Gareth Bale broke Liverpool’s hearts with a stunning substitute performance crowned with a spectacular overhead kick in Real Madrid’s 3-1 win over Liverpool in the Champions League final on Saturday night.

The Welshman acrobatically dispatched a 15-yard left-foot scissor-kick into the roof of the net three minutes after coming off the bench to replace Isco.

The sensational finish was, in fact, the end of a 16-pass move and just Bale’s seventh touch of the game. 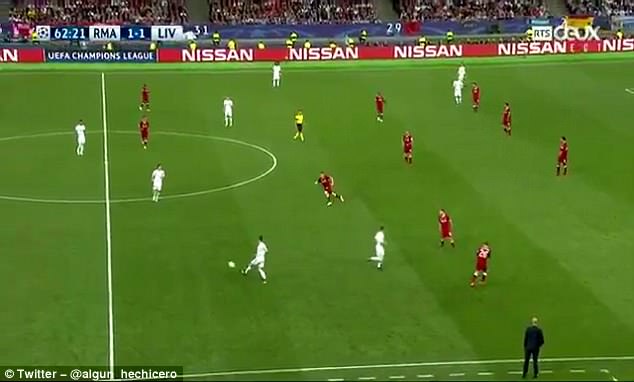 Bale rose 6ft 6in in the air to get his foot over the ball and his effort travelled at 38mph, flying past Reds goalkeeper Loris Karius.

The 28-year-old was also involved in the build-up to his 64th minute stunning strike.

Centre back Sergio Ramos started off the move by winning a header. 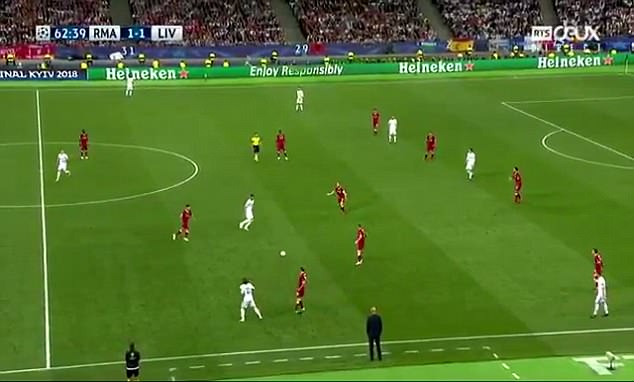 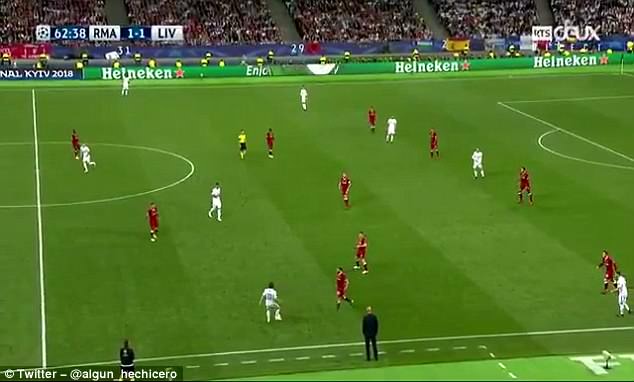 Luka Modric was then central to the passage of play, exchanging passes with Nacho and Bale in the centre of the park.

Madrid pulled Liverpool’s players around trying to work space and the ball went back to centre halves Ramos and Raphael Varane before Modric pulled the strings from further into the Liverpool half.

The Reds midfield tried to continue with their pressing but Toni Kroos switched the play quickly out to Cristiano Ronaldo on the left wing. 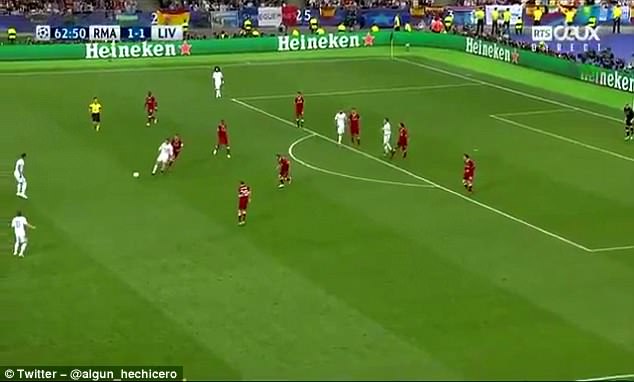 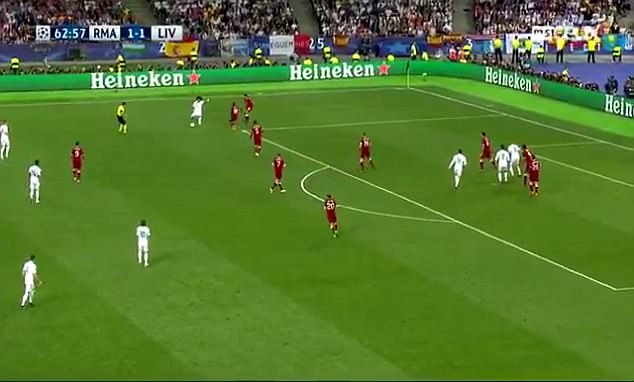 Casemiro then played the ball back out to the left to find Marcelo, who provided the assist 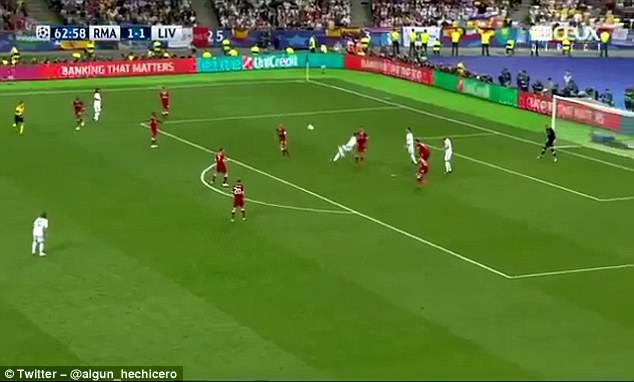 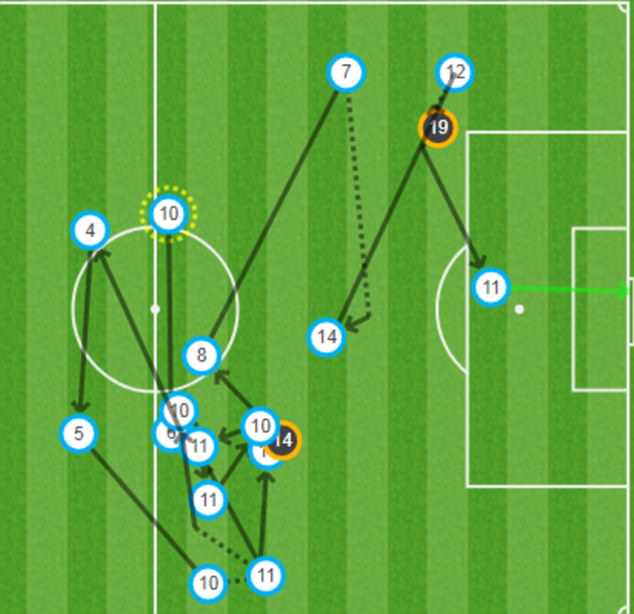 The Madrid star cut in trying to work room for the shot before laying the ball back to Casemiro who in turn found Marcelo out wide.

Bale, who had made his way into a centre forward position and drifted into the box, found himself in space just inside the area as Ronaldo and Karim Benzema occupied the Reds defence.

Marcelo’s right-footed cross came in and Bale connected for the sweetest of strikes. 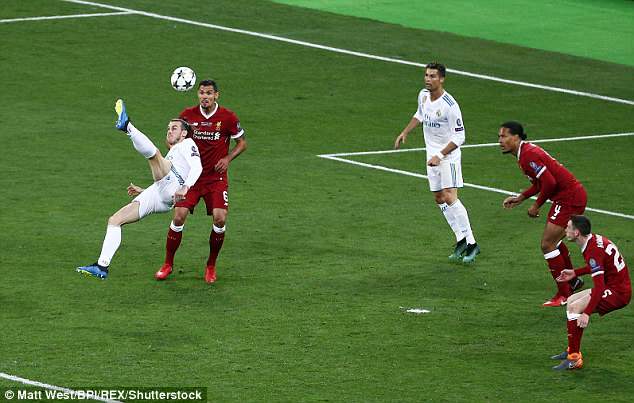 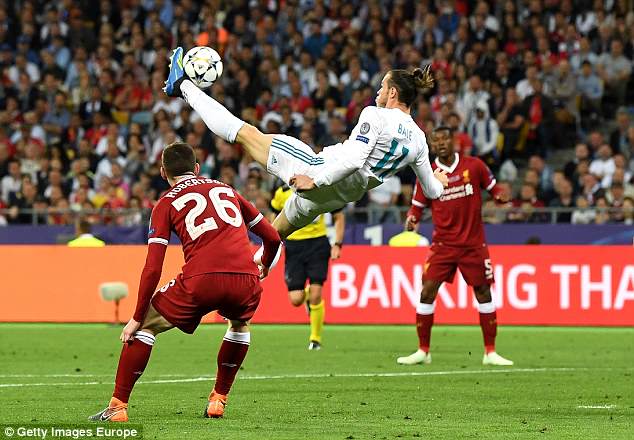 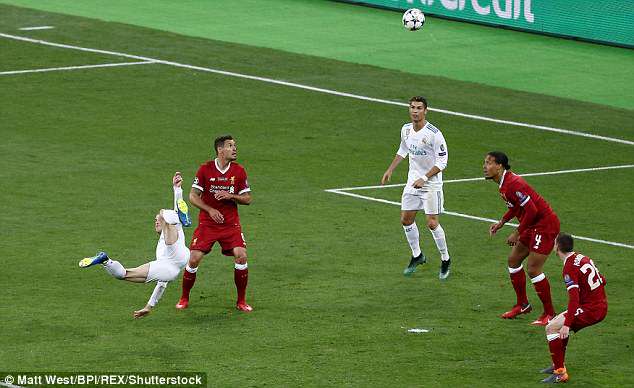