The Caledonian Hotel ordered to remove an Australian flag

A pub that has faces the threat of seeing its roof demolished because a giant historical Australian flag is displayed on it is hoping ‘common sense’ will prevail to stop this happening.

The Caledonian Hotel in the NSW Hunter region town of Singleton, which is north-west of Sydney, has also been threatened with a $500,000 fine over the offending flag.

The huge design, which has a prominent Union Jack in the corner of the red tin roof with a prominent Federation Star underneath and a representation of the Southern Cross was Australia’s first unofficial flag.

Singleton Council says it is an unauthorised structure on a heritage-listed building and demolition has been threatened but it is unclear if this means just the roof or of the building as a whole.

A spokesperson for the hotel said they had never intended to get into a dispute.

‘There’s no fight against council,’ the spokesperson said.

‘We’ve never thought we would have to put in a development application to raise the Australian flag. Hopefully common sense will prevail and we will all walk away happy.’

The spokesperson said the flag was a symbol of freedom.

‘The flag is the original Australian constitutional flag from the 1900s,’ the spokesperson said. 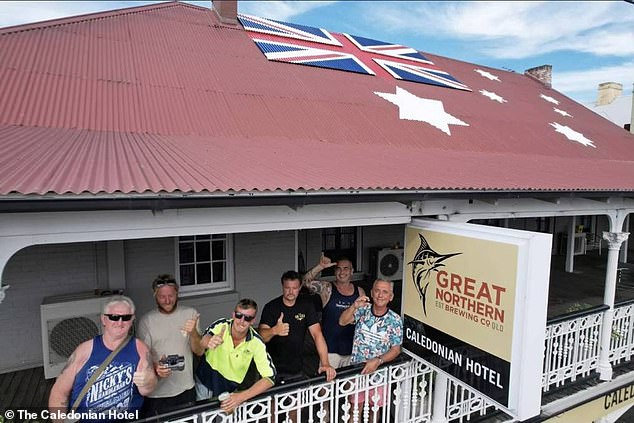 The pub, which gained notoriety for defying Covid restrictions, says it has received overwhelming public support

The Caledonian Hotel became a rallying point for people who opposed the Covid restrictions on hospitality venues last year and led the publican Brad Hill into a bitter feud with Sydney shock jock Ray Hadley.

Hadley went on to answer the sign’s rhetorical question while addressing Mr Hill.

‘Ray is the pain in the arse who will keep driving you mad until you start complying with health orders,’ Hadley said.

‘Ray will continue to do what he has done in the past, hold you to account you complete fool’.

The hotel spokesperson said that the venue’s stance had been falsely painted by the media. 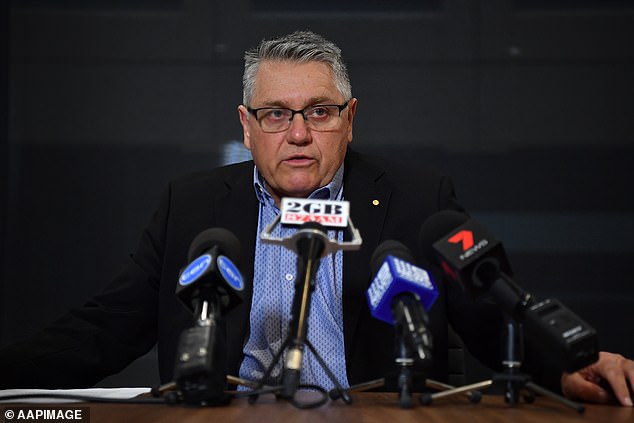 Because of its defiance of Covid regulations, which led to a $1000 fine, the pub and its owner got into a feud with Sydney talkback radio host Ray Hadley

‘We are not anti-vaxxers. We are for freedom of choice,’ the spokesperson said.

‘Freedom to choose, government has too much power and they never should have had that power.

‘Freedom of choice, freedom to choose what goes into your body basically. You should be able to choose not be forced.’

The flag was created in January by local roofers and painters after Mr Hill was fined $1000 in December for serving people who were unvaccinated during October’s Covid restrictions.

When in response the hotel hung a sign in its venue that said ‘who’s Ray?’ the talkback show host unleased a furious spray at Mr Hill, calling him an obscenity on air.

In the latest post on its Facebook page addressing the issue, the hotel says it has received ‘overwhelming support regarding the heritage Australian Flag that is proudly displayed on the roof of our hotel’.

The hotel said a meeting with council is set for next week, where it will ask for assistance ‘with a development application that hopefully will help resolve the current issue’.

Singleton Council told Daily Mail Australia it first told the pub to take down the flag in February after a complaint by a member of the public.

Because there had been no application to make the modification the council issued a second notice in August but said despite issuing a demolition order they wanted to discuss the matter.

‘Council encourages the owners to engage with Council to resolve the matter,’ a statement said. 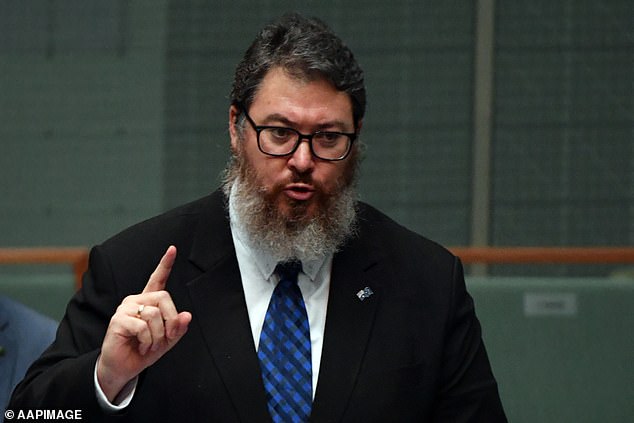 In its Facebook message the pub asked people to remain civil.

‘We ask people to be kind and courteous to others at all times,’ it said.

‘There are many good citizens in every council throughout Australia who do an excellent job and will go above and beyond that of their job as a member of council.

‘We would like to stress please treat others in the same manner that we all wish to be treated. Kindness, love, courtesy and dignity will always prevail.

‘We thank you and ask please be kind to ALL.’

The 224 comments showed that emotions were running high over the issue.

‘Hello, I’m the Lady from Bundaberg QLD, who rung you on Monday morning in tears to give you my support,’ one commenter wrote.

‘What the f**k is the problem with flying the Australian flag FFS if you’re a person who has taken offence to the flag you don’t belong in Australia,’ another comment read.

‘God bless you guys for standing up against tyranny and standing up for freedom time and time again – if the flag that represents our country offends and if the flag both Red and Blue the Red Flag being the true flag of the people offends you, the flag our Anzacs fought under for please re-evaluate your eligibility for citizenship…’ another wrote. 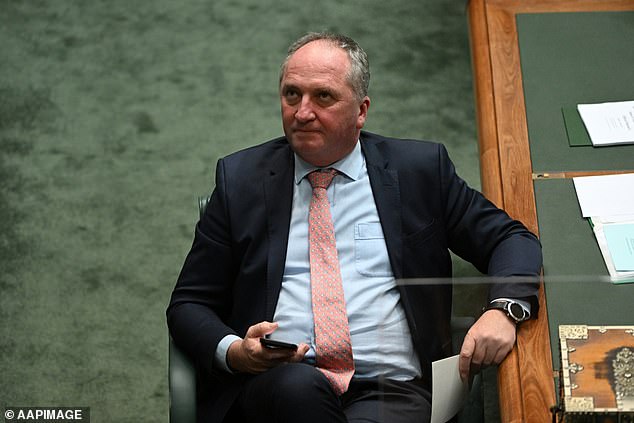 ‘Best of luck with the meeting – Shame Shame Singleton Council’.

The flag was created in January by local roofers and painters after publican Brad Hill was fined $1000 in December for serving people who were unvaccinated during October’s Covid restrictions.

When in response the hotel hung a sign in its venue that said ‘who’s Ray?’ the talkback show host unleased a furious spray at Mr Hill, calling him an obscenity on air.

According to real estate website realcommercial.com.au the pub was was listed for sale in May

‘The Caledonian Hotel ticks all the boxes with a large landholding, 15 gaming entitlements, 14 accommodation rooms, on-site parking, and managed by single venue operators. The interest will be strong,’ the listing said.

However, it appears the pub has not changed hands.