The cat with the HUMAN face

This is the hilarious moment a cat pulled a remarkably human-like face after its owner screamed.

In the video, captured in Weihai City in eastern China’s Shandong Province on February 15, the cat’s owner decided to disturb the animal’s peace and quiet.

She playfully sticks her foot into the animal’s bed and at first the cat appears to enjoy it. 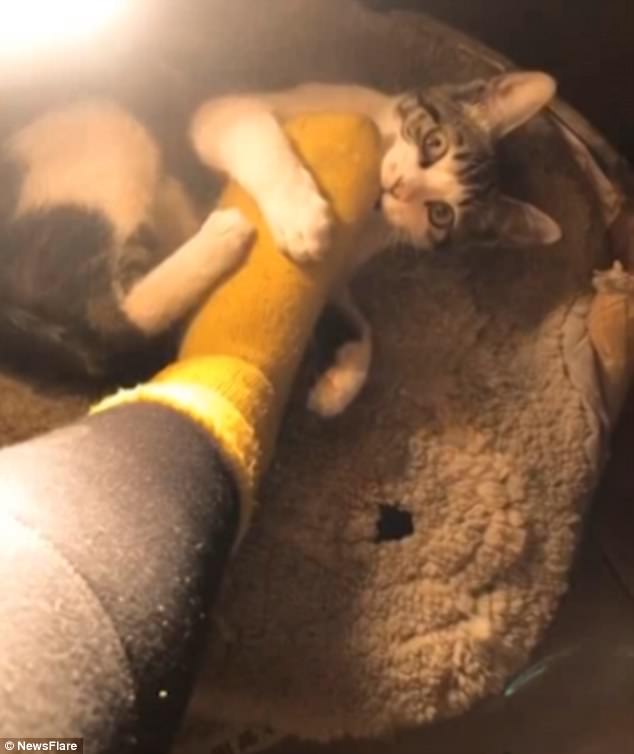 At first, the cat appears to enjoy the interaction and playfully bites the woman’s foot

She playfully grabs hold of it and hugs it.

But then she bites it – leading to an exaggerated scream from the owner.

As the owner starts to scream, the cat opens its mouth with a shocked expression that mimics how a person would react.

The footage has been viewed thousands of times online. 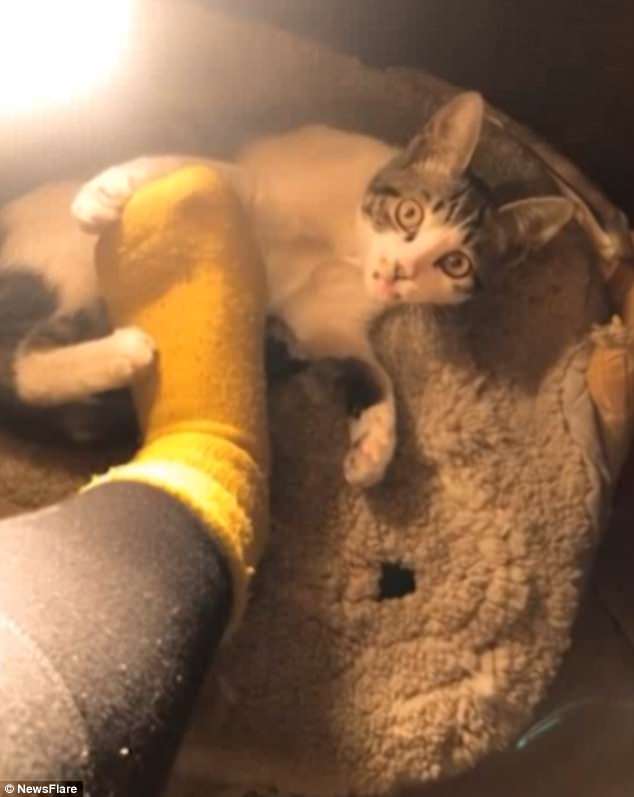 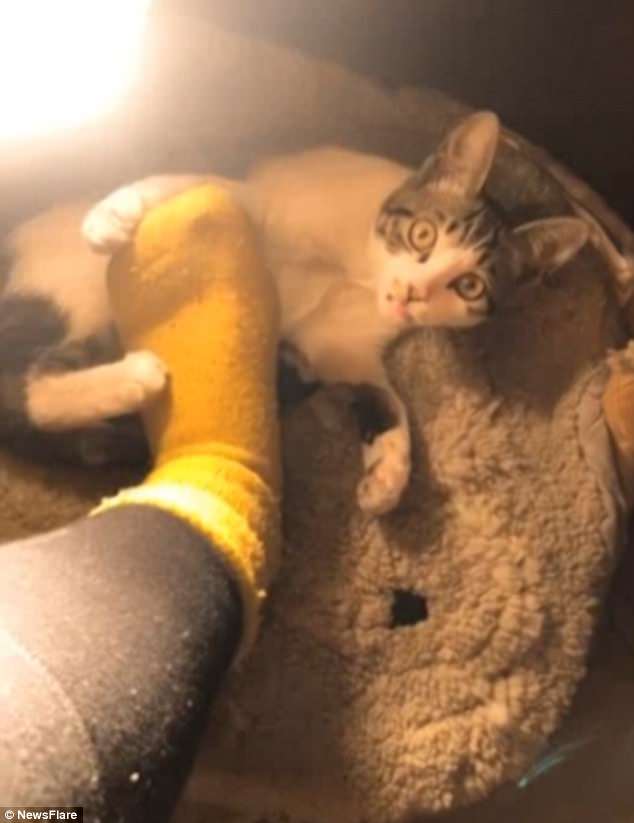 The cat’s look of surprise is oddly human. The video was captured in Weihai City in eastern China’s Shandong Province