The Chandelier Market in India is thriving 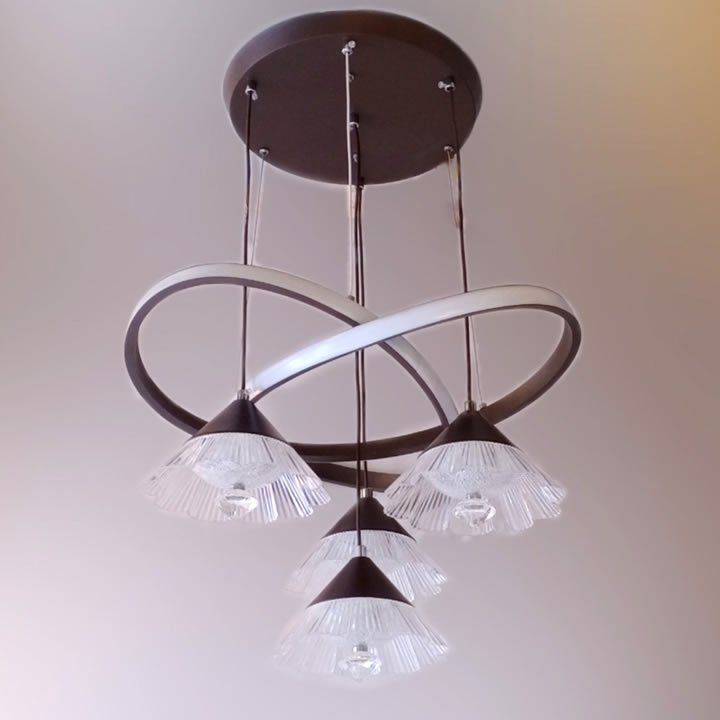 The chandelier market in India can actually be dated back to medieval times, when candles were used on a piece of wood resembling a cross, which would then be hoisted up to provide light in the room. Obviously things have moved on significantly as time has evolved and in the 20th century, designs became works of art. Many people would remember the Hindi movies where the large mansion would have a shot of a magnificent chandelier light and in the hit movie Hum Aapke Hain Kaun, the hero Salman Khan actually uses the chandelier to swing around the room.

Places such as the Hotel Ramada Plaza in New Delhi are run by Ashok Mittal and he also has the Litolier Group. They import marble and lights from Europe; according to Mittal, these classic designs are definitely increasing in popularity as they make a comeback. But it is not just these more expensive, classic chandeliers which are doing well. Vikram Goyal of Viya Home says that the modern designs which favour metal are doing well too. This has proven to be helpful for places like the Ferozabad glass factories, where many of the glass chandeliers are produced.

Although owners like Mittal import from Europe, there are also domestic chandelier manufacturers who export to places like the US and UK due to the popularity and market demand for Indian chandeliers, mainly in the hospitality industry. To give a perspective on figures, one manufacturer, PC Juneja of Turret Art Metal and Jainsons Electronics (Mumbai) says they export around 1500 chandeliers per consignment. These are destined for restaurants and hotel dining rooms in both the UK and US.

The way that chandeliers are manufactured affects price. Chandeliers which use brass are the most expensive variety to usually buy, however the demand for chandeliers in India continues to rise and this is due to the buyers not just being the wealthiest homes. Because the current market until now has so many imports and with techniques allowing for making smaller chandeliers in both the classic and modern styles, many middle-class homes are also buying them for domestic use.

People are looking for ‘light solutions’ so with the huge choice available, modern chandeliers at a cheaper market price are going up in sales rapidly. The demand is being serviced both from the domestic market and the import market with sales up 40 percent both in commercial and residential premises. By referencing a catalogue or going online, buyers can have custom-made designs, works of art, simple solutions, anything they decide to choose. Price points vary anywhere from Rs 500 to Rs 50 lakh overall. Some of the types of chandeliers now widely available are pendant, cluster, uplight, downlight and it can of course depend on whether or not the chandelier is for commercial or domestic usage.

Estimates for the industry show that the actual domestic chandelier market (manufactured in India) is worth Rs 1000 crore. This is a growth of 35 percent and represents the continuing opportunities that domestic manufacturers have to grow their margin in a highly competitive market. With greater online access, it is much easier to compare and contrast quality, price, style and size to ensure that even domestic buyers can have the chandelier of choice. The chandelier market in India is indeed thriving!