The change coming to Uber: Customers will be able to pay for public transport AND rideshare on app

The massive change coming to Uber: Customers will soon be able to pay for public transport on the ride-sharing app

The NSW state government is working with the popular ride sharing app, and said Uber has already started combining info from state public transport into its app

Uber customers could soon be able to pay for public transport tickets on the app.

Sydney will become the first city in the Southern Hemisphere to have public transport added to the Uber app, NSW transport and roads minister Andrew Constance announced on Monday.

He said the collaboration will help Sydneysiders make better decisions on how to get around the city, while reducing congestion on the roads.

When customers enter their destination in the app, ‘public transport’ will come up as an option.

‘Nearby transport hubs, timetable and pricing information will be displayed on the screen of their smart phone, making them even more aware of alternative options to using a car,’ he said.

‘The journey is no longer about a single mode of transport, it’s about a combination of modes to get to you your destination in the most convenient way’.

Arrival and departure times for trains, buses, ferries and the metro will be shown on the app.

It will also include directions for those commuters wishing to walk to and from public transport.

‘We want to help people replace their private car with their phone. To do this people need an alternative that is faster, easier and cheaper than owning your own car,’ she said.

‘An integrated platform of different transport options aims to reduce congestion on our roads. This is good for everyone, including ride share drivers and riders using the Uber app.’

In June it was announced that Melbourne, Los Angeles and Dallas will be test cities for Uber’s planned ‘urban air mobility’ service. 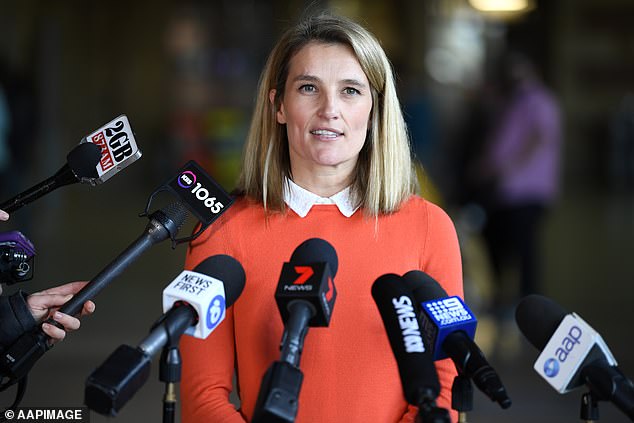 Head of cities for Uber Australia and New Zealand, Kate Stannett, said Uber is looking beyond just ridesharing, and aims to become a true transport platform