A keen cyclist who was killed on the road had penned a chilling open letter appearing to foreshadow his tragic death just four days before being run over.

Sunshine Coast man, Cameron Frewer, 44, was struck and killed by a ute while on his regular morning cycle in Caloundra on November 5 at about 6am.

The father-of-three had written the letter to voice his frustrations over police not prosecuting drivers who failed to give cyclists enough room while overtaking.

‘I just felt the need to say my piece in the event something ever happens to me (God forbid). I know I am not the only rider with these issues,’ he wrote.

Sunshine Coast man, Cameron Frewer, 44 (pictured with his family), was struck and killed by a utility vehicle while he was on his regular morning ride in Caloundra on November 5 at about 6am 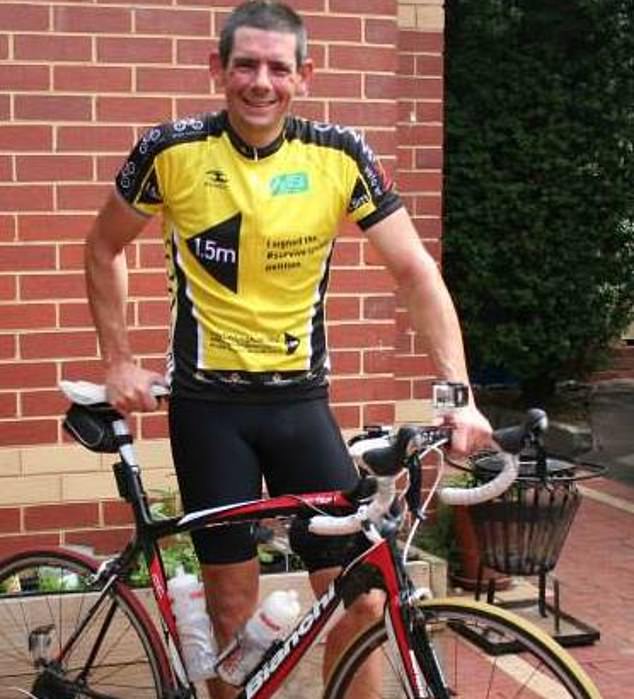 In the detailed letter, obtained by Daily Mail Australia, Mr Frewer listed the lengths he went to in order to be as safe as possible on the roads, including flashing lights, a ‘pass safely’ sign on his bike and cameras mounted on the front and back.

‘I am hardly the ‘stereotypical’ lycra lout, but I do value my life and I value a law and process that encourages people to use bikes for whatever reason,’ he wrote.

His death just days later brings a whole new level of tragedy to the letter.

‘The question I often ask myself is, ‘Will bicycles ever be considered vehicles by those entrusted with upholding the states road laws?’ Or will the excuses for poor driving, victim blaming and irrelevant comments continue?’ he wrote. 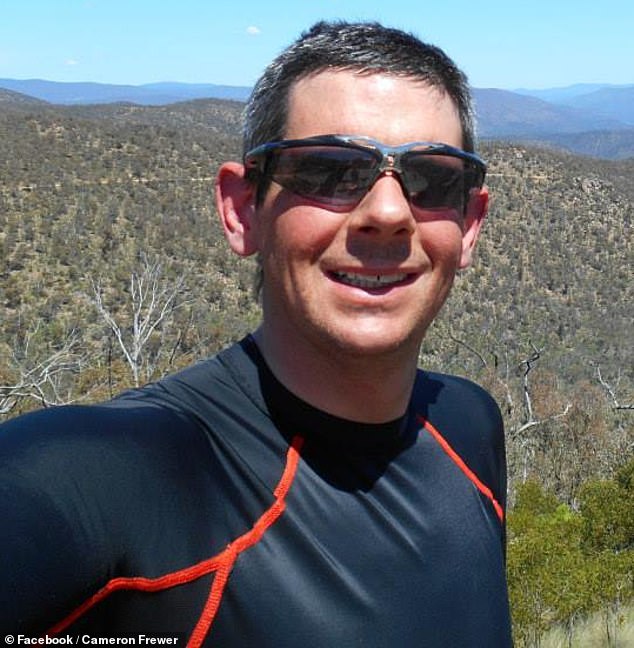 Mr Frewer was an outspoken advocate for cyclist road safety and supported adjusting the road rules where needed.

He had built up a close working relationship with Bicycle Queensland CEO and friend Anne Savage.

‘We are heartbroken to report this evening that the cyclist killed in a crash this morning on the Sunshine Coast was a close friend and member of Bicycle Queensland,’ the statement read.

‘He was one of our fiercest advocates and fought every day of his life to make Australian roads safer for cyclists.’

‘Our thoughts are with his devastated wife and children right now. This is the darkest of hours.’

‘We plan to honour Cameron’s memory by continuing his campaign to protect the safety of cyclists and promote respect on our roads,’ the statement read. 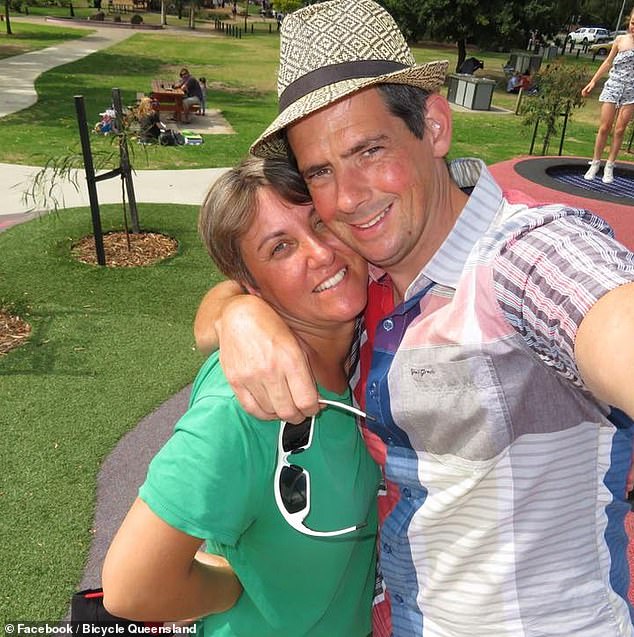 A GoFundMe page was set up to help his devastated family transition into life without their husband and father.

‘Cameron was a beloved husband and loving father to his wife Catherine and his three children Lachlan, Oscar and Heidi,’ the post read.

‘Cameron has been described as the most generous person in every aspect of his life, with both his heart and his time.’

‘The family has already received an outpouring of love and support from the community. As they face this major transition in their life, we ask that you share this and donate what you can as we rally together.’

The driver of the vehicle has not been charged while police wait for results from their crash investigation teams.