The correct way to pronounce Dr. Seuss and other authors

Some of the most popular authors names, including Dr. Seuss, are not actually pronounced the way we all think they are, and most people have been saying them wrong without even knowing it.

Prepare to have to your world flipped upside down because popular names in literature that have become so common, are not actually being said correctly.

Reader’s Digest shared a list of 18 author’s names that you think you’re saying right, but are actually so wrong and once you see the correct pronunciation, you won’t be able to look at their names the same.

Suess: While majority of people pronounce Dr. Seuss to rhyme with ‘Zeus,’ the real pronunciation is ‘soice,’ rhyming with ‘voice’

The majority of people tend to pronounce Dr. Seuss so that it rhymes with ‘Zeus’ or ‘moose’ – however, that is not correct. According to Alexander Liang, a college friend of Dr. Suess, the correct pronunciation is ‘Soice,’ which rhymes with ‘voice.’

Liang even created a little poem sharing the correct way to pronounce the author’s name: ‘You’re wrong as the deuce and you shouldn’t rejoice, If you’re calling him Seuss. He pronounces it Soice or Zoice.’

Eventually, after no one could catch on to the real pronunciation, Seuss gave up and just adopted the way everyone said his name. 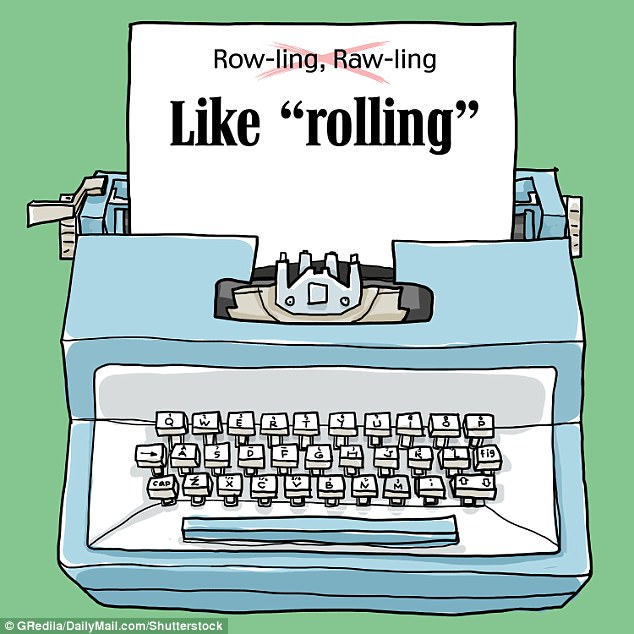 Creator of Harry Potter, J.K. Rowling, who’s real name is Jo Rowling, short for Joanne, does not pronounce her name as row-ling or raw-ling. Instead, it’s pronounced exactly like the word, ‘rolling.’

In an interview with The Guardian, J.K. was asked about her names and admitted, ‘I answer to both. I can’t remember the last time I corrected someone when they said ‘row-ling.”

‘In fact, in America, I think everyone thinks I’m J.K. Rowling, so I just answer to both. Rowling is a fairly horrible name anyway,’ she said about the real and fake pronunciation of her last name. 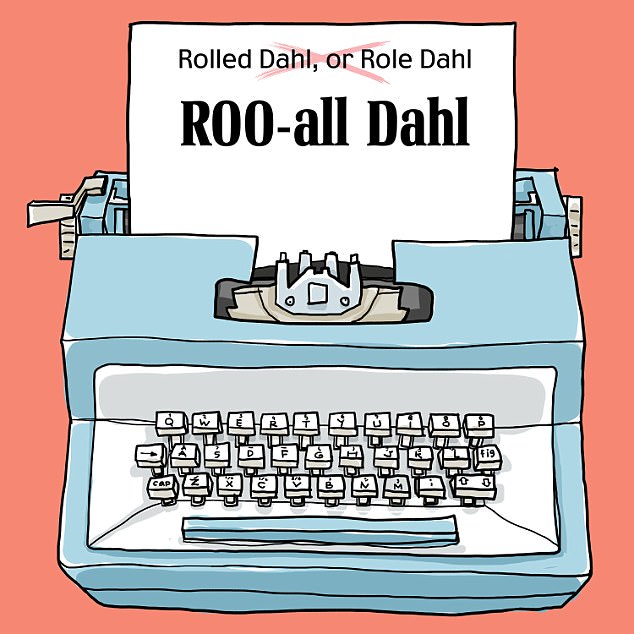 Dahl: Roald Dahl, author of Willy Wonka and James and the Giant Peach, is Norwegian and pronounces his first name ‘roo-all’ not ‘rolled’ or role’

Author Roald Dahl of classic books like Willy Wonka and James and the Giant Peach, has always had a hard name to pronounce.

While never quite sure if we were saying it correctly, we didn’t think the real pronunciation would be what it actually is.

Many people pronounce his name as ‘rolled’ or ‘role,’ but actually his name is pronounced ‘Roo-all’ Dahl, which is a Norwegian pronunciation. He was named after Norwegian polar explorer, Roald Amundsen. 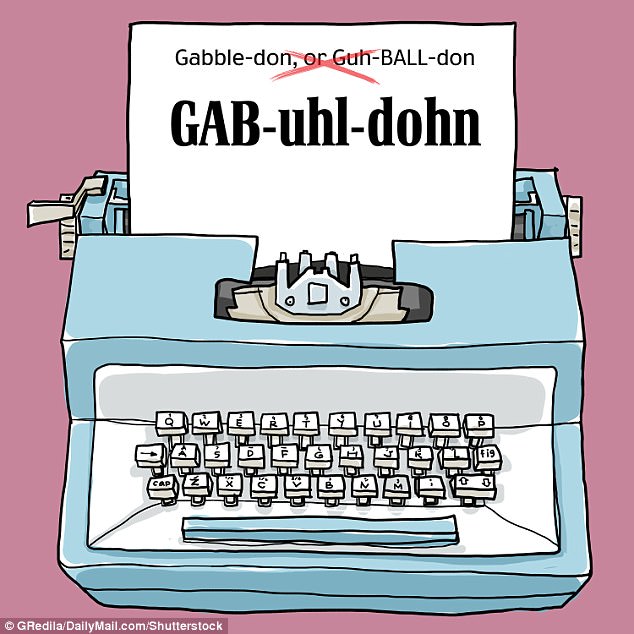 Gabaldon: Author of the Outlander series novels, Diana Gabaldon pronounces her name ‘gab-uhl-dohn’ with a long ‘o’ but many people pronounce her name to rhyme with ‘mastodon’

Diana Gabaldon, author of the Outlander series novels, has her name mispronounced all the time, so she took to her website where she cleared up some confusion.

‘For reasons unknown, people from New York City… invariably pronounce it to rhyme with “mastodon.” One of these days, I’m going to put the accent mark over the “don” that the name probably had when it came from Spain, and see if that helps.’ 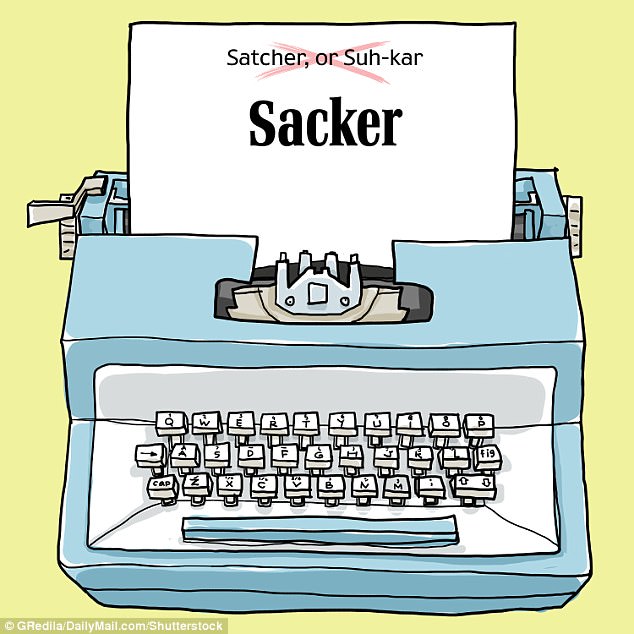 Sachar: Author of Holes and the series Wayside School, Louis Sacher said that many people struggle with his last name and say ‘Satcher’ or ‘Suh-kar’ but it’s actually ‘sacker’ 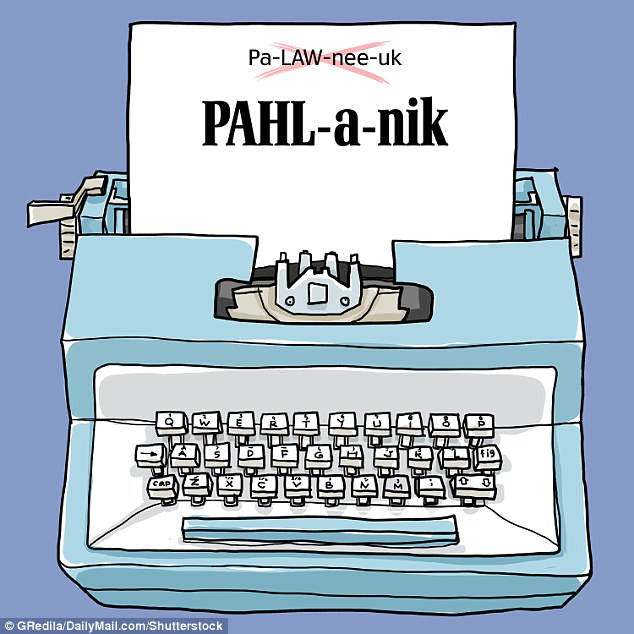 Palahniuk: One of the hardest names to pronounce is Chuck Palahniuk, author of Fight Club, pronounces his name ‘pahl-a-nik’ not ‘pa-law-nee-uk’ 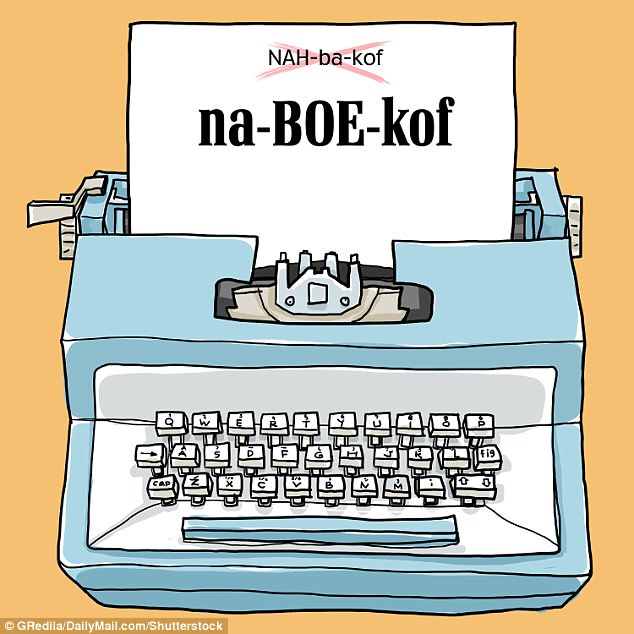 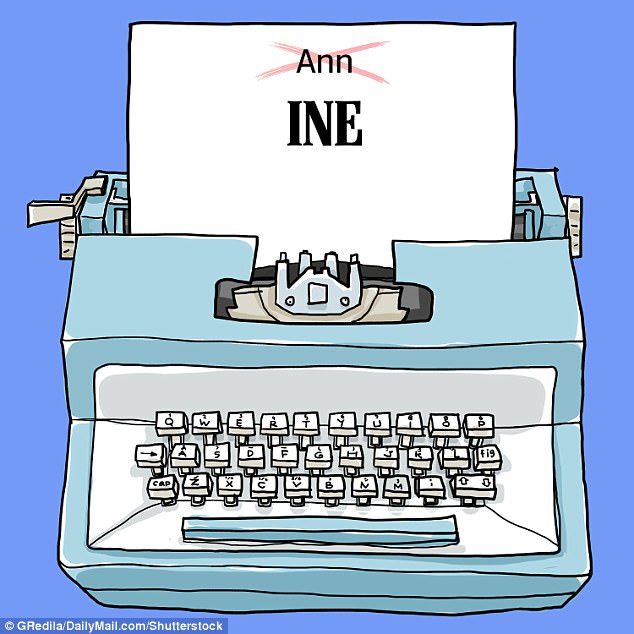 Rand: Ayn Rand, author of Atlas Shrugged, who’s birth name is, Alisa Zinov’yevna Rosenbaum, says her first name as ‘ine’, not ‘ann’, and the correct way should sound like ‘mine’ 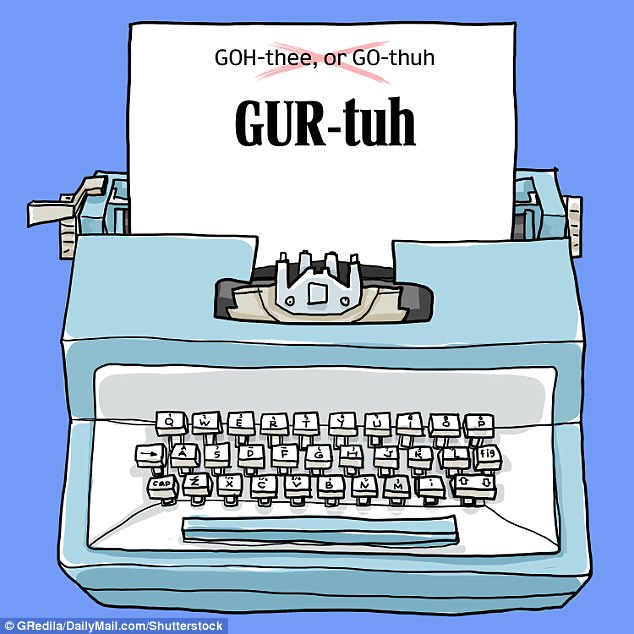 Goethe: German writer, Johann Wolfgang von Goethe, can simply be referred to by his last name, which is pronounced correctly as ‘gur-tuh’ but people say ‘goh-thee’ or ‘go-thuh’ 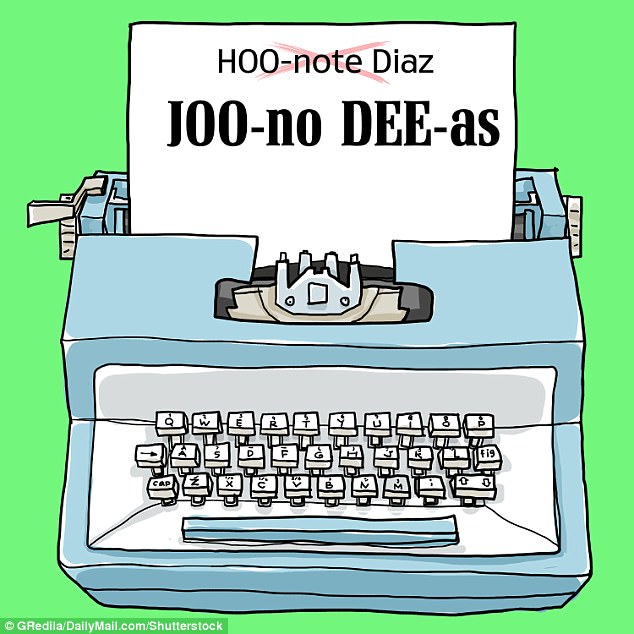 Diaz: While many Latino names starting with a J are pronounced ‘hoo,’ Pulitzer Prize-winning author from Domincan Republic, Junot Diaz, pronounces his name as ‘joo-no dee-as’ 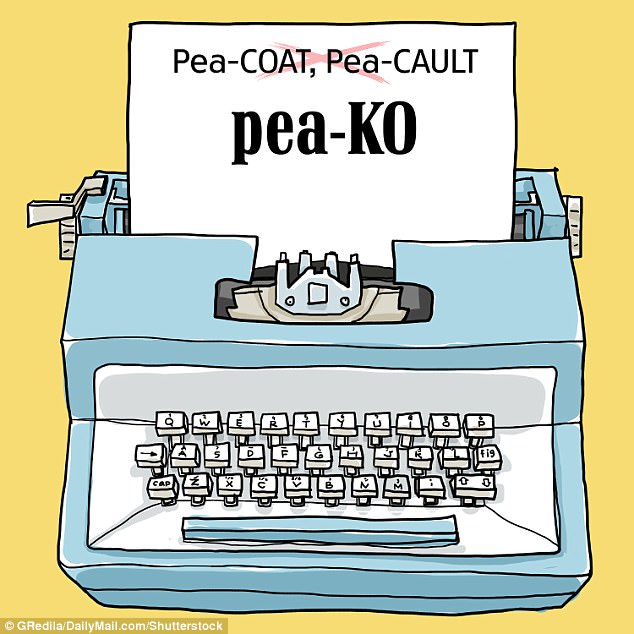 Picoult: Author of My Sister’s Keeper, Jodi Picoult pronounces her last name as simply, ‘pea-ko’ not ‘pea-coat’ or ‘pea-cault’ 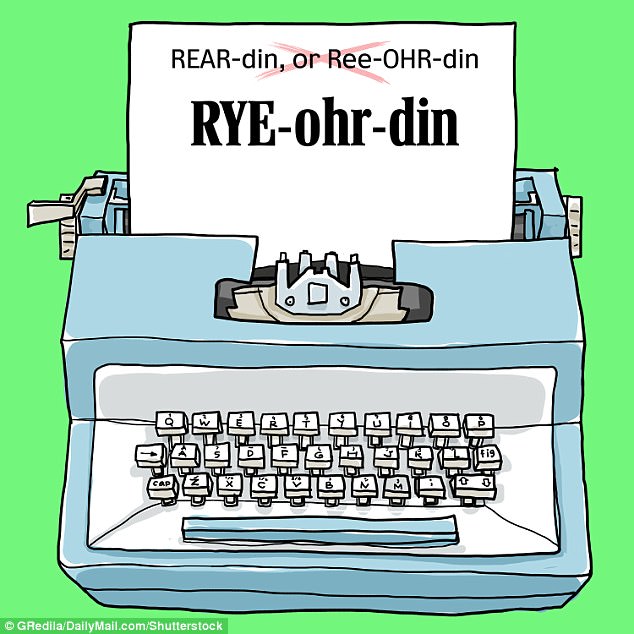 Riordan: Author of the Percy Jackson series, Rick Riordan pronounces his name as ‘rye-ohr-din’ not ‘rear-din,’ or ‘ree-ohr-din’ 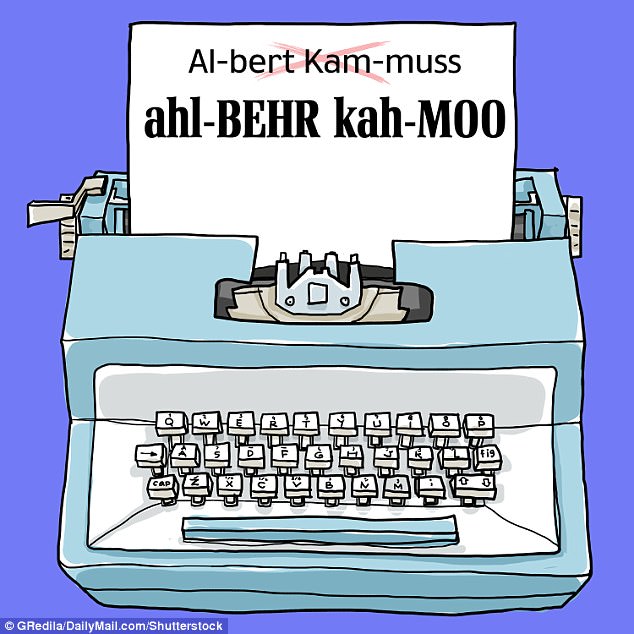 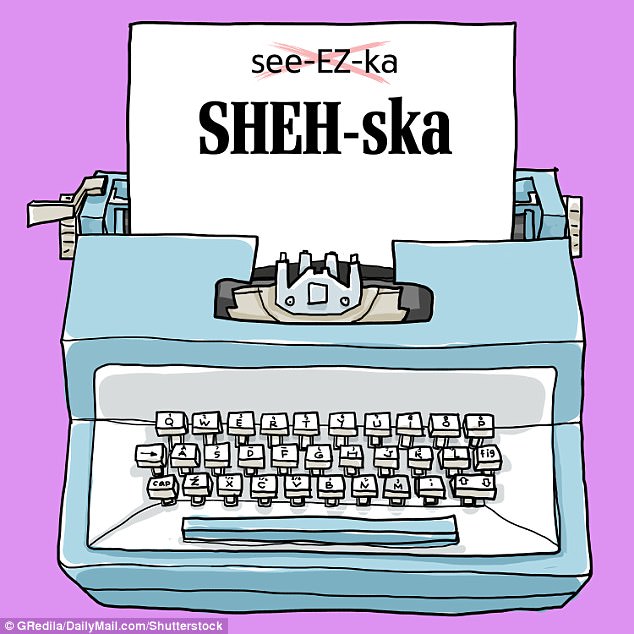 Sciezska: Children’s book author, Jon Sciezska, well known for his Time Warp Trio series, pronounces his last name as ‘sheh-ska’ not to be confused with ‘see-ez-ka’ 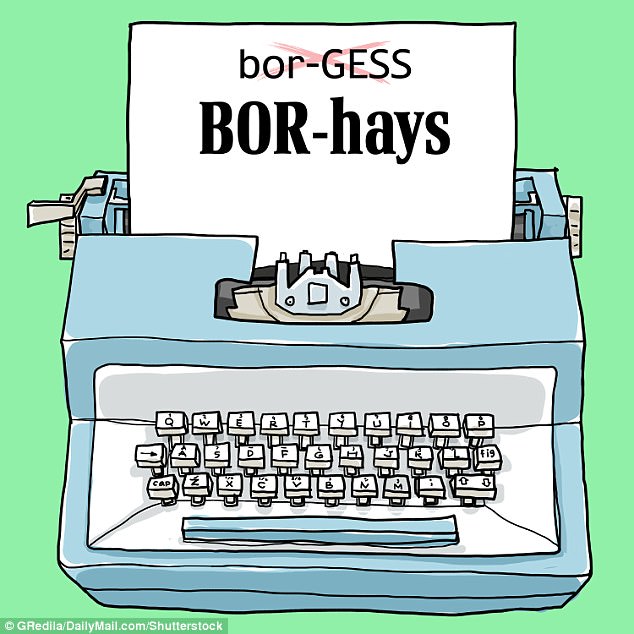 Borges: Jorge Luis Borges, an author from Argentina, pronounces his last name with a silent ‘g’ and it’s said as ‘bor-hays’ not to be confused with the most common way ‘bor-gess’ 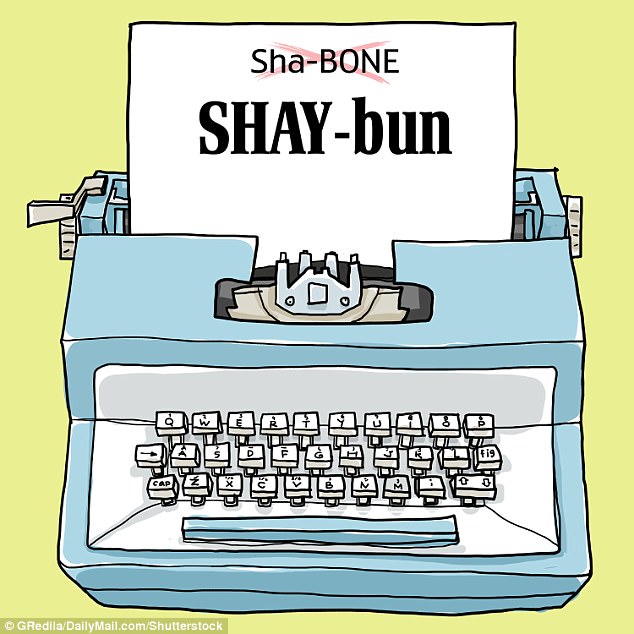 Chabon: Author and winner of the Pulitzer Prize for Fiction, Michael Chabon pronounces his last name as ‘shay-bun’ not ‘sha-bone’ 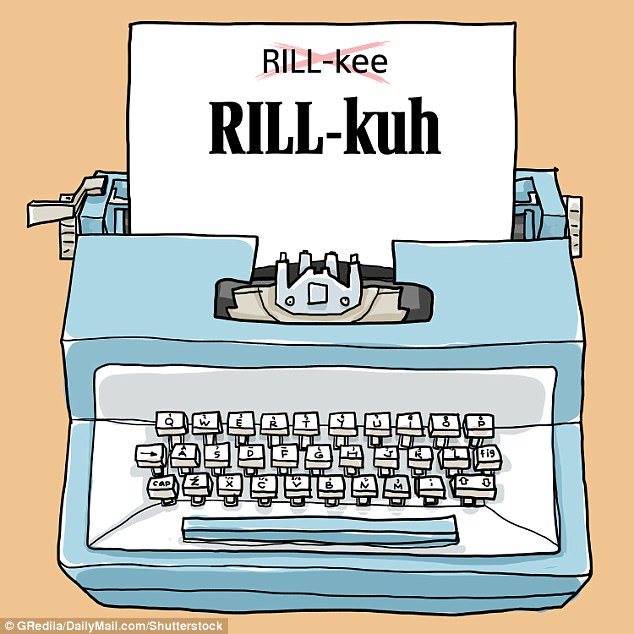 Rilke: Austrian poet and author, Rainer Maria Rilke, born in Prague, pronounced his name as ‘rill-kuh’ not ‘rill-kee’ as many people say 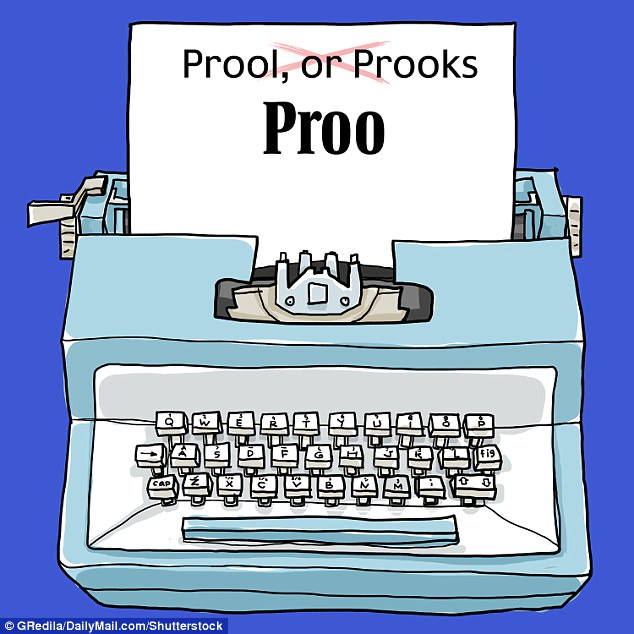 Proulx: Annie Proulx, born Edna Ann Proulx, is author of the novel, Brokeback Mountain, and pronounces her name as ‘proo’ not ‘prool’ or ‘prooks’