The price of your favourite takeaway could increase in the coming months with one restaurant boss saying the cost of importing ingredients is rising weekly.

As This is Money has pointed out since last summer, container chaos at Britain’s ports has had a detrimental hit on many businesses who rely on imports – and the problem appears to be worsening.

One small business owner in Essex says the cost of a container coming through Felixstowe from the Far East is now being billed at $17,000 –  a price that has rocketed since the start of the pandemic.

The potential rise in takeaway costs is down to these delays at the ports and higher prices, according to an investigation by Foodhub.

Brexit: Takeaways in the UK could be struggling due to the cost of ingredients increasing

One takeaway owner has said that key ingredients such as flour, chips, chicken and cheese have risen in price, hitting his business hard.

Phil Adams, who is the general manager at Tiger Bike in Stoke-on-Trent, says despite the price hikes, the business simply didn’t have the choice of removing these four key items from the menu, as this would have inevitably hit impacted sales.

Whilst some may question why it would not be possible to get these items from the UK, most of the materials largest come from overseas.

The raw materials for Cheese largely come from Denmark whilst pizza market flour has a large amount of Canadian wheat in it which means, by the time it has been transported to the UK, the price has increased due to rises in transport costs.

Across the board, transport costs have played a big part in these cost increases.

Phil said: ‘We had no choice. We just had to carry on and pay the increased cost, as I’m sure the vast majority will have done. Prices changed in a matter of hours and days. Demand became higher, supply lower.’

Phil said that 90 per cent of his customers order chips and, unfortunately, this was the biggest cost rise and the highest risk of being unavailable.

‘How many people will realistically order from a takeaway that has run out of chips, or hiked their price dramatically? Could you imagine KFC running out of chicken, again?’

‘A huge amount of our food is imported, and we simply could not risk disappointing the volume of customers we serve.

‘Our suppliers were ultimately at the mercy of their suppliers. The chain goes upwards. Ultimately, we come second to last on that chain. Only our customers suffer after us if we can’t guarantee a supply.’ 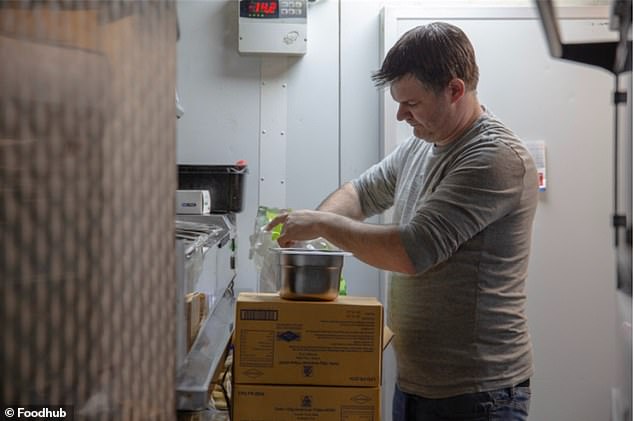 Phil Adams, General Manager at the Tiger Bite takeaway, says there has been difficulties

Phil Adams, General Manager at the Tiger Bite takeaway in Stoke on Trent, said: ‘Since leaving the EU, we have seen price increases in flour, chips, chicken and cheese, which are four of our most heavily ordered items.

‘The main problem was the lack of information we had prior to this, as it just made forward planning impossible.

‘Our food cost on a standard week increased pretty much week by week and availability became increasingly more challenging.’

But it is not just the increasing cost of ingredients that is the problem as the delays at ports that took place over Christmas last year have also crippled the supply chain.

‘If a business doesn’t have a core item available, you lose a whole order of £15 to £20, not just the £2 portion of chips. Overnight your business has the potential to slip away.’

Due to this loss of supply, Tiger Bite, had no choice but to delay any investment into new equipment for its business.

Additionally, Phil made the difficult choice not to recruit any more team members in order to protect the income of his existing workers.

Another blow to the supply chain could come in the form of a lack of HGV drivers, which are not among the list of eligible skilled occupations, meaning they are currently excluded from skilled work visas.

The Road Haulage Association has reported there has been a drop of around 15,000 UK drivers, relating to Eastern European drivers leaving the UK at the start of Brexit.

The economic climate has also not helped the vulnerable position of the nation’s takeaways as, during lockdown, many people were put on furlough, meaning that they simply did not have the money to invest in increased takeaway prices. 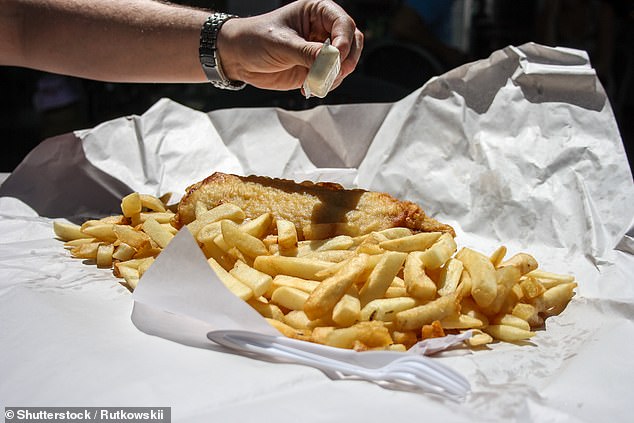 Phil said 90% of his customers order chips and, unfortunately, this was the biggest cost rise

However, things could have been much worse for the nation’s takeaways over the past year.

Phil said: ‘In hindsight, the fact the restaurant dine-in business was closed probably made things just about bearable.

‘Had everyone in hospitality been in full trade, I’m almost positive many takeaways would have folded, as their buying power simply can’t match that of the huge high street chains.

‘Ultimately, through the pandemic and lockdown, it is the local takeaways that have catered for the masses. Only supermarkets or stores of a similar nature, managed to stay open. The impact of Brexit could have had far worse consequences.’

However, looking forward, it is thought there could be more problems to come.

Ardian Mula, chief executive of Foodhub, said: ‘Feedback from our partners has been that they have been caught in the perfect storm during the last few months.

‘The national lockdown has unequivocally saved the livelihoods of many takeaway owners, and while we are proud to have been supporting the public during this time, the industry cannot rely on this for much longer.

‘If these price increases remain, or even increase further as we continue to come to terms with the implications of leaving the EU, it’s highly likely that takeaways will start passing on some of these increases to customers – it just wouldn’t be sustainable to absorb them in the current climate.’

Ibrahim Dogus, Chair of the British Takeaway Campaign said: ‘Small takeaways like ours have found that the increased cost of importing ingredients has skyrocketed, which has a serious knock-on effect.

‘If we want to keep the ovens hot inside our local favourites, more needs to be done to make sure the change in import rules doesn’t hamper the smallest businesses at the end of the supply chain.’

Phil added: ‘In November and early December, we effectively wrote off any profit and invested our money into ensuring we had enough stock to cover the Christmas period if the ports weren’t to reopen, but many businesses will not have been able to do the same.’

‘Unpredictable price rises and change could make life for takeaways and the food industry more difficult in the near future.’

This is Money has previously reported on the difficulties British businesses which sell and transport imported goods have faced.

We revealed surcharges and higher shipping costs imposed by some of the world’s largest shipping lines have fed through into higher costs for businesses, and potentially consumers.