The countries that saw the biggest house price rises in 2020

Revealed: The 11 countries where house prices grew more than in Britain last year – including one where values are up a THIRD despite the pandemic

We may have seen the price of the average home go up by around £15,000 last year in Britain despite the pandemic – but this paled in comparison to other countries which saw astronomical rises of more than 30 per cent.

Eleven countries saw bigger property price increases than in the UK, including New Zealand, the US and Canada.

Turkey topped the table with the cost of the average home increasing by almost a third, according to the global house price index compiled by estate agent Knight Frank.

The country has led the index for the past four consecutive quarters.

Wellington in New Zealand, which saw the second-highest house price rises in the world

It was followed by New Zealand, where prices went up by nearly 19 per cent in 2020, and Slovakia, where they increased by 16 per cent.

According to Knight Frank’s index, house prices in the UK increased by 8.5 per cent in 2020, putting it 12th in the list.

Along with New Zealand, Russia, the US and Canada, the UK rocketed up the rankings in the final quarter of 2020. 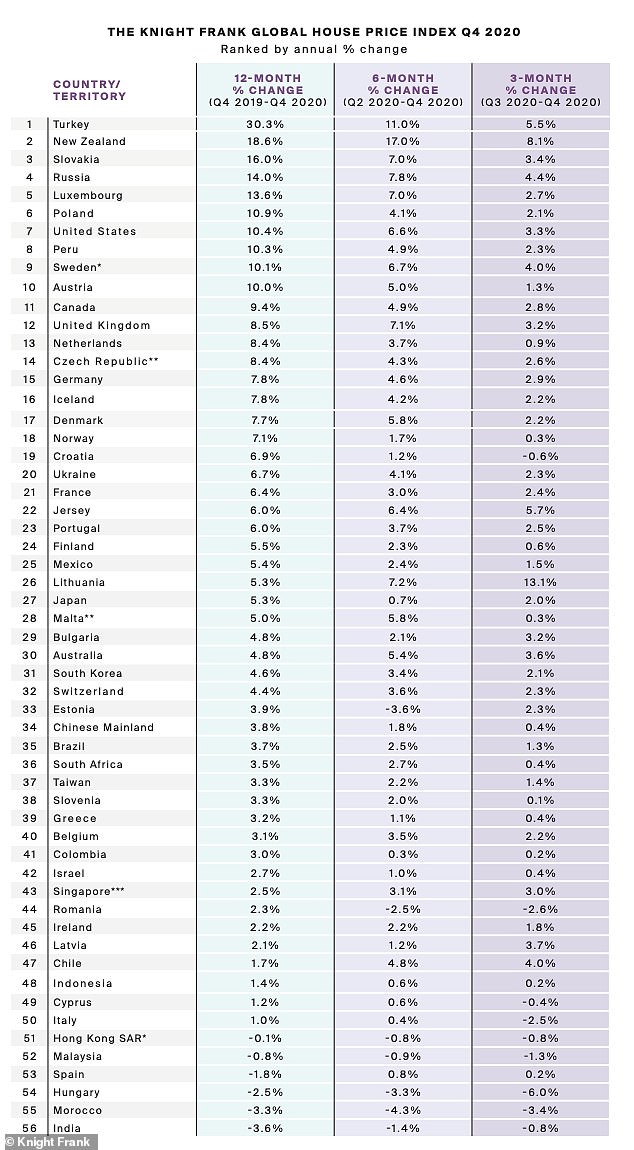 On the up: House prices increased in the majority of the countries in Knight Frank’s index 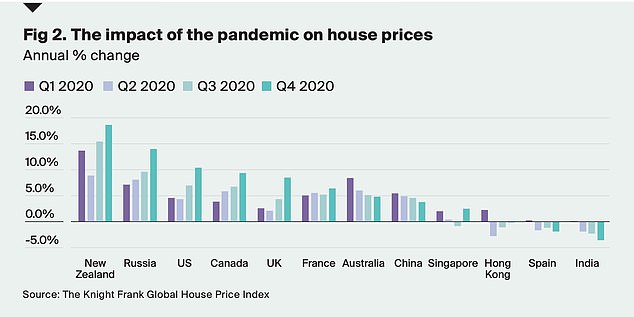 Price growth accelerated toward the end of 2020 in the UK, among other countries

In 2020 as a whole, house prices in the UK increased substantially more than some of our European neighbours.

Homes in Germany increased in value by 7.8 per cent on average, while in France they grew by 6.4 per cent, and in Ireland, 2.2 per cent. In Jersey, meanwhile, they grew 6 per cent.

Spain was among the worst-performing countries in the index, as prices dropped by 1.8 per cent, while Italy was also in the bottom ten having seen growth of just 1 per cent. 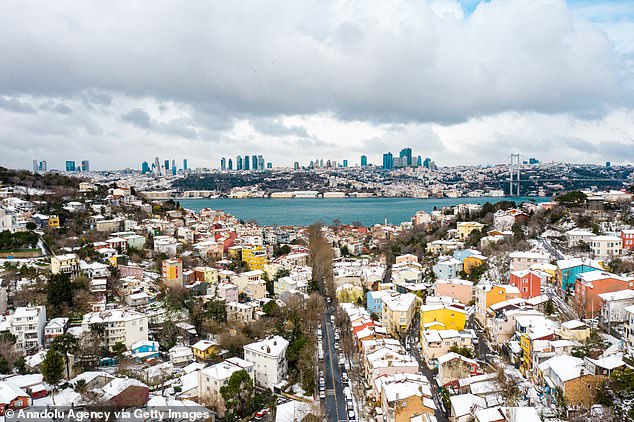 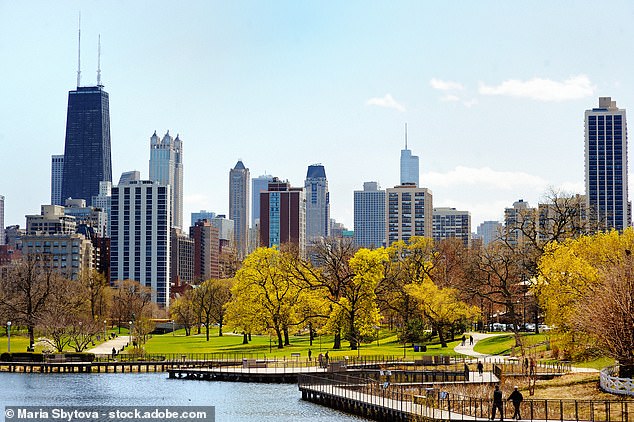 ‘With travel bans in place, demand is coming from domestic buyers who have reassessed their lifestyles since the pandemic hit, many now seeking home offices and outdoor space,’ the report said.

Only six countries in the index saw house prices decline. The steepest fall was seen in India, where the value of the typical home fell by 3.6 per cent, while Hong Kong experienced a marginal 0.1 per cent fall.

Across the world, Knight Frank said house prices were rising at their fastest rate in nearly three years.

Nearly nine out of ten countries saw prices increase in 2020, fuelled by demand from those wanting to move because of the Covid-19 pandemic.

However, the analysts at Knight Frank warned that prices could begin to soften this year as government support measures put in place during the pandemic were gradually withdrawn.

‘The speed with which the vaccine is rolled out and economies reopen will directly affect the performance of housing markets in 2021,’ the report said.

‘As policymakers step away from stimulus measures leaving jobs and mortgages less protected we may see prices weaken, but the easing of travel bans may see cross-border transactions start to recover mitigating some of this impact.’