A couple are grateful to be struck down by Parkinson’s disease in their 40s after they met in a support group and fell in love.

Entrepreneur Jason Batup, 47, from Hampshire – who was first diagnosed in 2012 – initially blamed the condition for the loss of his marriage, job and family home.

But, after meeting fellow sufferer Martha Hollie, 41, in a Parkinson’s UK support group for the neurological condition in March, he insists it was all a blessing in disguise.

‘Because of this, in many ways, I think being diagnosed with Parkinson’s was the best thing that ever happened to me,’ he says. ‘Had I not had the disease I never would have met Martha.’

The first signs of the disease that would change Mr Batup’s life forever emerged on a family skiing trip to Courchevel, France, over Christmas in 2007.

An experienced skier, he could not understand why he was struggling to make it down a green run – intended for beginners – that he could normally complete with his eyes shut.

‘I quickly realised that the problem was that my right leg wasn’t moving with the rest of my body,’ he recalled. ‘I started shouting at it, “Why won’t you work?”.

‘Then, before I knew it, I was lying in a heap in the snow.’

Telling Lisa, 49, his then-wife-of-20-years, and their two sons, Luke, 21, and Joshua, 19, that it was nothing to worry about, little did he realise that it was the start of something far more serious.

Finally, in July 2012, after visiting his GP complaining of having lost so much movement in his right arm that it was stopping him from using a computer mouse, Mr Batup was told he had early-onset Parkinson’s disease. 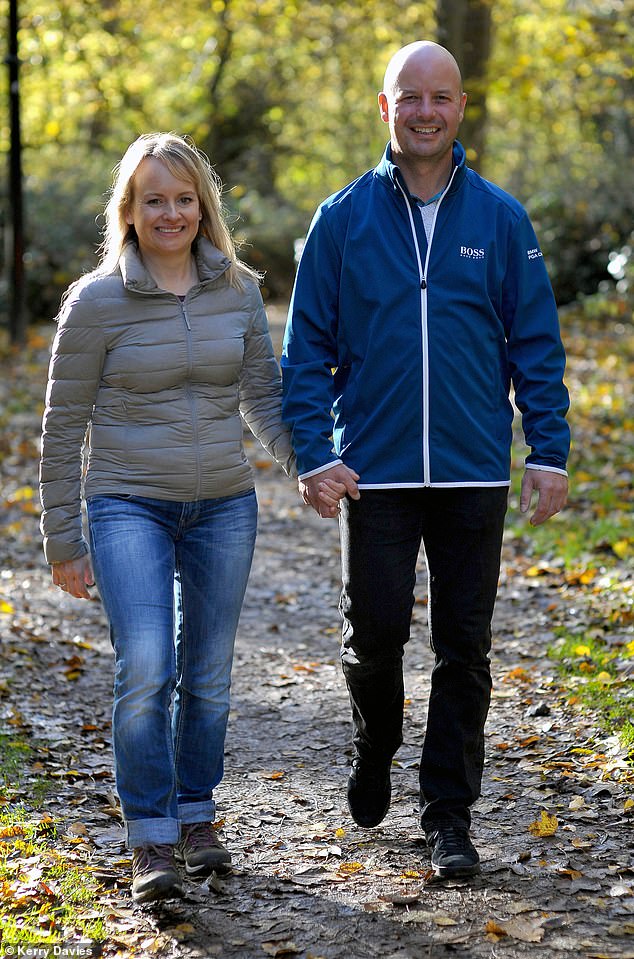 Fighting fit: Mr Batup – pictured here keeping healthy with Ms Hollie – admits he was utterly dumbfounded with his diagnosis, which is usually seen in the elderly 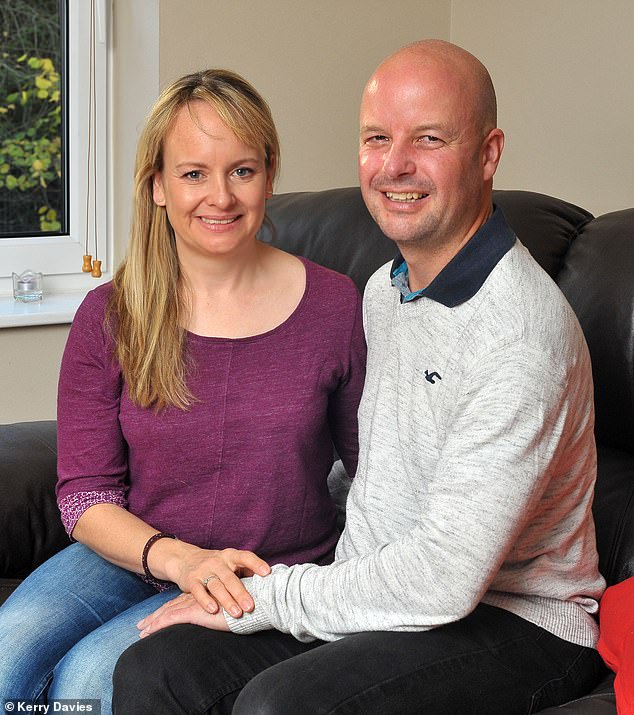 Fate: The couple are now totally inseparable and credit the condition with their happiness

It was all the more shocking because, a disease more prevalent in pensioners in their 70s and 80s, only 1,500 people under 50 in the UK have the condition – accounting for just one per cent of the nation’s Parkinson’s sufferers.

Remembering the day of his diagnosis, he said: ‘Before I’d even sat down in the surgery, my doctor told me I had tested positive for Parkinson’s.

I can honestly say that my life is so much better than it was before being diagnosed with Parkinson’s.

‘It was never in my mind at all that I might have the condition. I had just thought I’d pulled a muscle in my stomach. I was utterly dumbfounded.’

Determined to help, Lisa, who he met in the mid 1990s when they both worked in a video shop and married in 1997, quickly began organising physiotherapy for her husband. But, despite their best efforts, with time, the strain put on their relationship by his condition, which forced him to stop running his business in Bracknell, Herts,. started to show.

‘For some couples, this sort of thing can bring people closer, but for us, sadly, it pulled us apart,’ he said. ‘Soon we were just living separate lives in the same house.’

Incredulously, in April 2017, she asked him to leave the family home where they lived with their two sons, according to Jason.

It’s not clear why she didn’t volunteer to leave instead. 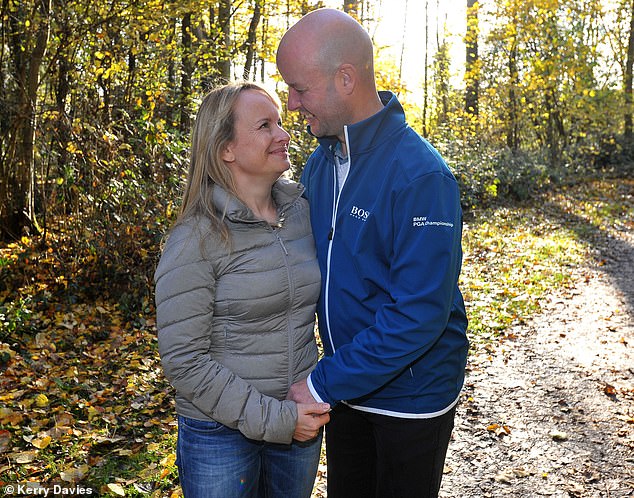 Too cute: Instantly smitten, they exchanged numbers and arranged to meet for a second time at the Devon seaside in August, where love blossomed 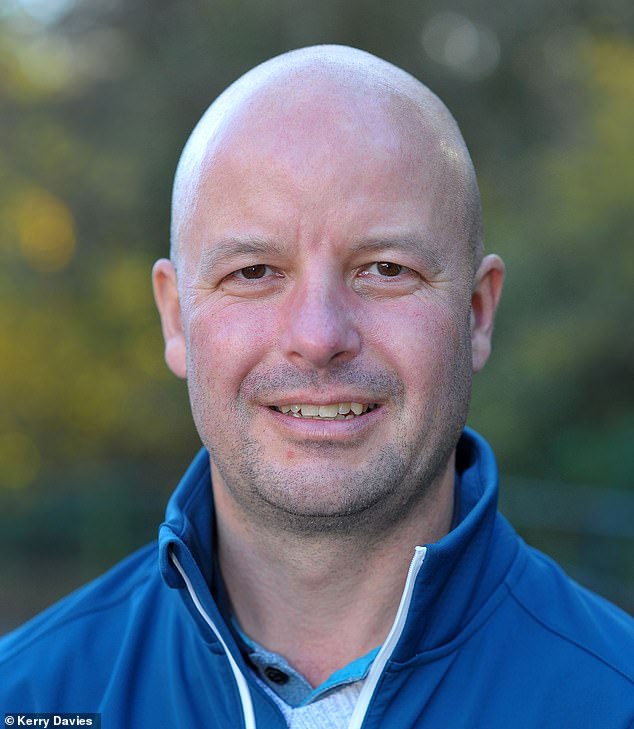 ‘We had so much in common and pretty much instantaneously it was clear there was some spark between us,’ Mr Batup recalls of how their relationship gradually took off 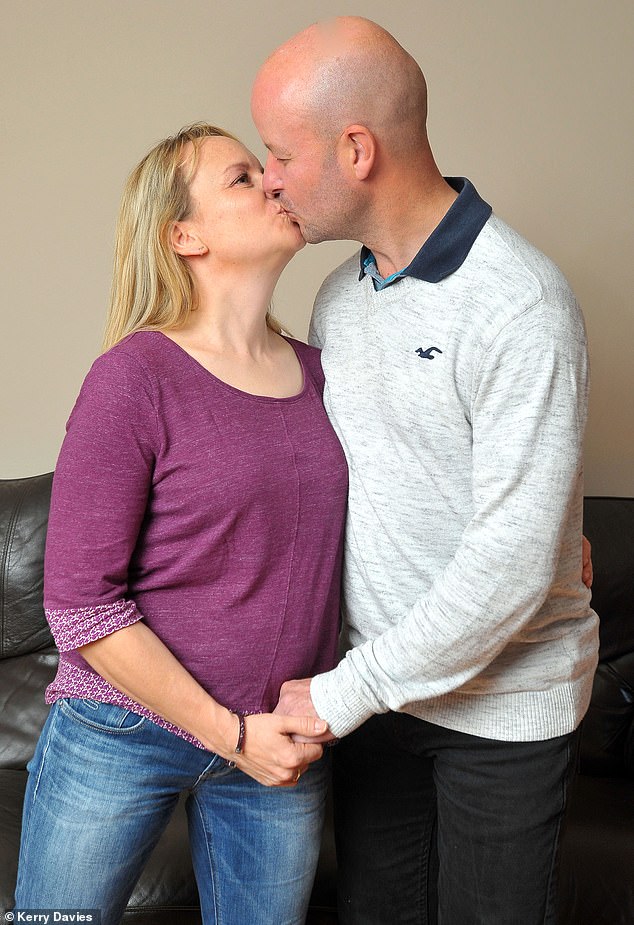 Fellow sufferer: Ms Hollie, of Modbury, Devon, was told she had Parkinson’s in 2016 after almost a decade of misdiagnosed symptoms

WHAT IS YOUNG ONSET PARKINSON’S DISEASE?

In the US, around two to 10 per cent of sufferers are under 50, while just 1.2 per cent are in the UK. Parkinson’s is usually diagnosed in those over 60.

Parkinson’s in general affects one in 500 people, and around 127,000 people in the UK live with the condition.

It is a progressive neurological condition which destroys cells in the part of the brain that controls movement.

Sufferers are known to have diminished supplies of dopamine because nerve cells which make it die.

Devastated that Parkinson’s had cost him so dearly, he spent an unhappy year living alone in a flat in Wokingham, hoping that his wife would take him back. But the separation eventually helped him to face the fact they had drifted too far apart to reconcile as a couple, although they are now friends.

Determined to help others with the incurable disease – which causes tremors, stiffness and, most worryingly, occasionally freezing movement altogether – Mr Batup started helping others with the condition, meeting Ms Hollie in Plymouth, Devon, in March 2018, while speaking at a support group meeting.

Instantly smitten, they exchanged numbers and, texting like teenagers for a few weeks, they then arranged to meet for a second time at the Devon seaside in August, where love blossomed.

‘I was getting involved with Parkinson’s UK, a support charity for people with the condition, when we met,’ he says. ‘It had started to make me look at my illness more positively, pushing me to make the most of the life that I do have.

‘One day, I went to one of their support sessions and got talking to a lovely woman – Martha. We had so much in common and pretty much instantaneously it was clear there was some spark between us.’

That said, while Jason says their mutual understanding of each other’s illness is a welcome bonus, he insists it is not the only reason why he fell in love.

‘I don’t see Martha as a Parkinson’s sufferer and I would have been besotted with her anyhow. But we know how the other one feels instinctively and can empathise without being condescending.

‘That’s all you want really – someone who understands what you’re going through.

‘Sometimes, when my medication wears off and you can feel yourself freezing up in public, you don’t want to make a fuss and draw attention.

‘Martha gets that and I know that I can just give her a nod and she understands perfectly.’

Ms Hollie, of Modbury, Devon, who was told she had Parkinson’s in 2016 after almost a decade of misdiagnosed symptoms, agrees. 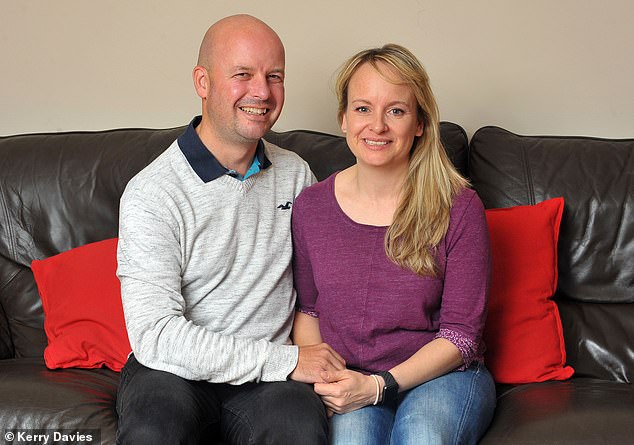 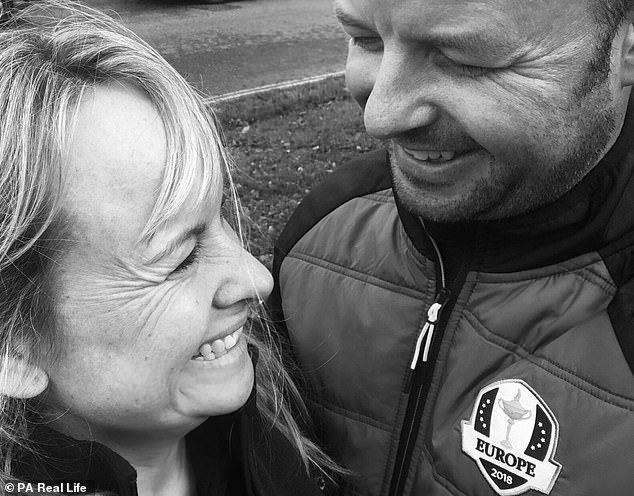 Never having had a major relationship before meeting Mr Batup, she said: ‘I suffered with symptoms of Parkinson’s for about 10 years and it made me very depressed – having this problem, but not knowing what it was.

‘Being diagnosed with Parkinson’s was a relief really, because it allowed me to move on. But, more importantly, it led to me meeting Jason, who has made my life so much better.

‘Initially, I didn’t want to meet other Parkinson’s sufferers, as it made it too ‘real’. Meeting Jason changed all that, though. Instantly I knew there was something between us and that it would go somewhere.

‘I can honestly say that my life is so much better than it was before being diagnosed with Parkinson’s.’