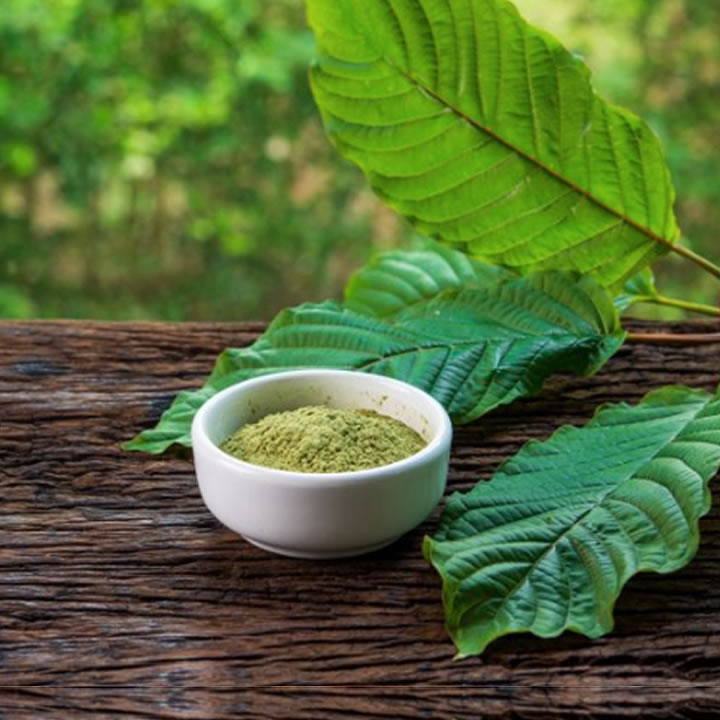 Currently, Kratom is legal in all but six states – Alabama, Arkansas, Indiana, Tennessee, Vermont, and Wisconsin. In the states where Kratom is legal, it is sold as a dietary supplement and also for medicinal purposes such as a pain reliever.

Kratom originates from a native tree in Southeast Asia, which includes Indonesia, Borneo, Thailand, and Malaysia. According to the U.S. News, some sources indicate that nearly 5 million Americans use Kratom. Most people use the drug for recreational purposes, but it also has some proven medicinal advantages. Kratom can be used to treat diarrhea, curb any withdrawal symptoms associated with alcohol or opiate, among other uses.

Additionally, the leaves in different forms offer pain relief to people suffering from arthritis issues, restless leg syndrome and fibromyalgia. Kratom leaves consumed in any form have the ability to hoist your moods, increase sociability, and act as an aphrodisiac.

However, the plant has received its fair share of critics who term it as unhealthy and irresponsible to consume. In particular, the FDA has long been highlighting the perils of selling Kratom in unregulated markets. They’ve followed up on data concerning Kratom overdoses and derivative products from the plant being sold without meeting the safety standards.

Benefits of Regulating Kratom Use

Recently, the state of Utah became the first in the nation to regulate Kratom. So, what does this mean for the consumers? Here are the pros of Kratom regulation for the benefit of its consumers.

Overall, these rules sound very favorable to the buyers of the product. They help to minimize the chances of purchasing a low-quality product that would otherwise pose a health hazard to the consumers’ health. Among the legislations include criminalizing the selling of Kratom products to minors.

Since Kratom regulation was implemented in Utah, there has been a window of opening to push for recognition, status, and control of Kratom around the nation.

Why Is It Taking Too Long to Regulate Kratom?

According to the Public Broadcasting Service (PBS), Kratom is a relatively new drug. Hence, adding it to the schedule substance will take some significant amount of time. The regulation of Kratom is even harder because it is sold by nutraceutical companies that aren’t registered or held at the same standards as the pharmaceutical companies.

Similarly, the FDA also considers Kratom to be a new dietary ingredient but lacking the established safety guidelines for nutritional purposes. And according to U.S. News, the DEA has delayed the scheduling of Kratom. This is because there is a need for well-controlled research to understand the effects of Kratom better, the legitimate medicinal uses, and establishing safe dosing guidelines. However, Kratom continues to be sold without quality controls, regulations, or safety standards.

So, for Utah to be the first state in the nation to regulate Kratom, this has been a conversation worth staring in other parts of the country.

The Responsibility of Buyers on Kratom Regulation

The ban or legalization of Kratom is a conversation that isn’t ending soon. As a Kratom consumer, you have a responsibility to either support its ban or contribute to keep it legal.

You, therefore, have to choose where you get your Kratom products from carefully. Is it a vendor who cares about Kratom’s reputation and future or just in it for the profit?

You also have the responsibility to care about your health by being sure of the purity of the Kratom product. Otherwise, here is what you can do to contribute to Kratom staying legal:

Banning Kratom might seem like a logical or effective means of protecting people from harm. However, many consumers will be deprived of the benefits that come with the drug if it comes to pass. The best option then would be to create a favorable environment for Kratom products to be seen as suitable for human consumption.

The dangers of not regulating the sale of Kratom products might pose some considerable risks to the consumers. As per U.S. News, in 2018, there was an outbreak of diseases associated with salmonella contamination in Kratom. This was as a result of vendors of the product adding dangerous substances to increase the quantity and weight artificially.

Therefore, to provide a measure of public safety, there should be standardized and regulated means of selling Kratom products. Hence, dispensaries selling any Kratom products must have trained and reliable personnel to meet the needs of its consumers safely. The lack of such regulations for a long time might end up jeopardizing the legal existence of Kratom.