Marc Meyohas of Greybull Capital stands in front of the British Steel sign, 2016

Greybull Capital, the private equity firm who bought British Steel for a token £1 in 2016, also invested in unsuccessful businesses including Monarch Airlines, My Local corner shops and Rileys Sports Bars.

British Steel has now gone into official receivership after failing to secure government funding for its future, and now faces liquidation.

Brothers Nathaniel Meyohas, 46, and Marc Meyohas, 43, are part of a wealthy French family and made their fortune by investing in private equity.

The brothers set up Greybull in 2010 – but have been marred by a series of failures.

The downfall of British Steel has brought scrutiny on private equity giant Greybull, but is not the firm’s first encounter with controversy.

British Steel is the latest in a line of UK firms which have become insolvent under the ownership of the fund run by the wealthy Meyohas and Perlhagen families.

Until now, Greybull’s most high-profile failure was the collapse of airline Monarch under its ownership in 2017.

The airline left more than 80,000 tourists stranded after it went bust with debts of almost £500 million, at an estimated cost of £60 million to the taxpayer. 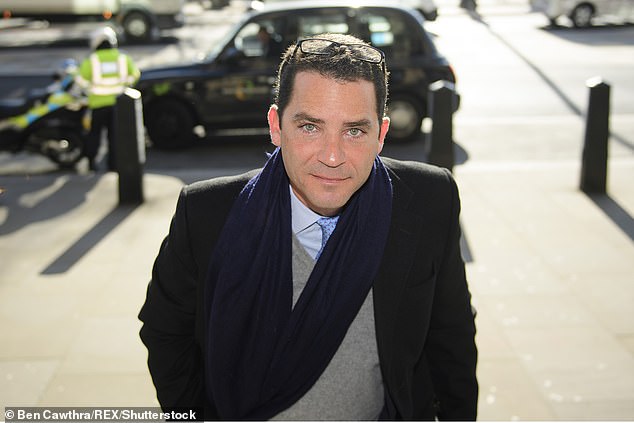 Greybull Capital are the private equity firm who bought British Steel for a token £1 in 2016 (pictured: Nathaniel Meyohas, former partner at Greybull Capital)

It held on to Monarch’s engineering arm, Monarch Aircraft Engineering Ltd, until January when that unit also slid into administration with the loss of 408 jobs.

Greybull was also a leading backer in OpCapita’s acquisition of electrical retailer Comet in 2012 for £2.

A year later, the British retailer, which had 236 stores and employed 7,000 staff, collapsed into administration and closed all of its outlets after a restructuring programme failed to deliver profitability.

Another notable failure was the My Local convenience store chain, which was bought from Morrisons by a team led by retail entrepreneur Mike Greene, and backed by Greybull, for £25 million in 2015.

The chain was rebranded as My Local, but dived into administration in June 2016, resulting in the closure of 90 stores with more than 1,200 employees laid off.

Greybull also oversaw the collapse of sports bar and snooker hall brand Rileys, which it purchased through a pre-pack administration in 2012.

The fund shed around half of the group’s sites to drive profitability, but ultimately attempted to sell the company on in 2014.

After no buyer came forward to purchase the chain, it was placed into administration for a second time, before its 15 remaining sites were shut down by administrators Deloitte.

Up until the recent trouble with British Steel, the airline Monarch, which collapsed in 2017, was the most high-profile business to fall while owned by Greybull.

Nearly 1,900 workers were left redundant when Monarch went bust, forcing authorities to step in and help more than 100,000 holidaymakers get home – reportedly the biggest repatriation since World War Two. 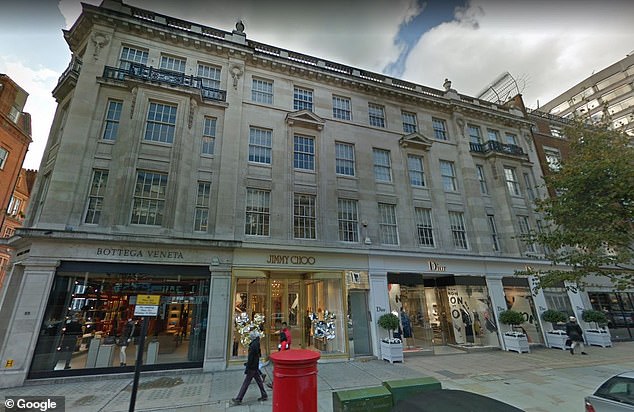 Pictured: Greybull Capital’s office in London’s Knightsbridge. Greybull had pumped £125million into Monarch in 2014 with hopes of preventing it from failure

The repatriation cost the taxpayer an estimated £60 million, the Times reported.

Greybull had pumped £125million into Monarch in 2014 with hopes of preventing it from failure.

The fund had also bought My Local convenience chain for £25 million, only for it to collapse in 2016.

It was also part of a group of investors that backed the acquisition of Comet, shortly before it too collapsed – leaving the taxpayer with a reported £23million bill.

The firm describe themselves as ‘an entrepreneurial investment group, whose purpose is to improve businesses for all stakeholders’.

Their stated aim is to make companies successful by ‘collaborating with management teams and employees and by investing our capital, time and expertise’, with the hope of adding ‘substantial value’ to companies they take on.

Greybull invests wealth from two families – the Perlhagens, from Sweden, who made their fortune in pharmaceuticals, and Turkey’s Meyohases. 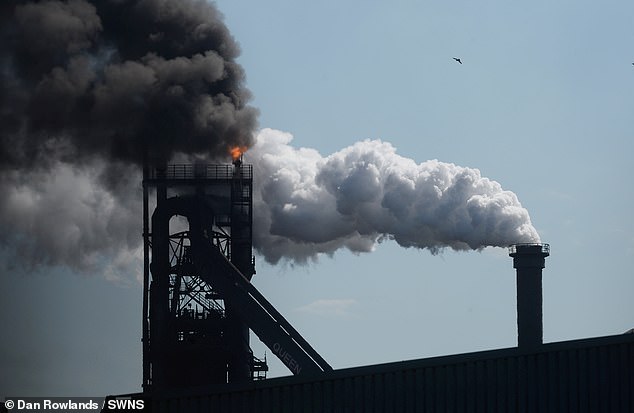 The downfall of British Steel has brought scrutiny on private equity giant Greybull, but is not the firm’s first encounter with controversy (pictured: British Steel works in Scunthorpe, Lincolnshire, May 22, 2019)

In September 2018, Nathaniel Meyohas quit the firm in order to launch a turnaround fund.

Insolvency experts familiar with Greybull described its strategy and bosses as sharp-elbowed, secretive and unafraid of publicity or taking big risks, the Times reported.

In 2016 the secretive brothers behind Greybull warned that the rescue of British Steel might not work out.

On the first day of trading as British Steel it announced an investment package of £400million and revealed the business had been profitable for months.

But Greybull partner Marc Meyohas was cautious about the future, previously telling the Mail: ‘We are the first to admit not every company we back will be a success – we don’t hide from that fact.

‘We conduct a difficult process investing in troubled assets which we try to turn around – we are not going to have a 100 per cent success rate. On the whole we try to get more right than wrong.’

The French-born brothers work with Swede Richard Perlhagen – the two families go back decades – and Greybull was set up to invest their combined fortunes.

Former Lehman Brothers banker Daniel Goldstein is the fourth partner, and it was previously reported that all are resident in the UK, working from Greybull’s office in London’s Knightsbridge.

The Comet investment was seen as a dark period for Greybull, with some accusing it of profiting while workers were made redundant.

Meyohas said: ‘We are sorry for what happened to Comet. It’s annoying to be referred to as guys involved with that. We had a tiny holding and no board position, so had little control.’