They may have crashed out of the World Cup on penalties, but England’s team in 1990 captured the heart of the nation.

Now documents released by the National Archives show how Margaret Thatcher herself paid homage to the side – and congratulated them for not ‘seeking the Oscar for Best Actor’ by hamming it up after being tackled, ‘unlike other teams’.

The squad were invited to Downing Street after Italia ’90, having reached the semi-finals and won the Fair Play Trophy for good sportsmanship. ‘We are delighted to have the chance to say how proud we are of your performance,’

Mrs Thatcher said after their arrival. ‘This is the furthest an England team has ever gone in this tournament on foreign soil.

‘And you gave the world what were, by universal acclaim, the best matches of the tournament to watch.

‘Yours was a superb example of a group working supremely well together as a team, allowing each at the right moment to show that flash of inspiration and flair that makes football so enjoyable to see.’

According to the previously unseen speaking notes, the PM then turned to punditry, telling the players: ‘Football is inevitably a tough and physical game, and even with the best will, where players are striving keenly in competition, they can clash in trying to be first to the ball. 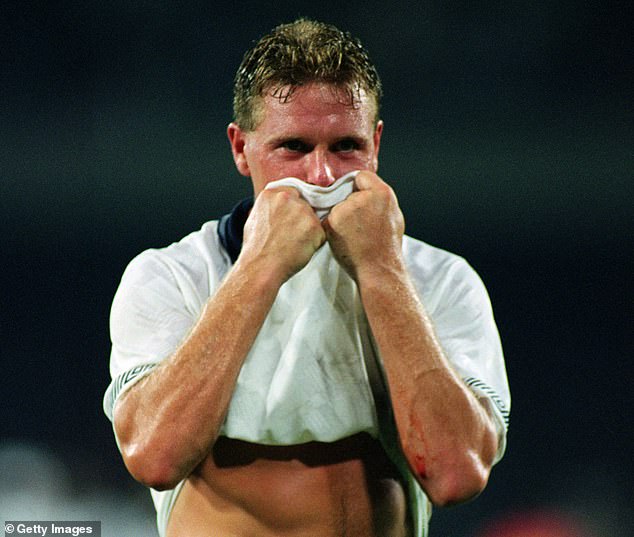 ‘I noticed how often it was the English player who, after such an event, was the first to stretch out the hand of friendship to the opposing player to pick them up and continue the game.’

She added: ‘We all noticed too that when an England player was brought down, unlike other teams, our players did not immediately seek the Oscar for Best Actor by impersonating the death scene from Richard III.’

The response of Paul Gascoigne and his teammates to this Shakespearean reference is sadly unrecorded in the documents.