The Daydream 2 still fails to impress

By Rob Waugh Event for The Mail on Sunday

There are few things less dignified than playing a virtual-reality fishing game in your front room – and I speak as man who has spent a depressingly large amount of time playing dancing games against under-fives.

Gyrating to Justin Timberlake while being laughed at by children has nothing on ‘casting’ over your shoulder with a controller, while blindfolded by a headset that makes loud splashing noises.

I was bracing for one of my children to rabbit-punch me in the groin. I’ve tried various technologies that make you look like an idiot – metal-detecting shoes, Google Glass – but VR is near the top of the tree. I couldn’t ever imagine having the guts to wear a headset on public transport.

Daydream now offers a wider field of view (and the phone no longer overheats quite as alarmingly), and there are now 250 apps rather than 25

Google’s new Daydream 2 headset works with the firm’s Pixel 2 phone (and a few other pricey handsets) you open a hatch, pop the phone in, and suddenly you’re fishing or exploring the world in VR via Street View.

My wife turned an amusing shade of green on one of the (many) virtual roller coasters in the gizmo’s app store, and a Discovery channel app where you ‘ride’ an asteroid to Earth delivered daft, B-movie thrills.

Daydream now offers a wider field of view (and the phone no longer overheats quite as alarmingly), and there are now 250 apps rather than 25. But I still can’t imagine hearing the sweet sound of my wife shutting the front door as she heads off for an evening out and picking up a VR headset rather than, say, the Xbox joypad. 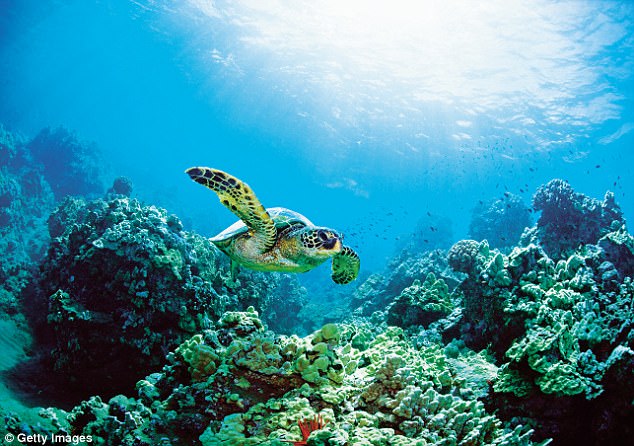 You open a hatch, pop the phone in, and suddenly you’re fishing or exploring the world in VR via Street View

None of the apps holds your attention for more than ten minutes. If I tried to give my children this for Christmas, they’d react as if I’d gifted them a cheese-grater or a pair of school shoes.

Internet firms have blown billions on VR but so far it’s not essential – and I’m not even sure it yet falls into the bracket of pointless but desirable things such as smartwatches.