A little over indulgence on Easter Sunday is pretty much unavoidable, but you could be devouring more than you think.

An investigation by Wren kitchens has revealed the unhealthiest Easter snacks on the market with whopping calorie counts and sky high sugar content.

And with many Easter treats containing chocolate treats as well as an egg devouring them in one sitting could add up.

In fact one indulgent treat recommended to children amounts to a shocking 5,500 calories if completely devoured.

The kitchen supplier analysed over 27 popular treats. Here we reveal some of the worst offenders… 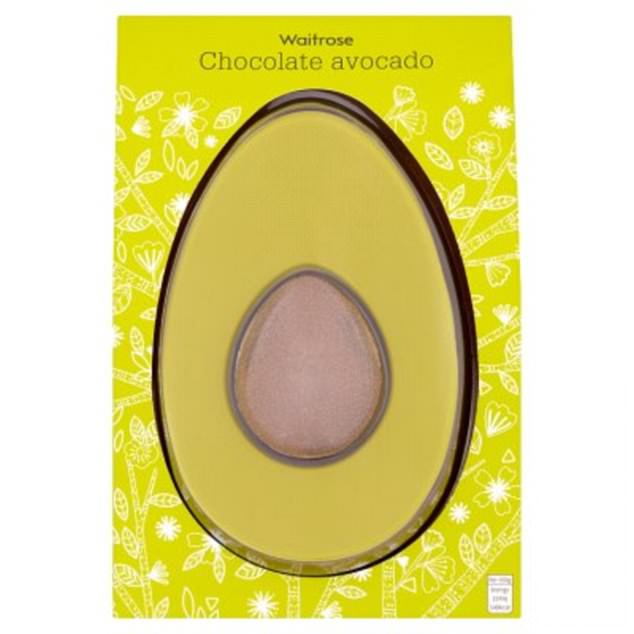 While it may resemble a superfood the Waitrose dark chocolate avocado contains 1,620 calories in total

This has been the Easter egg of the season with the quirky chocolate treat now completely sold out.

However, while it may resemble a superfood this is one of the highest calorie Easter offerings with 162 calories per 25g serving and a total of 1,620 calories in total.

Although, as the egg is dark chocolate it comes in with the lowest sugar contents per serving at just under 9g per serving. 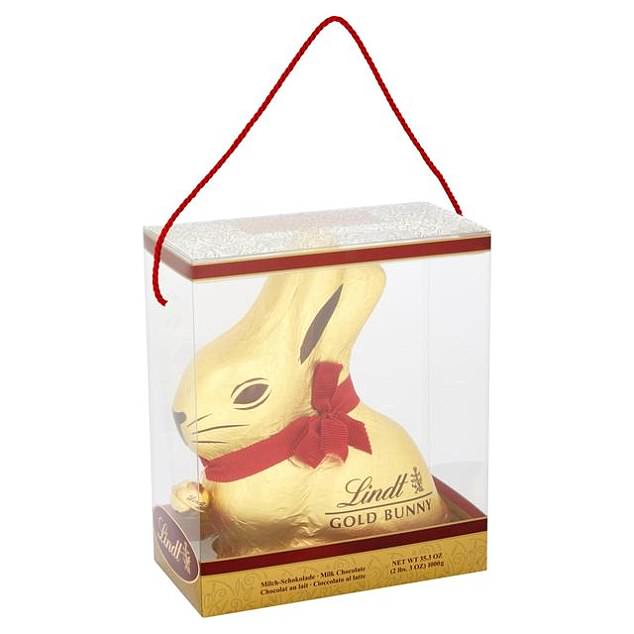 Devouring an entire Giant Golden Bunny from Lindt would amount to 5,500 calories

The Lindt Golden Bunny is a favourite among families at Easter and this 1kg version is recommended as the top choice for children by Good Housekeeping.

However, if a little one was to tackle the entirety of the bunny they would be consuming no less than 5,500 calories – over three times the recommended daily amount for children age 5-10 at 1,800. 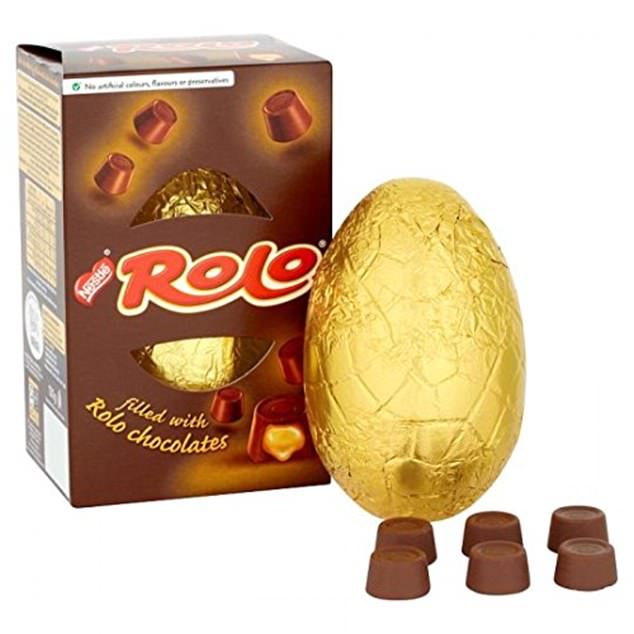 Wren points out that even the average size Easter egg can cause havoc when it comes to calorie counting.

The Rolo egg includes a hollow milk chocolate egg as the namesake sweet.

Packing the box away completely would amount to 720 calories, almost half a woman’s GDA and includes 84g of sugar and 38g of fat. 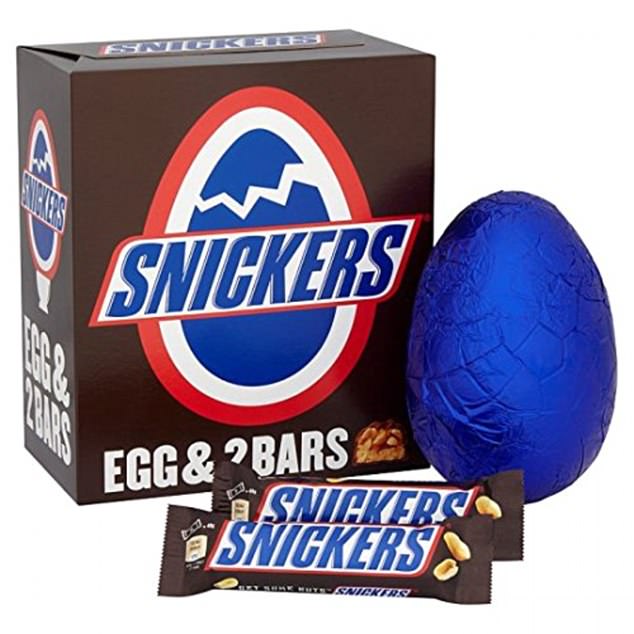 Eating an entire Snickers egg would also result in 147g of sugar, almost six times the GDA for adults and 78g of fat

A standard Snickers egg includes two of the peanut, caramel and nougat bars amounting to 1,429 calories.

Eating the whole thing would also result in 147g of sugar, almost six times the GDA for adults and 78g of fat. 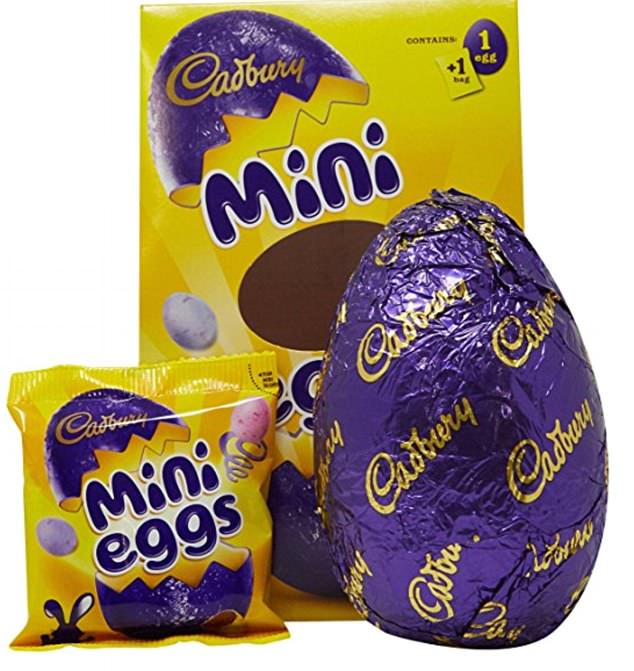 With an egg and just one packet of mini eggs the calorie content of this treat may seem relatively low at 696 calories, however, it lets itself down elsewhere.

This egg was found to have the highest fat content at over 12g of fat per 25g serving and 63g in total. 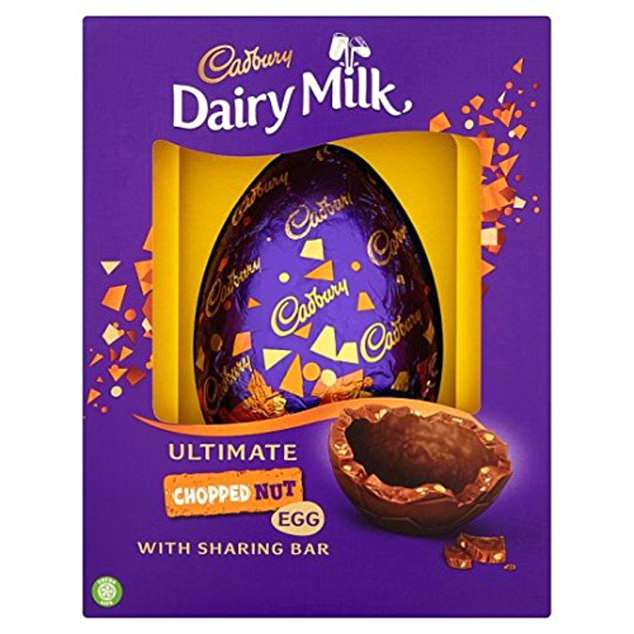 Wolfing down the milk chocolate egg which contains chopped nuts as well as the chocolate bar included amounts to almost 3,000 calories

We know that nuts are high in calorie and they certainly help to bump up the calorie count in this egg.

Wolfing down the milk chocolate egg which contains chopped nuts as well as the chocolate bar included amounts to almost 3,000 calories – well over the GDA for women.

The overall sugar and fat content is also sky high for this treat, so best to avoid eating in one sitting.