The Easy Guide On How To Identify Psilocybin Mushrooms 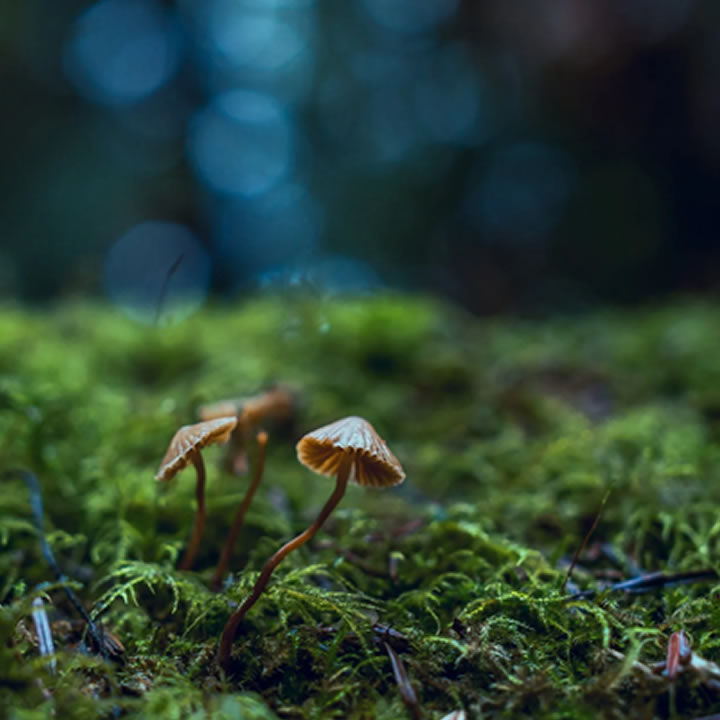 You’ve probably heard about mushroom poisoning and people ending up in the ER because of it. These accidents are quite common, and they happen when people think they know their mushrooms. There are many different species of mushrooms in the world, and while a lot of them are safe to eat, some are not.

A lot of people think they know which ones are safe to turn out to be wrong. Things get quite complicated when we toss psychoactive mushrooms into the equation. Also known as magic shrooms, psilocybin mushrooms can alter your consciousness, but it’s this exact ability that makes them dangerous.

That’s why it’s so essential to learn about the specific characteristics of psilocybin mushrooms to ensure you have a nice spiritual experience instead of nausea and poisoning.

What Are Psilocybin Mushrooms?

Psilocybin mushrooms are a specific type of mushrooms with psychoactive properties. These magic mushrooms can get you high by altering your mind. Considered sacred medicine in the ancient parts of the world, psilocybin mushrooms, like Psilocybe cyanescens, have been used in countless spiritual and religious ceremonies.

Magic mushrooms are currently considered as Schedule 1 drugs in many countries, including the United States. However, research suggests that psilocybin mushrooms can be used for medical purposes, as they have a beneficial effect on patients suffering from depression, OCD, anxiety, and other psychiatric disorders.

According to the majority of consumers, magic shrooms can give you a significant and meaningful spiritual experience. If consumed in the long-term, magic mushrooms can help create positive personality changes.

Since the real potential of these amazing mushrooms is yet to be discovered, it would be wise to know how to differentiate between psilocybin shrooms. With that in mind, we’re going to mention the most popular psilocybin mushrooms.

Also known as liberty caps, Psilocybe semilanceata are easily recognizable by their large brownish caps. They are also known as the most potent psilocybin mushrooms and are native to some parts of Europe and North America.

These mushrooms prefer pastures and meadows to grow, especially in those grazed by sheep. What’s interesting is they don’t grow directly out of dung like some other mushrooms, such as psilocybe cubensis.

Native only to South and Central America, these magic shrooms have been around for millennia and are the most used mushrooms in a wide range of ceremonies. Also known as teonanacatl among indigenous people, Mexicana is very similar to semilanceata, making it almost impossible to tell one from the other. However, Mexicana has a slightly different cap, along with a thinner stamp.

More known by the name of wavy caps, this specific type of mushrooms is among the most popular with the users. Some studies have suggested that this particular type of mushrooms was used in ancient Egypt for multiple purposes, medical, ceremonial, and recreational alike.

Mostly used by ancient nations for religious and sacred ceremonies, these mushrooms are native to many different parts of the world and are quite potent in terms of psychedelic effects.

Psilocybe azurescens or the flying saucer mushrooms are among the most potent magic shrooms of them all. What makes this psychoactive psilocybin mushroom so different from the others is the fact it has the highest concentration of psychoactive biochemicals such as psilocin and psilocybin.

Native to the northern Oregon Coast, these mushrooms prefer dune grasses and beachland interface as their growing ground. You can differentiate them from the others by their specific-looking caps that resemble flying saucers.

Knobby tops grow pretty much anywhere where there is a high lignin content. They are usually found in lawns and wood chips, as well as on decaying conifer mulch. Occasionally, they can be found wherever there are fallen seed cones of Douglas fir. The best time to find these is from fall to early winter.

Probably the most popular type of psilocybin mushrooms, psilocybe cubensis is also known as the golden teacher. It’s mostly found throughout South and Central America, including the southeastern United States, as well as Vietnam, Cambodia, India, Thailand, and other parts of southeast Asia.

It takes about two months for these mushrooms to reach their maximum size and they prefer the hottest months of the year. While they aren’t as potent as psilocybe azurescens or cyanescens, these magic shrooms are the most associated mushroom species with the most positive and spiritual tripping experiences.

Dealing with psilocybin mushrooms demands great caution and a certain dose of preparedness, even more so if you plan to cultivate and grow them. The risk of poisoning or worse is very real. Therefore, if you really want to get into magic mushrooms, we recommend doing extensive research to learn about all the risks and benefits associated with them.