The ECB will reconsider ‘insulting’ ticketing policy after being accused of sexism for giving over 13,000 fans a refund because of bad weather – despite having watched a full game in the women’s Hundred

The ECB have said they will reconsider an ‘insulting’ ticketing policy after more than 13,000 fans at Lord’s were given a full refund because of bad weather – despite the fact that they had watched a full game in the women’s Hundred.

The refund was triggered when the subsequent men’s match, between London Spirit and Oval Invincibles, was rained off, prompting disbelief on social media at the double standards.

An ECB official told the The Telegraph that the refund system had been organised ‘before we moved to double-header fixtures’, and added: ‘With the women’s competition securing amazing support from fans, we need to consider if our current approach is now the appropriate one.’

The ECB will reconsider an ‘insulting’ ticketing policy after being accused of sexism for giving 13,000 fans a full refund despite having watched a full game of the women’s Hundred 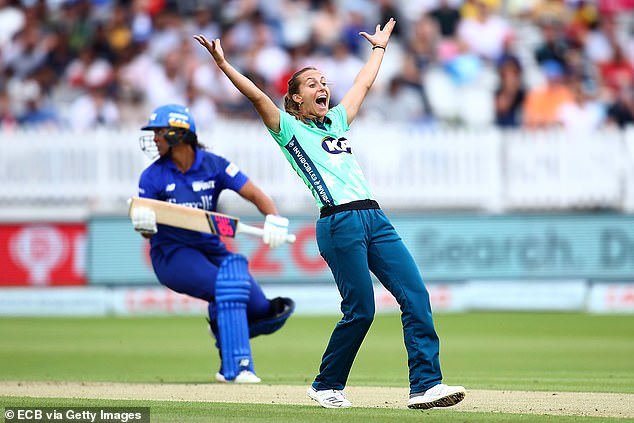 It is understood that the refund would not have applied if the roles had been reversed, and only the men’s game had taken place.

But the apparent sexism of the policy left cricket lovers dumbfounded after five days in which the women’s game has received exposure like never before.

‘That’s incredibly off-brand and insulting,’ complained one fan on Twitter.

‘Could it not be 50% back if either of the double-header games is cancelled or 100% if both? Put it on the list of things to fix next year.’

Another said: ‘This is truly sad to see. I’ve been to rain affected games before and refunds based on overs etc..so surely half back would be right if one game seen and one not? I wonder the situation if the men’s game were first in any of the double headers.’ 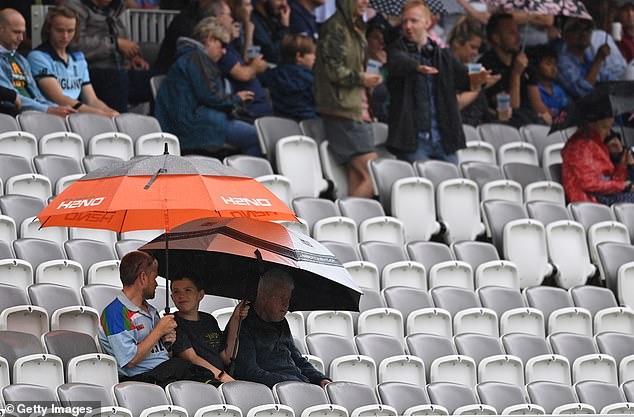 The Hundred kicked off with a historic women’s game between Oval Invincibles and Manchester Originals last week, which drew a crowd of 7,300 to the Oval.

That figure was almost doubled for the match at Lord’s, making it the largest crowd for a domestic women’s match.

Broadcaster and MCC member Isabelle Duncan described the policy as a ‘blunder’.

‘The Hundred was supposed to be the chance for women’s cricket to be placed on an equal footing,’ she told The Telegraph. 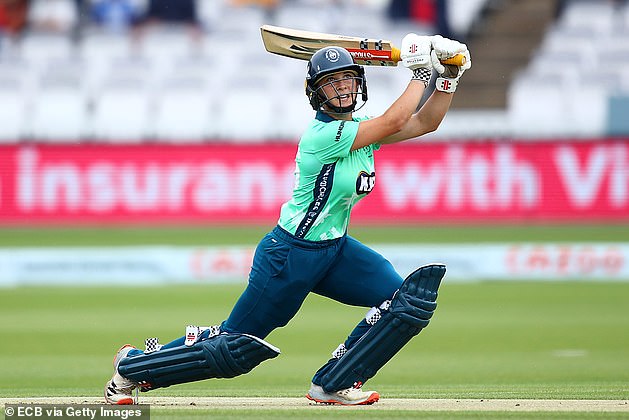 ‘But this reflects badly on the England and Wales Cricket Board, and it sends out the wrong message, because it is implying that women’s cricket has no financial value.

‘Last week we heard about the massive salary gap between the male and female players, and now this.

‘You might say that it’s a technicality, but somebody at the ECB should have seen this one coming, and it’s too late now for the whole tournament. They can’t change ticket conditions once they’ve been sold.’

The Invincibles came out on top as teenager Alice Capsey hit 59 off 41 balls to help her side win by 15 runs.