The economy is up 1.8 per cent with spending at record highs

Just weeks before the referendum, then-chancellor George Osborne warned ‘a vote to leave would represent an immediate and profound shock to our economy’

With one year to go until we leave the EU, official figures last night showed the economy continues to prosper, with investment, spending and exports at record highs.

Making a mockery of the doom-laden warnings of the architects of Project Fear before the Brexit vote, the Office for National Statistics said GDP rose by 1.8 per cent in 2017.

Households and businesses increased spending to record levels, while exporters profited from booming demand worldwide for British goods. In a further boost, Chicago-based CME Group – one of the world’s biggest trading companies – announced plans for a new headquarters in London in a major vote of confidence in Brexit Britain.

The flurry of upbeat news is in stark contrast to the warnings of Remainers that a Brexit vote would crash the economy and trigger a City exodus, with firms fleeing to Frankfurt and Paris.

Just weeks before the referendum, then-chancellor George Osborne warned ‘a vote to leave would represent an immediate and profound shock to our economy’.

He added: ‘That shock would push our economy into recession and lead to an increase in unemployment of around 500,000.’ 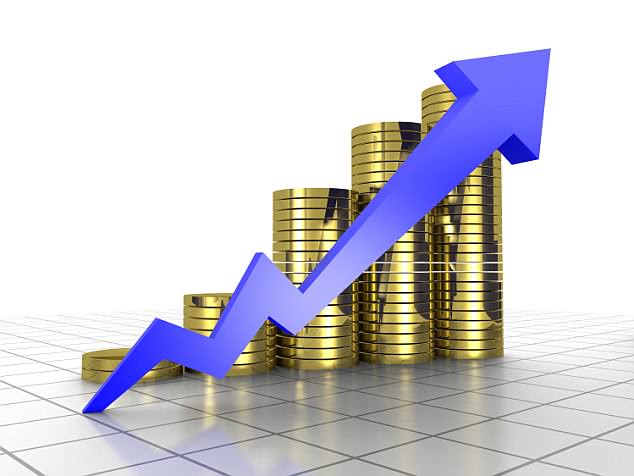 The Office for National Statistics said GDP rose by 1.8 per cent in 2017 with households and businesses increased spending to record levels

But with employment at a record high and unemployment at a 43-year-low, Brexit supporters said those warnings are looking ‘increasingly ridiculous’. With just a year to go before Britain leaves the EU on March 29, 2019, ONS figures showed the economy grew by 1.8 per cent last year.

Although the slowest rate of growth since 2012, this was better than the 1.7 per cent previously reported and just a shade below the 1.9 per cent seen in 2016.

Business investment rose by 2.4 per cent to a record £183.2billion, while exports also hit a record high – up 5.7 per cent to £559.1billion – as the weak pound and stronger global growth boosted demand for British goods and services 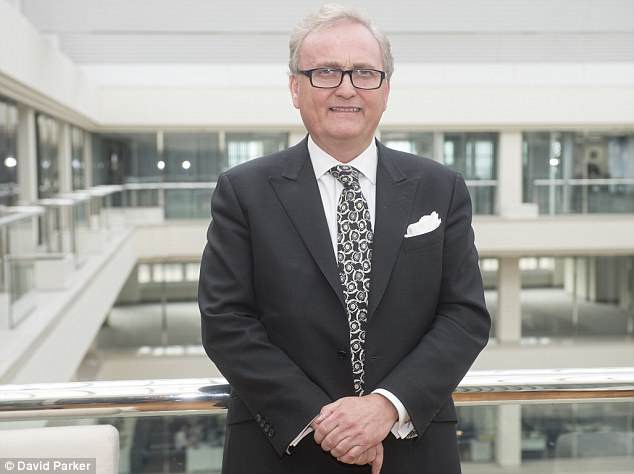 Brexit campaigner John Longworth, the former head of the British Chambers of Commerce business lobby group, said: ‘With just one year to go before Britain officially leaves the EU, the economy is riding high.’

Manufacturing output rose 2.5 per cent to its highest level since 2007. The current account deficit – the gap between money leaving the UK and money coming in – fell from £113.6billion to £82.9billion, its smallest since 2011, suggesting foreign investors are still willing to pile money into the UK.

Brexit campaigner John Longworth, the former head of the British Chambers of Commerce business lobby group, said: ‘With just one year to go before Britain officially leaves the EU, the economy is riding high.

‘Investment and exports are hitting new heights and the consumer remains confident. Again the prospect of a great post Brexit future is confounding the wreckers and gloom-mongers who are looking increasingly ridiculous.’

Although household spending reached a record high, the 1.7 per cent rise last year was the slowest since 2011, as rising prices and subdued wage growth put pressure on family budgets.

But wages are once again rising faster than inflation, easing the squeeze on household finances.

Ruth Gregory, of Capital Economics, said: ‘Consumers remain pretty confident. With the real pay squeeze having already come to an end, and sustained rises in real wages now in prospect, consumer spending should soon be on a much more sustainable footing.’ Howard Archer, chief economic advisor to the Ernst & Young Item Club, said: ‘Growth in 2018 should be helped by the squeeze on consumers easing as the year progresses.’ In a major boost for the City, US trading giant CME yesterday agreed to buy London-based trading group Nex for £3.9billion. It announced its European hub will now be based in the City.

Nex founder Michael Spencer, who will join the CME board, said: ‘CME’s decision to choose London as its European headquarters is also a signal of tremendous support for Britain’s financial services sector.’

The deal came a day after a survey of 119 international finance firms revealed they plan to shift just 5,000 jobs out of London due to Brexit – far below the 75,000 predicted by the Project Fear campaign. Earlier this week, London was once again ranked the world’s leading financial centre. Frankfurt ranked 20th, with Paris 24th.

Britain will become a humiliated and irrelevant outpost if it stays tied to an EU customs union after Brexit, the Australian high commissioner has warned.

Alexander Downer, his nation’s top diplomat in London, declared: ‘It would be humiliating for a once-great country to end up by being little more than a dependency of the EU.’

Staying in the customs union would leave Britain little more than an EU outpost and risk being entirely ignored by the wider world, he told the Policy Exchange think tank. ‘For us in the outside world, Britain would become, at least in economic terms, irrelevant to international diplomacy.

‘You would be better off remaining within the EU or being completely out of it than leaving yourselves in such a position of weakness and irrelevancy.’

Mr Downer, 66, has repeatedly said that the UK should have more confidence in its ability to thrive outside the EU.

‘This is something you can do relatively easily provided you yourselves wish to open your markets to the outside world,’ he said. Staying in the customs union would mean goods moving to and from the Continent without tariffs or checks exactly as now. But it would also stop the UK signing new trade deals with nations such as Australia or lowering prices across the board by reducing tariffs.

And because Britain would no longer be helping to set EU policy, it would have to abide by rules over which it had no say.

Mr Downer joked that Britain’s competitive attitude should ensure success, saying: ‘You like to beat us at sport. For heaven sake, don’t let us beat you at trade negotiating.’

He took aim at Remainers who say the UK must stick close to Brussels because our civil servants lack the expertise to sign trade deals after decades of EU control. They also suggest that the EU can cut better deals because it is far larger.

Some fear that this argument is being made only to keep the door half-open to a return to full EU membership.

In a coded rebuke to the Labour Party, Mr Downer also warned against strangling Britain’s world-leading financial services industry with too much regulation. He said: ‘You have a fine goose in the City of London. You need to keep that goose laying its golden eggs so that London can remain the greatest financial centre the world has ever known.

‘Embracing the politics of envy and overregulating and attacking the City is only going to kill the goose.’

Mr Downer, formerly a centre-right Liberal Party politician, said Britain’s politically correct elites – ‘Parliament, the Civil Service, the BBC, the media, academia and even parts of the professions’ – do not understand the patriotism and tolerance of ordinary people.

‘Contrary to the view of many in the commentariat, the British are very accepting of people of all races and religions,’ he said. ‘But it is not entirely clear to me that the elite understands that in Britain there is great pride in the country’s traditions and institutions.

‘Generations of leaders have played down the country’s national identity and replaced it with a near-obsession with identity politics.’