Twitter swiftly concluded he was based on me from my time running the News Of The World and Daily Mirror.

‘He is so clearly 1998 you,’ declared Janine Gibson, former media editor of the The Guardian and now editor-in-chief of BuzzFeed UK. ‘A super-hot villain.’

This is an outrageous slur: I’m not a villain.

(In fact, contrary to popular myth, I’ve never even been arrested.)

My mother was less enamoured by the comparison. ‘Please tell me that editor wasn’t you?’ she texted.

Very sad to hear Burt Reynolds has died at 82. When I interviewed him in 2012 for my Life Stories show, I asked the Hollywood legend what he’d like his epitaph to be. He thought for a moment, then replied: ‘He lived a hell of a life and did his best – his very best – not to hurt anybody.’

He was in London to promote his autobiography and had by chance been watching Lorraine. With the cushion was a hand-written note, on headed paper from his suite at The Dorchester hotel, which read: ‘Piers, love and warm thoughts always, Burt. PS, you’re very special.’

It made me laugh out loud then, and still makes me chuckle every time I see it on my mantelpiece.

Ever since Danny Dyer branded David Cameron a ‘tw*t’ on the inaugural Good Evening Britain (winning us TV Moment Of The Year at last month’s Edinburgh Television Festival), his pronouncements have taken on profound national importance.

Tonight, on the TV Choice Awards red carpet, our entertainment editor Richard Arnold asked him how our show could be improved.

‘You gotta get rid of Piers,’ he declared solemnly.

Surprisingly, given I branded all Love Island contestants ‘brain-dead zombies’, his daughter Dani – who recently won the show – sprang to my defence, saying: ‘To be fair, this morning he was all right.’

I slunk home expecting to be summarily fired and reduced to joining Cameron with my ‘trotters up’ in ignominious French exile.

Happily, a lifeline popped up in my email inbox from Sir Michael Parkinson: ‘Dear Piers, I should warn you that the new issue of Radio Times features an article by me suggesting you should do a five-nights-a-week talk show – sports, showbiz and particularly politics – because no one has ever done it successfully in this country and that’s mainly because we have never, until now, produced a person capable of fronting such a show. I think you are ideal because you have done a bloody marvellous job at ITV. There should not be anyone else in the studio with you apart from guests because it’s not in your nature to be collegiate, and that’s part of the attraction.’

Wow. I have two thoughts about this:

1) Compliments don’t get much better than this from a master of my craft.

My demure GMB colleague Charlotte Hawkins rarely gets flustered when she reads the news, but today she finally lost her cool when the autocue froze seconds before we went to air. Her concern was exacerbated by the particularly sensitive nature of one of the main stories.

‘The script has gone down!’ she shouted, ‘and I really don’t want to go al fresco about a bionic penis!’

Mark Wahlberg has stunned the world by posting his insane daily schedule, which begins at 2.30am and involves endless physical torture.

It’s not all work and kale smoothies for him, though.

Next to Mark’s underground gym in his Beverly Hills home is a large wine cellar packed with rare French vintages.

And he drinks it. I know this because he invited me round for dinner, took me to the cellar, let me choose a fabulous bottle of Château Latour, decanted it and sank it with me.

That undisclosed part of Wahlberg’s schedule is very similar to mine.

Now she’s released an autobiography in which she reveals she slept with female prostitutes, had sex on a plane with Liam Gallagher behind his wife’s back, caught James Blunt romping in her hotel room, was raped by a music executive, took loads of drugs and was cruelly neglected by her father Keith. 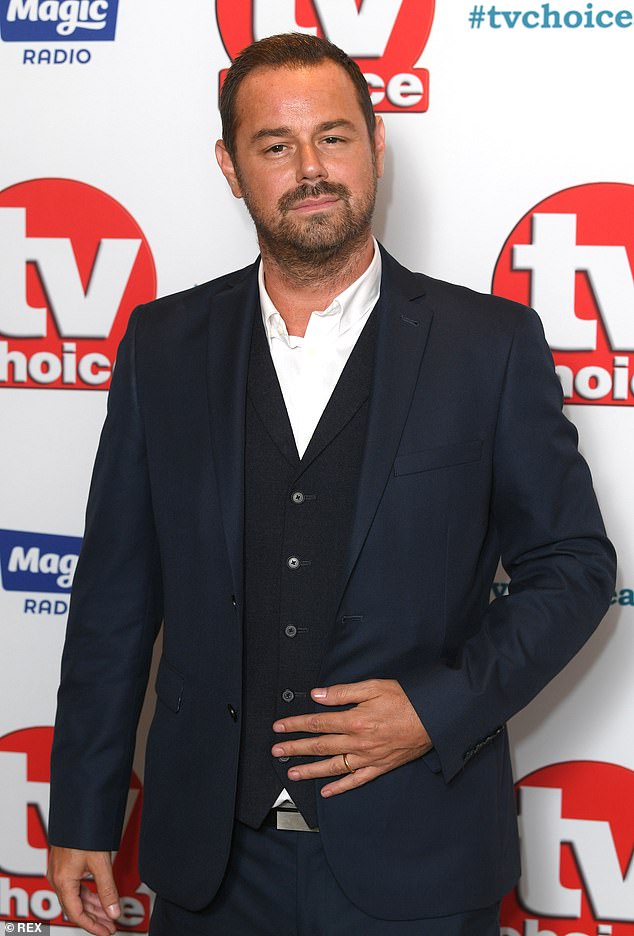 Tonight, on the TV Choice Awards red carpet, our entertainment editor Richard Arnold asked Danny Dyer how GMTV could be improved. ‘You gotta get rid of Piers,’ he declared solemnly

It certainly takes a spectacular degree of shamelessness to pretend you hate intrusion into your life and then dish all the REAL dirt about that life – for a large cheque – in such lurid, headline-grabbing fashion.

Boris Johnson is dominating the news agenda for the usual reasons: his rampant yearning to lead the country, and his equally rampant sex life.

If you’re wondering which of these two craven desires drives him the strongest, wonder no longer. I once asked him: ‘Boris, you can be Prime Minister, but you have to give up sex. Would you take the deal?’

‘NO!’ Boris barked, with a lascivious smirk.