Digital photography began life in 1961, and has risen to take over the world, killing off the film camera in its wake.

Here are the key dates in its development:

1961: Eugene F. Lally of the Jet Propulsion Laboratory began working on a way to use a mosaic photo sensor to capture digital images.

1969: Bell Laboratories developed the CCD (charge-coupled-device) and demonstrated it on October 17, 1969. The CCD image sensor is the heart the digital camera and converts light into electric signals. While today’s CCD image sensors often have 12-14 megapixels the first one in 1969 was only 100 x 100 pixels. 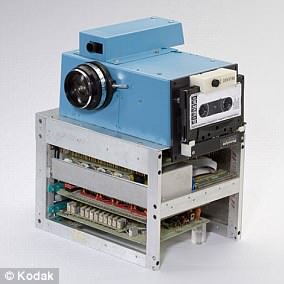 1975: Eastman Kodak engineer Steven Sasson patented a prototype digital camera. It was about the size of a large toaster and weighed almost nine pounds. The black and white digital image was stored on a cassette tape and in order to view the images the Kodak engineers had to develop a special screen. It was able to capture a .01 megapixel image (10,000 pixels) and took 23 seconds to record an image to the tape.

1981: Sony Electronics introduced the Mavica (Magnetic Video Camera), a video camera which recorded images on a floppy disk. This early electronic camera had a resolution of 720,000 pixels (.72 megapixels) and was able to store up to 50 images on a single 2.0” video floppy disk. 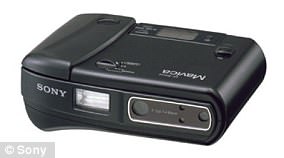 1986: Canon began manufacturing and distributing digital cameras with the release of the RC-701 a SVC (still video camera) that had four interchangeable lenses and sold for about $3,000.

1988 The first JPEG and MPEG standards were set. These standards set in place a universal format which allowed images (JPEG) and video (MPEG) to be stored in a compressed format.

1994: Apple releases the QuickTake 100 a color digital camera made by Kodak. With as selling price of $795 this camera was able to capture a 640×480 pixel color image and came with a fixed focus 50mm lens.

1995: Canon and Kodak jointly released the EOS DCS series of digital cameras intended for professional use.

1999: Nikon released the Nikon D1 which was the first DSLR (digital single lens reflex camera). It had a 2.74 megapixel APS-C image sensor weighed about 3.75 lbs. and cost slightly under $6,000.