The End Of History…

Jack Thorne and John Tiffany, the playwright and director behind the global smash hit Harry Potter And The Cursed Child, have again teamed up for this new play, set in a kitchen in the Berkshire town of Newbury. Don’t go expecting Hogwarts.

David and Sal – played by top actors David Morrissey and Lesley Sharp – are parents who were formed in the late Sixties and have kept up their Leftie radicalism ever since.

Sal prides herself on the filthiness of her cooking. (She’d rather be on a march.) David is a loving father, though he’s also a walking rebuke to his unpolitical kids, called Carl, Polly and Tom after various socialist icons.

If this was a sitcom, there would be a goldfish called Trotsky. 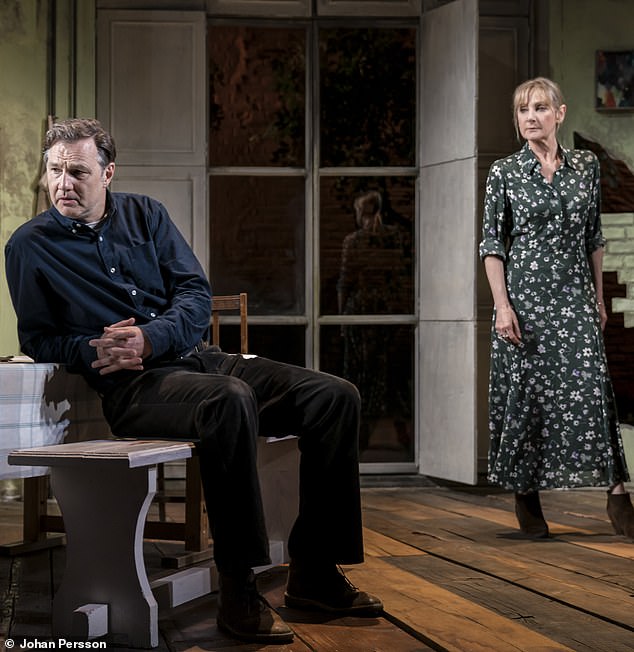 These welfarism-mad parents piously announce to their children that they are leaving their money to charities instead of to them. That naturally goes down like cold sick, though brave faces are put on.

Lesley Sharp is the actress’s adoptive name. She was born Karen Makinson after her mother, Elsie, had an affair with a married tram driver.

The action is mostly a sweary ruckus of kitchen-table truth-telling and fractious banter. Lesley Sharp is excellent as a nervy chatterbox who revels in being an inappropriate mum.

David Morrissey paternally sits reading the paper, his body language subtly ageing as the years advance from 1997, at the time of the New Labour landslide, to 2007, and on to 2017.

Weirdly, in the latter section there’s just one use of the B-word – surely the one subject that would utterly consume this type of family’s conversation. But for some reason, Brexit is to playwrights what garlic is to vampires.

The evening skilfully reveals how these exhaustingly political parents bequeath a legacy of inner misery and failure to their children.

It’s sharply observed, well acted and often funny, but in the end it’s yet another conventionally sad tale of domestic meltdown, with the obligatory suicide attempt and a fatal illness. I came out craving a play about the rewards and joys of family life.

The puppetry here is out of this world. Unlike War Horse, where you get only one species, this has a whole zoo. Name another show where you can see a lifeboat containing an orangutan, an injured zebra and a killer hyena that crunches the lot and is in turn pounced on by a Bengal tiger.

The prowling tiger is the star here, magically pawing the boat’s gunwales, hunger visible in its salt-matted flanks. Indeed, all the puppets – designed by Finn Caldwell and Nick Barnes – are so thrillingly lifelike that I barely ever noticed their handlers.

The story is based on the Booker prize-winning 2001 novel by Yann Martel, adapted here by Lolita Chakrabarti. We watch Pi’s zoo-owning Indian father (Kammy Darweish) emigrating with his family (Mina Anwar plays Ma) and some of the animals. 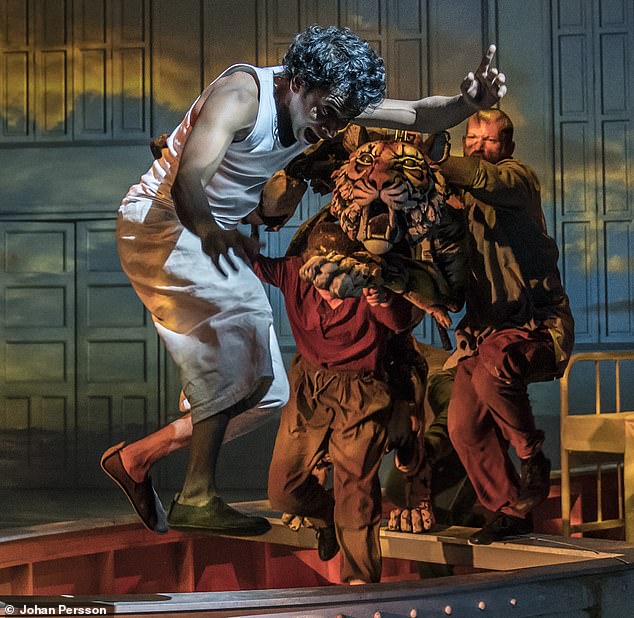 A story based on the 2001 novel by Yann Martel about a 227-day survival saga of fear, thirst and hunger, told by teenage Pi – endearingly played by Hiran Abeysekera – from his bed

They never arrive in Canada as their ship sinks. The rest is a hallucinatory, 227-day survival saga of fear, thirst and hunger, told by teenage Pi – endearingly played by Hiran Abeysekera – from his bed.

He at one point meets an amusingly crusty British naval officer (Tom Espiner), who reveals that you can suck a turtle’s blood, as it is salt-free.

Inevitably, the debriefing scenes by disbelieving officials (David K S Tse and Gabby Wong) lag a little, as they are animal-free encounters. But this exciting, spiritual fable has Pi finding a living god in the fearful symmetry (Blake’s poem The Tyger leaps to mind) between man and beast.

Do you need to know the book or film? Max Webster’s beautiful, briny production struck me as its own thing. I’d say the Crucible has a roaring hit on its hands.

Instead of a folkloric Norway with trolls, fjords and mountain halls, David Hare’s version of Ibsen’s Peer Gynt is rooted in Dunoon, Scotland.

James McArdle plays him as Peter Gynt, a blustering young soldier returning home from the war. He’s a fantasist, full of it, and a bit of a ladykiller. We soon find him globetrotting, posing on a golf course as a newspaper tycoon/arms-trader, then as a life guru and a fake prophet.

Jonathan Kent’s staging of this odyssey is packed – you even get dancing cowgirls! – with Richard Hudson blowing the vast design budget on a crashed plane and a ship. 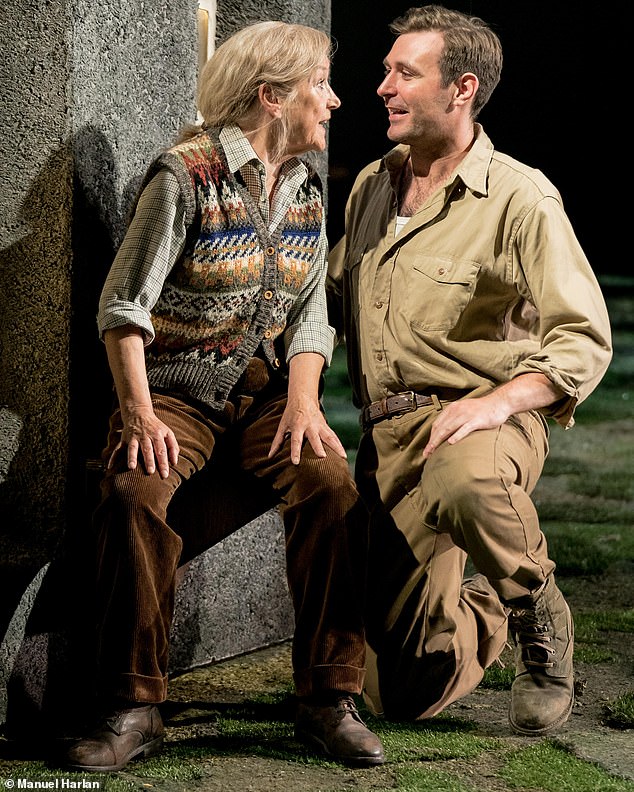 James McArdle plays Ibsen’s Peer Gynt as Peter Gynt, a blustering young soldier returning home from the war. He’s a fantasist, full of it, and a bit of a ladykiller

Peter will eventually – after two intervals – return home, haunted by his own mediocrity.

The death of his mother in his arms is piercing. So is his encounter with the Button Moulder (a kindly, insistent Oliver Ford Davies), who has come to recycle his soul.

Finally, you feel some of the poetical greatness of this bonkers Norwegian epic.

Hare’s contribution is to link arms with Ibsen in skewering our culture of futile self-discovery and worthless opinion. But even McArdle’s charisma doesn’t prevent this long-haul evening feeling mostly like a chore.

In Shakespeare’s dark comedy about sex in the city, the Duke of Vienna has decided to leave the metropolis in the care of his creepy, puritanical deputy, Angelo. Determined to clean up the town, he condemns the hapless Claudio to death for fornication.

When the condemned’s sister, Isabella, leaves her nunnery to plead for his life, Angelo offers her a deal: sleep with me or your brother dies.

Director Gregory Doran plonks his cast in the fleshpots of elegant, 19th-century Austro-Hungarian Vienna. Sandy Grierson gives the secretly pervy Angelo the outward look of a man doing God’s will, while Lucy Phelps is a heartbreaking Isabella, whose line ‘To whom should I complain?’ reverberates with a horrible powerlessness. 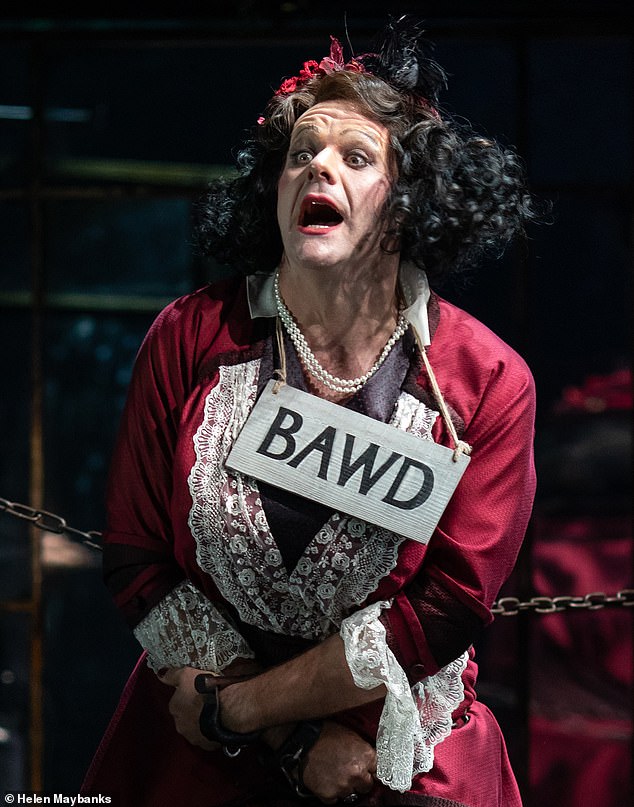 The Duke of Vienna has decided to leave the metropolis in the care of his creepy, puritanical deputy who’s determined to clean up the town (Graeme Brookes as Mistress Overdone)

Joseph Arkley is wonderful as the flash bachelor Lucio, and Claire Price is the refreshingly decent Escalus. Antony Byrne hints that the virtuous duke has his own sexual secrets.

This fresh, insightful version of a morally murky play finds the RSC on flying form.

Controversy briefly dogged this musical production of Alice Walker’s 1982 novel: a British actress was fired for having aired homophobic views on Facebook. What’s odd, then, is how coy this US import is about the lesbian love story.

Celie is a Southern black woman in the early 1900s, abused by the men in her life. Meeting Shug Avery awakens both her sexuality – and her sense of rage and injustice.

There’s also a (slightly hokey) subplot about being reunited with her long-lost sister, but to underplay the women’s relationship feels cowardly – and Tinuke Craig’s slightly stiff new staging, on this huge stage, does nothing to make up for it. 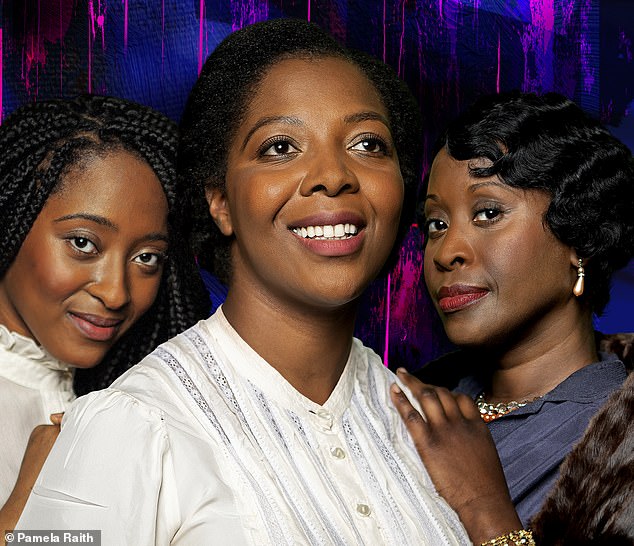 She seems to struggle, too, with the script’s staccato storytelling, fitting 40 years into one evening.

Then the music kicks in: The Color Purple has a groovesome, joyful score of gospel and soul. The songs have heart and guts, and Craig is on much surer ground with hot dance numbers and comedy sequences.

A trio of local gossips, a harmonising chorus, regularly threaten to steal the scene (changes).

Joanna Francis doesn’t quite nail the exceptional charisma Shug needs, but T’Shan Williams has gentle grace as Celie, and Karen Mavundukure is magisterial and hilarious as her take-no-nonsense daughter-in-law.