The Evolution of Online Poker 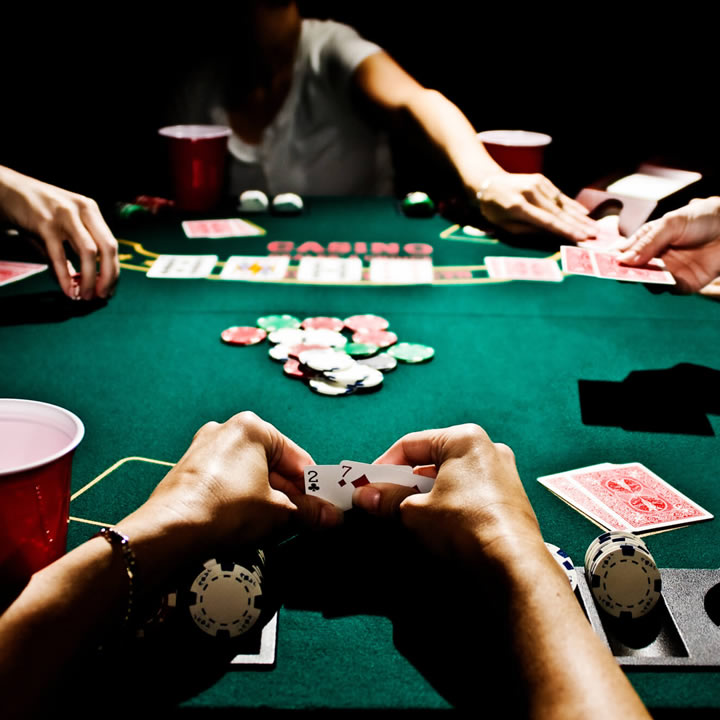 Poker is one of the most iconic and timeless games to ever have existed, finding itself inscribed eternally into popular culture. Even those unfamiliar with its specific rules will have seen it played in countless mainstream films and TV shows.

Even some of the most well known idioms have their roots in the game. Everyone’s heard of ‘keeping your cards close to your chest’ or needing a ‘poker face’.

However, the advancement of recent technology means that online versions have emerged and proliferated as a very popular alternative. Even for inexperienced players, it’s never been easier to learn how to play poker and join in on the fun.

Time has seen the game progress and develop through multiple iterations, some of which will be detailed below.

The mid 90s can be seen as the infant stage of online poker. Commencing on Internet Relay Chat (IRC), this text-based version was played with virtual money and had a very basic layout.

Later in the decade, operators pioneered the use of real-life funds at the online poker table. This enhanced the previous version by including a virtual poker table with basic animations to help the players visualise the game.

In the early 2000s, there was the next big development in the online poker industry which really catapulted it into the mainstream, resulting in the first million-dollar online poker tournament taking place in 2002.

Chris Moneymaker lived up to his name and made history in 2003 by winning a major poker tournament. The first contestant to win after qualifying online, this monumental achievement helped to legitimise the emerging practice of online poker.

For a decade after the mid 2000s, across the pond became the new epicentre of online poker. Liberal gambling laws made it as easy as ever for both customers and companies to enter this new online market.

During this golden age for British poker, there were more online British players than anywhere else in the world.

The simple prototypes of online poker have been refined to create the relaxing and enjoyable experience we all love today. Visuals, audio, and layout have all been improved to make playing online as engaging and easy as possible.

Integrated chat rooms allow players to interact and ensure that the social aspect of the game isn’t lost when played online. Furthermore, customisability is added through the avatar or picture that each player chooses to represent them at the virtual table.

There are also now more ways than ever to enjoy poker, with a selection of new variations aside from Texas Hold’em. Omaha Hold’em, Seven-card Stud and Five-card Draw are just some of the more recent forms that the classic game takes.

No longer limited to a desktop in order to be enjoyed, modern smartphones and tablets are ideal for poker on the go. Almost all of the top sites will have dedicated apps for a smooth and enjoyable mobile and tablet experience.

An online version of poker that includes a live dealer with whom players can interact is also very common. Whilst the players’ hands appear virtually on their screen, there is a real croupier dealing on an actual table via livestream.

Especially for those more inclined towards the real-life poker experience, the future of the industry appears to be very promising. The emergence of technically advanced VR equipment means that playing at home may soon be indistinguishable from the real thing.

How to Get Involved

With its plethora of different hands of varying strength, learning the rules of poker can seem daunting for new players. Don’t be put off, these hands are quickly learned and, although it takes skill to master, its rules aren’t particularly complicated.

YouTube is a great way to access thousands of explanatory videos that have both a visual and audio element. With such broad selection, this is perhaps the best place to look as a beginner.

Dedicated poker podcasts are a great way of receiving advice without devoting your full attention. These are an ideal accompaniment when doing menial tasks such as chores.

Forums and blogs are a great way to find niche tips and tricks that may have flown under many peoples’ radars. These usually have a dedicated following where user interactivity is especially rife.

It’s also highly recommended that newer players take advantage of the trial versions of poker that are offered. This allows you to play and familiarise yourself without having to stake real money and hurt your pocket.

As with so many games that we’ve been enjoying for centuries, the advent of the internet has revolutionised poker. Companies have been quick to capitalise on the games popularity and online poker has seen huge developmental strides.

What started as a simple text-based game has evolved into a polished experience that is a key part of mainstream poker.