Ian, 53, an HGV driver and builder, lives in Macclesfield, Cheshire, with his wife, Angie, 53, a hospital clerk. They have a son, James, 34, and daughter, Sarah, 29, and three grandchildren.

‘As a parent, your greatest fear is your child becoming ill and it’s a fear I’ve had to live with for years.

‘I’ve lost many relatives to breast cancer. It killed my mother when she was only 50, and I was 24. Her mother and her sister also died from breast cancer, both at the age of 46,’ says Ian.

‘Then, about 20 years ago, we got the terrible news that my younger brother, Kevin, had been diagnosed with it. He died at just 39.

Surviving: Ian Bentley (R) and daughter Sarah, from Cheshire, both had double mastectomies

‘Kevin was diagnosed with breast cancer in 1999, after complaining of an itchy left nipple. I was absolutely astonished. I had no idea that he — we — were at risk.

‘Kevin was treated with a mastectomy and radiotherapy; it was really difficult having to watch him battle the disease but not be able to help. And it was a terrible blow for his partner, stepchildren and the rest of the family when he died in 2002.

‘After the death of my mother and aunt, nine years before Kevin’s death, we’d been advised there might be some kind of family genetic predisposition to breast cancer. My sister, Alison, then in her 20s, began to have regular monitoring at the Family History Clinic at Wythenshawe Hospital.

‘By the time Kevin was diagnosed, two specific gene mutations had been discovered — faulty BRCA1 and BRCA2 genes — which could increase breast cancer risk by 50 to 80 per cent.

‘Both Alison and Kevin had tests to see if they were carriers. Their results were inconclusive, which is why I decided against being tested. I didn’t see the point.

‘However, after Kevin passed away, Alison, then 37, decided enough was enough. She had two children of her own and decided to have a double mastectomy. 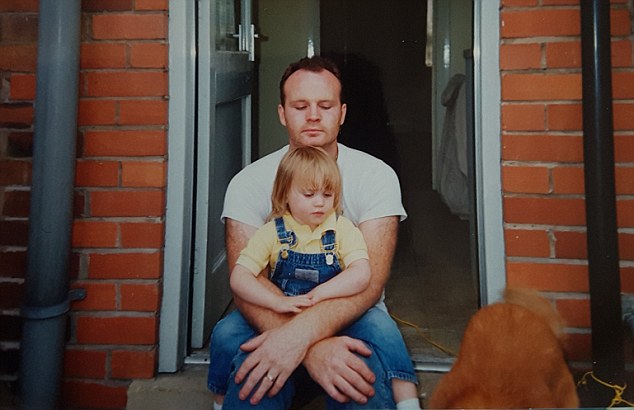 Back in the day: Ian and Sarah pictured in the early 1990s at their family home

‘Frankly, she didn’t care there were no definitive test results: she felt that having four close family members who’d died was enough.

‘But in August 2003, a month before Alison was due to have her operation, she found a lump in her left breast — as well as the mastectomy, she had to start a gruelling round of chemotherapy.

‘My sister’s diagnosis was a wake-up call — at 36, I was then about the age Kevin had been when he was diagnosed. How long would it be before cancer struck me, too?

‘I felt I didn’t need to have my genes tested by this stage. And like my brother and sister, I had a partner and children to consider.

‘When I discussed a preventative mastectomy with the doctors at Wythenshawe Hospital, they admitted they hadn’t done one on a man before. But after I’d had counselling, they were happy to give me the go-ahead.

‘I had the surgery in August 2004, which involved removing all the tissue and nipples from both my breasts. I was in pain for a couple of days and the movement in my arms was restricted — I couldn’t even lift a kettle. Within a few weeks I was feeling much fitter and returned to work. I was checked every year for ten years, but now no longer need it.

‘From the start I was very open with my children. My son, James, and daughter, Sarah, were 13 and 18 when Kevin died, and they’d seen what he’d been through — I explained how Kevin hadn’t had the chance to take pre-emptive action, which was why I was determined to do what I could to stay alive for my family.

‘Then, in January last year, I got a call from the Family History Clinic at Wythenshawe Hospital. It turned out that analysis of Alison’s blood samples, together with a stored sample they’d held from Kevin, had found a newly discovered defective version of a gene called Chek2, which gives carriers — men and women — a 20 to 25 per cent risk of breast cancer. 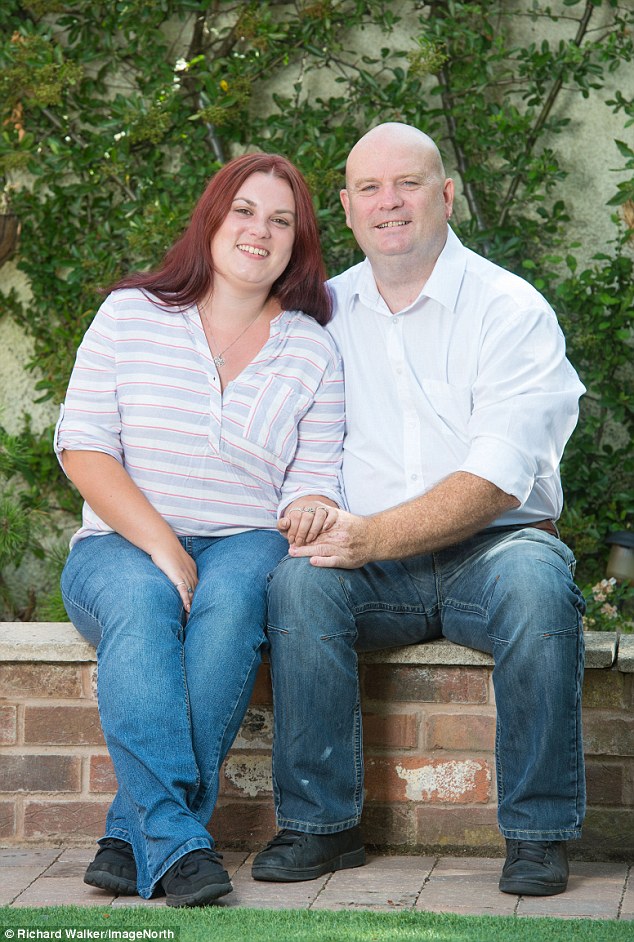 Today: The pair were motivated by the early deaths of several relatives at a young age

‘Sarah and I were tested, but James decided against it. Both Sarah and I tested positive. It was just the most wretched thing to hear. It was so hard watching Sarah go through her mastectomy, but her approach has been inspirational. She was so practical, and said to me: ‘Look, Dad, I need to be here for my kids’.

‘Of course, my thoughts are now turning to my three grandchildren. But as they get older, we’ll keep giving them the information for when the time is right for them to make any decision about getting screened.

‘I often feel so terribly guilty that I have passed on this gene. But at least my family now have knowledge — and that gives us the ammunition to fight a disease that has already cost us so much.’

Sarah, 29, a marketing executive, lives in Macclesfield, Cheshire, with her partner, Dave, 38, who works in finance, and their sons, Connor, eight, and Jack, three.

‘Dad used to call me his ‘little pumpkin’ — and I could always get what I wanted,’ Sarah says.

‘But now we have that something extra. We joke about the strange, tickly pins and needles sensations we get in our chest —the effect of surgery on the nerve endings.

‘We find it funny and bizarre that we share this experience, but also see it as the triumph of survival.

‘As I hit my 20s and learned more about our family history, I was introduced to Professor Gareth Evans, a medical geneticist at Wythenshawe Hospital. 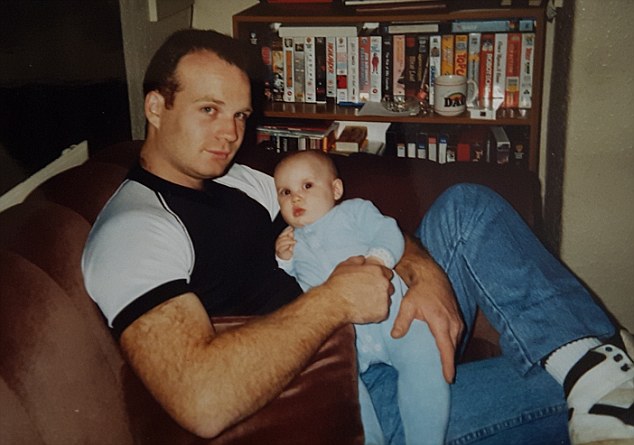 Protective: Ian, pictured with a newborn Sarah, underwent the procedure first in 2004

‘He explained the possible hereditary risks of breast cancer and the options I might have to consider in the future. Nurses also taught me how to do self-examinations (mammograms aren’t helpful in your 20s as the breast tissue is too dense for a clear picture).

‘It was a bit overwhelming. Having surgery wasn’t something I felt I could do until I’d had children, especially as I wanted to breastfeed. But once I’d had Jack, the idea began to take shape in my mind.

‘Things were accelerated after I found out I had the defective Chek2 gene. I was floored. Professor Evans ran my history and blood test results through a special algorithm to calculate my risks of the disease; mine were 40 to 50 per cent. That’s when it finally sank in: I knew I had to have a mastectomy.

‘Knowing what it did to my dad, losing his mother so young, how could I do that to my own children? I had counselling, and talked to Dad about it. He was so positive, which further convinced me. I was told that surgeons could use tissue from my stomach to reconstruct the breasts during the same operation.

‘I decided to do it: I wanted to emerge from surgery feeling I was still complete. And I wanted it all done in one go, for everyone’s sake.

‘I was in a lot of pain in those early weeks and as weak as a kitten. But five months on, I feel overwhelmed with relief: the fear is gone. I will want my boys — who have between a 10 and 40 per cent chance of having the Chek2 gene — to be monitored from the age of 18. Though, who knows — by then, perhaps there will be an alternative to surgery, or even a cure.

‘I’m so glad Dad and I did what we did and that we can talk to each other about it. It could have been such a lonely experience. Together we’ve made it through.’