The chilling last words of a six-year-old girl killed in a quad bike accident were those of panic as the teenage driver lost control.

‘I hated that,’ she cried out as the adult-sized ATV, crammed with three young girls, skidded through a ditch and another yelled ‘I was going to stack’.

Myley Maxwell died from massive head injuries minutes after she was flung into a tree when the vehicle crashed on a farm in rural NSW.

Her lifeless body then lay in a garage covered by a blanket for eight hours because of a miscommunication between police officers.

Myley should never have been on the bike to begin with – warning labels strictly forbid everything the girls were doing, but her friend’s parents never bothered to read them, a coroner’s court heard on Thursday.

Myley Maxwell’s (pictured) last words to her mother Sheree Maxwell were ‘can I go’, after she pleaded to go to her friend’s birthday sleepover 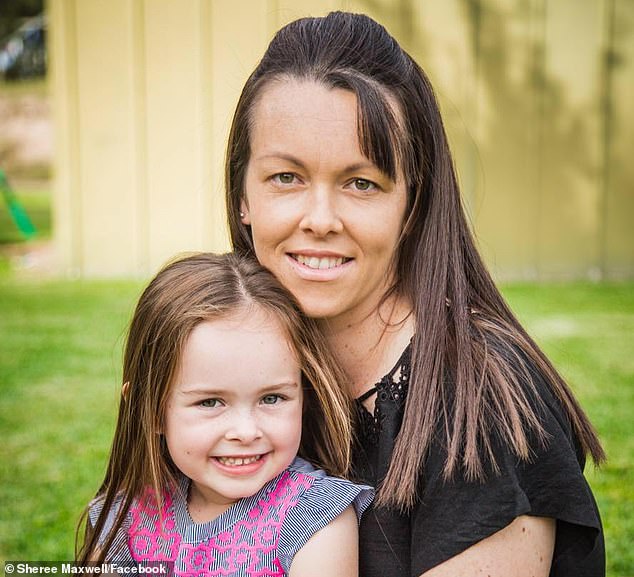 Deputy State Coroner Elizabeth Ryan was scathing in findings of an inquest into her death handed down at Lidcombe Coroner’s Court in Sydney.

She and Myley’s parents believe she would still be alive if laws banning children from bigger quad bikes were enacted.

An inquest into a series of other young deaths made a series of recommendations in 2015, but they were all dismissed by the NSW Government.

Myley pleaded with her parents Sheree and Josh to be allowed to go on a sleepover with her 13-year-old friend in Narrabri on March 5, 2017.

After her friend’s father refused, the mother allowed the pair and three other girls, all aged 13, to ride two 420cc Honda TRX bikes around the 9,000-acre property.

Just after midday, Myley was seated in front of driver with another passenger behind as they zoomed along at up to 35km/h. None were wearing helmets. 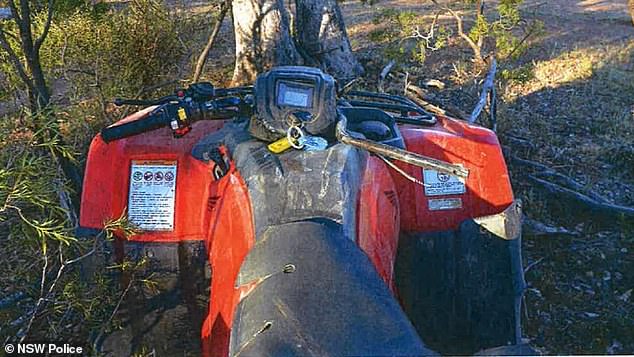 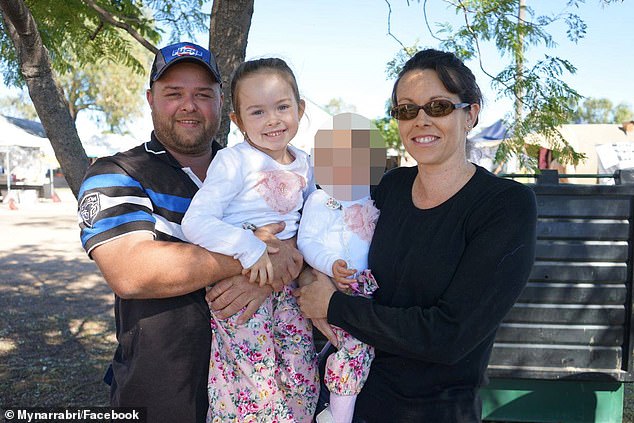 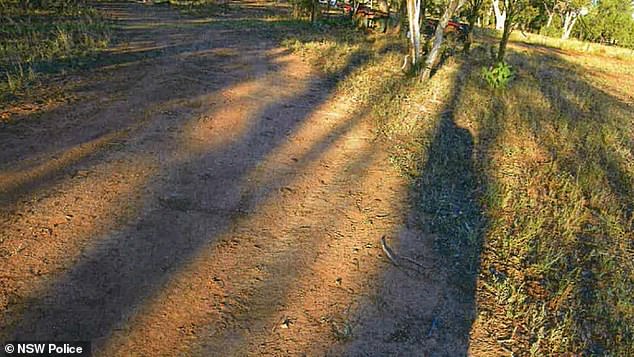 One of the girls filmed parts of the ride, including where the driver – who had only ever operated smaller quad bikes – appeared to lose control and veer off the dirt track through a ditch.

The girls’ voices cried out ‘that was really scary’ and ‘oh my god, I was going to full on stack’. Myley’s voice can be heard repeating ‘I hated that’.

‘Any adult viewing the footage would conclude that the manner of riding by the girls was not safe,’ Ms Ryan said in her findings.

Moments later, while the phone was still recording, their bike failed to take a bend and crashed straight into a large tree.

One of the girls was relatively uninjured at got to her feet to see the driver was knocked out and Myley ‘was lying very still and had a lot of blood coming from her nose and mouth’.

‘The sound recording graphically conveys the horror and shock… The three girls are screaming and crying out as they realise Myley is critically injured,’ Ms Ryan said.

‘In a state of panic they assist each other to move the unconscious Myley onto the other quadbike. 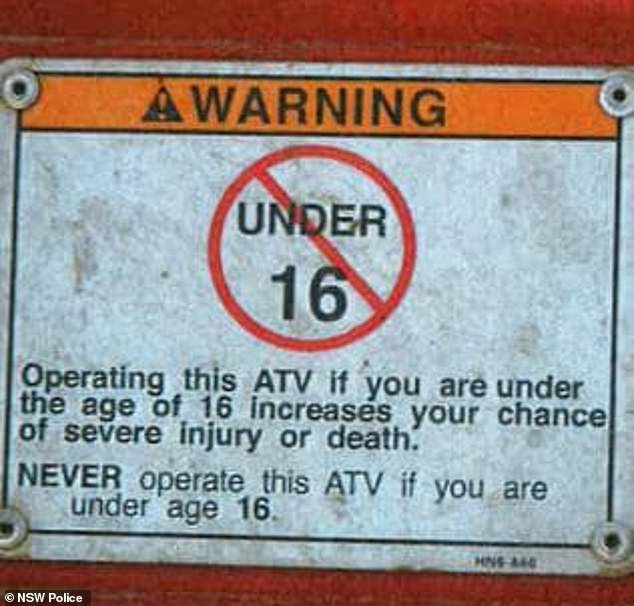 The label on the Quad Bike (pictured) states that if you are under the age of 16, operating the ATV increases ‘your chance of severe injury or death’ 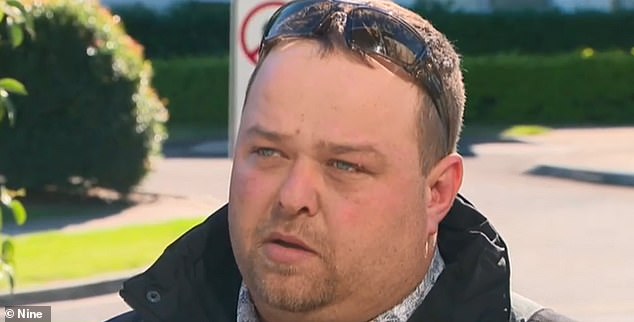 Myley’s father (pictured) said he thinks she would still be alive if laws banning children from bigger quad bikes were enacted.

‘A voice, presumably that of the semi-conscious [driver], maintains a high-pitched moaning throughout.’

The property owners met the girls halfway to the house and made ‘agonised efforts’ to revive Myley on the garage floor until paramedics arrived.

She was declared dead 63 minutes after the crash.

Medical experts told the inquest her injuries, including multiple skull fractures and bleeding on her brain, were ‘unsurvivable’.

Myley’s parents arrived soon afterwards and her mother sat, inconsolable, by her body until it was finally removed eight hours after the crash.

Due to miscommunication and poor phone coverage, local police wrongly believed the body needed to stay where it lay until crash investigators arrived.

‘The rising distress of Myley’s parents as the afternoon and evening wore on can only be imagined,’ Ms Ryan said.

During the inquest, the friend’s mother admitted she never read the warnings on the quad bikes, and thus let the girls ignore all of them.

The labels clearly stated that no one under 16 should ride them, passengers were not to be carried, and helmets had to be worn. 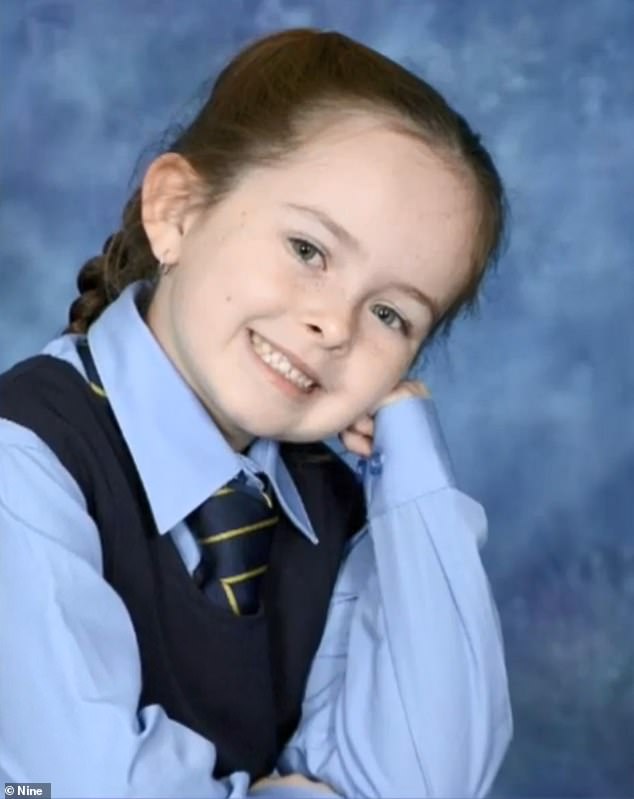 ‘There can be no question that the way in which the children were permitted to use the quadbikes was wholly inappropriate and unsafe,’ Ms Ryan said.

‘She and her friends had been permitted by adults to use quadbikes in ways that were far outside their intended usage, and in complete disregard for warnings prominently displayed.

‘Myley’s death was a tragedy that was entirely preventable. Her family is heartbroken by her death, and the four young girls who were with her are still struggling with their feelings of shock and sadness.’

During the inquest, the mother who was hosting the sleepover said she had told the older girls to put a ‘hat’ on Myley when driving the quad bikes.

She said she used the word ‘hat’ was used on the property to refer to a helmet, but the girls may have misunderstood as they had put a baseball cap on Myley.

Crash investigators said the inexperienced driver of Myley’s bike may have been unable to properly steer because Myley was sitting in front of her.

She was also driving on an unfamiliar track, may not have been strong enough to steer hard at that speed, and may have panicked and pumped the accelerator.

Ms Ryan spent a significant part of the 20-page findings recommending a slate of new laws that Myley’s parents want named for her. 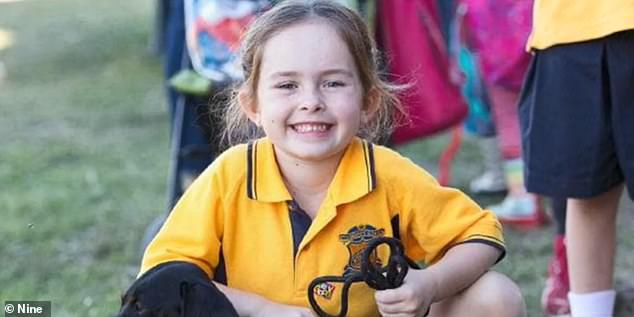 She said wearing a helmet while using a quad bike should be mandatory, and that children under 16 should be banned from driving adult-sized bikes.

She also advised the state government look into mandatory licencing or training for anyone wanting to ride an adult-sized bike.

It would be a criminal offence to break any of these, and police would be allowed to enter private property to investigate.

Another previously made similar recommendations in 2015, while looking into nine other fatal incidents involving quad bikes in the state.

However, then-Attorney-General Gabrielle Upton declined to give the Law Reform Commission a reference to consider bringing the recommendations

This was because then-Roads Minister Duncan Gay advised that road transport law did not apply to private land.