The man who helped sculpt Lara Worthington’s age-defying body is a former U.S. marine who preaches a gruelling ‘old school, fast and furious’ workout style similar to that of professional boxers.

California-based Rodney Johnson began working with the Australian model almost a decade ago after the pair met through her husband, actor Sam Worthington.

Johnson had earlier helped Sam get in peak shape for his 2010 action flick Clash Of The Titans and, prior to that, was the man behind Christian Bale’s transformation for Batman Begins.

The exhaustive but no-nonsense approach is understood to have been integral in Lara’s preparation for her famous 2021 global Seafolly campaign.

Lara has recently added hot yoga to her workout routine, with the 35-year-old mum-of-three showing off the results during a dip at Bondi recently 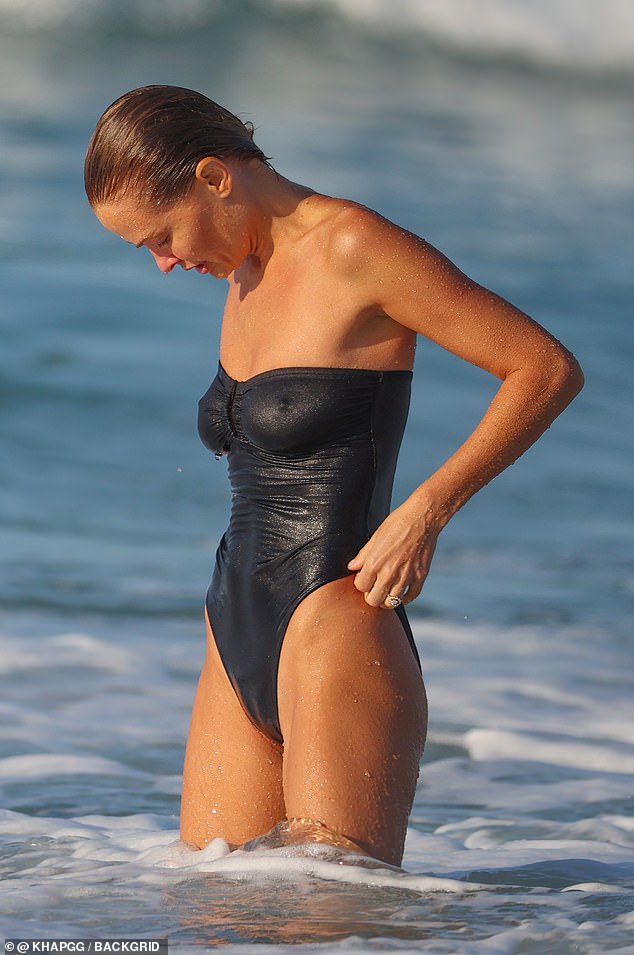 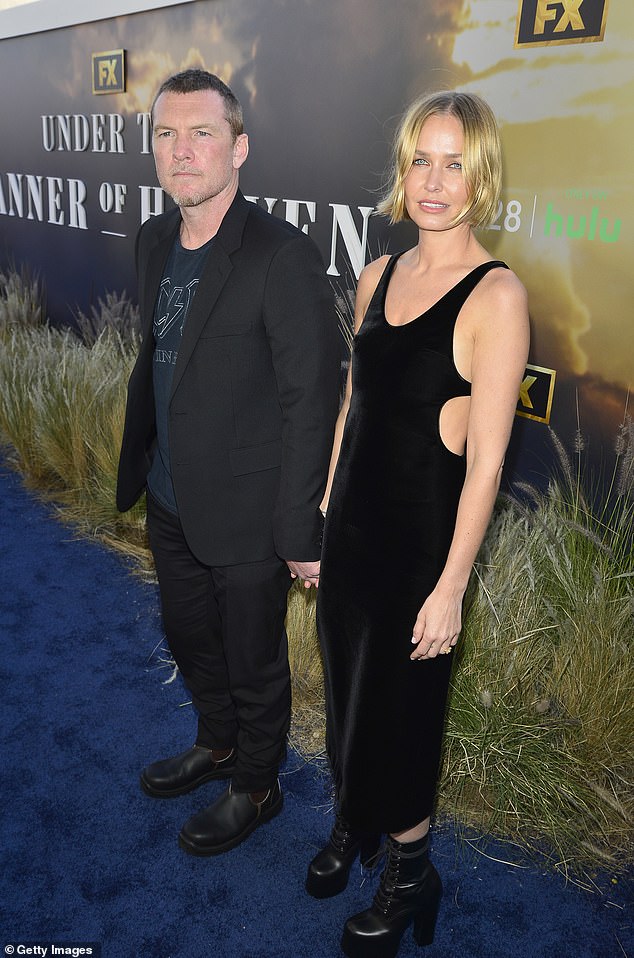 Johnson’s first major film credit goes back to 1997 when he trained Brendan Fraser for his role in the family action comedy George of the Jungle.

An advocate for ‘old school’ techniques that ‘deliver results’, Johnson espouses a regime that includes daily and sometimes twice-daily workouts, from lifting heavy weights to skipping and climbing stairs.

Outlining his program for intermediate to advanced level trainers, Johnson advises to pick four alternate days for weight training, then add cardio workouts on the other remaining days. 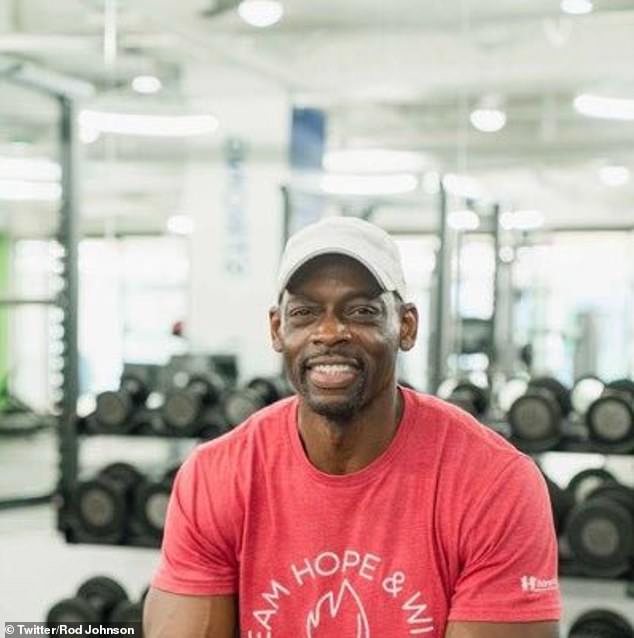 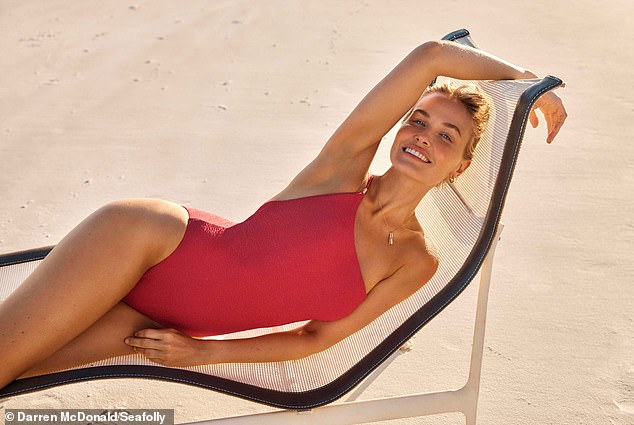 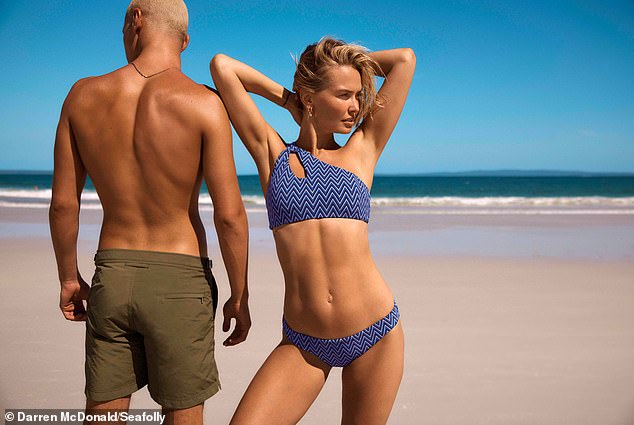 Lara’s trainer preaches a mantra of intense, daily workouts with a day of ‘double cardio’ every week for clients who are at an ‘advanced or intermediate’ level

‘Your 6th day will be a double aerobic day,’ he says.

Dietary plans under Johnson’s program are restricted to 1,800 calories per day for women and 2,500 for men, with food options including ‘hard boiled eggs, tuna in water, lean meat, cottage cheese and whole wheat pita bread’.

Lara showcased the results of her intense workouts in Sydney last week when she took to the waves at Bondi for a quick dip – a break from her promotional duties for athleisure label 2XU.

The 35-year-old mother-of-three looked super-fit in a black strapless swimsuit which accentuated her toned legs and lean waist.

Speaking of Johnson’s training methods back in 2020, Lara told OK! Magazine the American had also transformed her approach to food, with her and Sam both switching to a ‘mostly vegetarian-slash-pescetarian’ diet in recent years.

‘For many years I’ve worked out (when possible) with my personal trainer Rodney,’ Lara said. 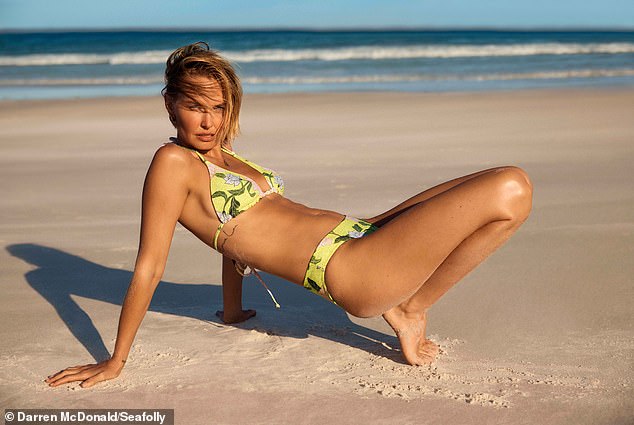 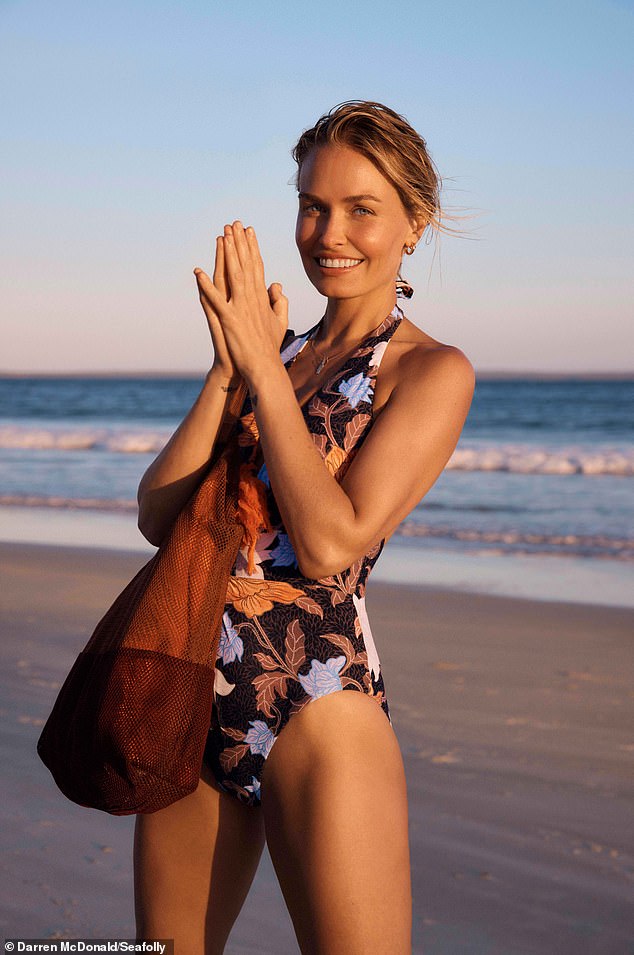 *Double your cardio on day 6 of your workout schedule

*Women limit calories to 1800 per day for weight loss

* Mix up your workouts and include jumping rope, stair-climbing, running, racquet sports and swimming to burn fat

* For weight training mix up machines, tubes and bands and free weights

*Drink little or no alcohol

‘Rodney is old-school and hardcore – super simple in his approach, but is hands down the best training I have done to date, and he has taught me a lot about diet too.’

More recently Lara has been practicing hot yoga – also known as Bikram yoga – an extreme workout done in a heated room designed to replicate the climate of India.

Other celebs who have also embraced the cult-like practice include Jennifer Aniston, Jessica Alba, Hailey Bieber and Meghan Markle.

It’s understood Lara, who is now based full time in New York, practices Bikram to help stay in shape while when she is unable to work out with Johnson.

Lara also incorporates regular home Pilates sessions and has installed a Pilates reformer at her homes both in Australia and the US.

‘I love Pilates and, of course, Fluidform in Sydney is a favourite. I like to try new places and recently purchased a reformer to have at home – I also began studying Pilates to further my knowledge on it,’ she said.

‘If I can get to a gym, I walk at a high incline for up to an hour each time.

‘I enjoy working out and schedule time each day to make it happen. At the moment I love to walk everywhere in New York – it’s exercise without even realising.’

Sam has also been a long-time advocate of Johnson’s training methods. 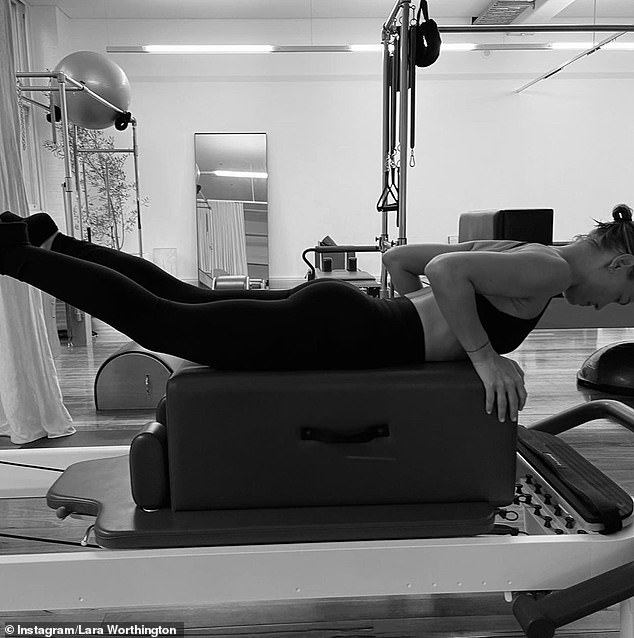 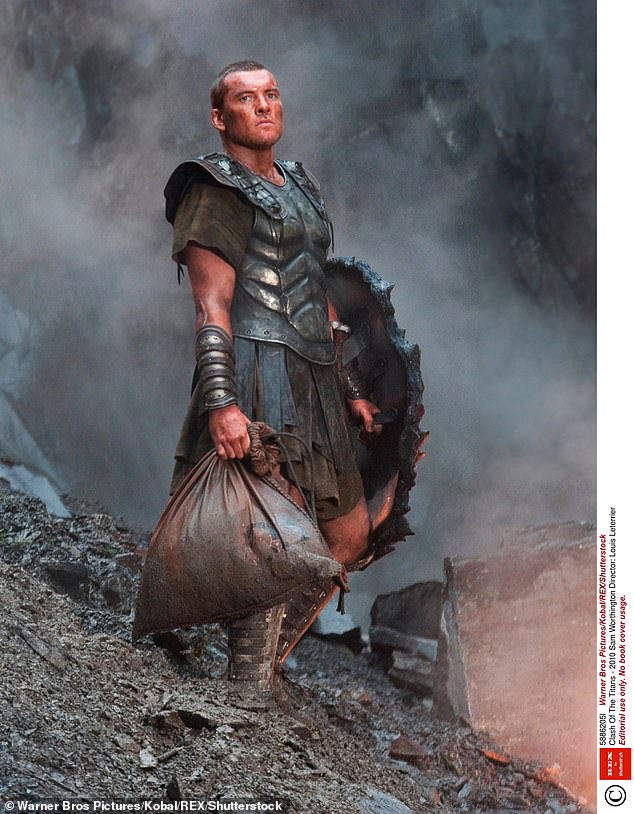 Sam pictured during Clash of the Titans in 2010. The Aussie actor said he looked like ‘a tank’ in the film after weeks of heavy weight training

‘Before ‘Clash of the Titans,’ I was doing five or six hours of training a day,’ Worthington told Men’s Health.

The now-45 year-old star’s intense schedule allowed him to pile on muscle, burn body fat and build definition and he says he often feels more like a “boxer” than an actor.

‘You’re living like a boxer. The training is fast and furious, that means the results come pretty darn quickly. 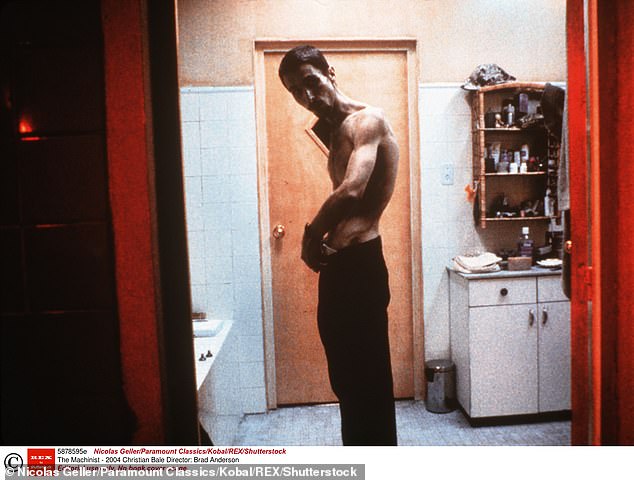 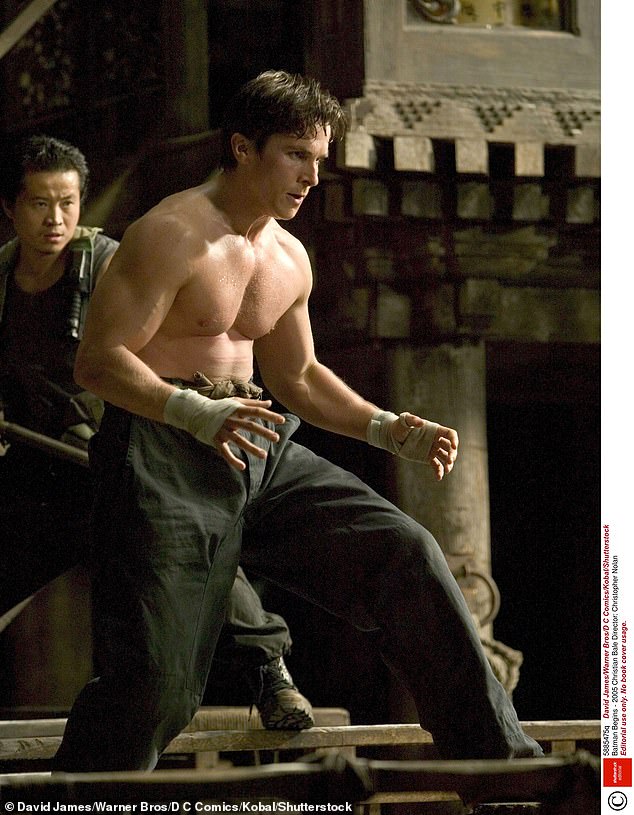