A new release from the Choir of King’s College Cambridge and a festive treat all the way from Tokyo, here’s my pick of the best Christmas carol albums

The best British entrant in the Great Christmas Carol Handicap comes from Albion, the label of the Ralph Vaughan Williams Society. A Vaughan Williams Christmas salutes VW’s achievement in travelling up and down the country in Edwardian times collecting traditional carols, and then arranging them free of Victorian gunk.

Here the Chapel Choir of the Royal Hospital Chelsea winningly perform 24 of these, including some original VW carols. The solo work is nothing like as distinguished as on the Tokyo album (see below) but this is still a fascinating issue.

What would Christmas be without the Choir of King’s College, Cambridge? They always have a new seasonal release, and this year it’s a double album celebrating the centenary of the much-loved Festival Of Nine Lessons And Carols, always a family favourite on Christmas Eve. 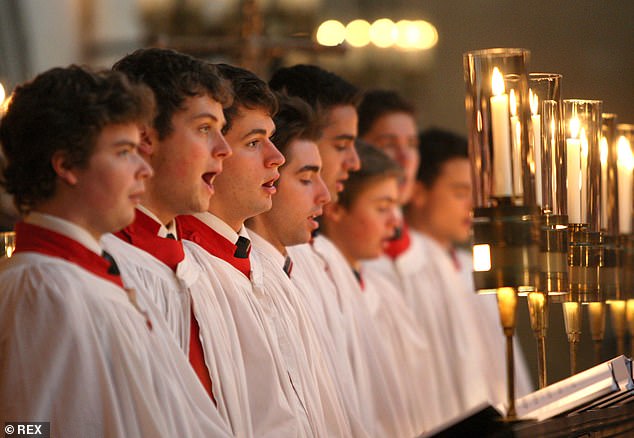 The Choir of King’s College, Cambridge. The first CD of 100 Years Of Nine Lessons And Carols draws on BBC broadcasts dating from 1958 and is full of atmosphere

The first CD of 100 Years Of Nine Lessons And Carols draws on BBC broadcasts dating from 1958 and is full of atmosphere. The second comprises 16 newly recorded carols under the choir’s soon- to-retire music director Stephen Cleobury. Good but not great.

The best British singing comes from The Sixteen, with a new album of 14th- to 17th- century carols. Much of the music on A Renaissance Christmas is unfamiliar, and all the better for that. The Sixteen’s founder/director, Harry Christophers, knows how it goes, and cerebral Christmas music fans will love this.

Now, one from left field. Jeannette Sorrell, founder of the Cleveland-based Apollo’s Fire baroque orchestra and chorus, always comes up with something original.

This year it’s Christmas On Sugarloaf Mountain, a hillbilly celebration with knees-up-in-the-barn seasonal music that will get your toes tapping. It’s subtitled ‘An Irish-Appalachian Celebration’ and it does what it says on the tin. Nothing pretentious, and great fun.

CAROL ALBUM OF THE YEAR 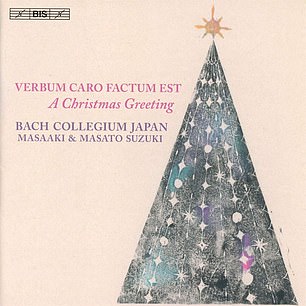 My Christmas carol album of the year comes from Tokyo. Amazing but true

My Christmas carol album of the year comes from Tokyo. Amazing but true. Masaaki Suzuki founded the Bach Collegium Japan in 1990, and has turned it into one of the world’s great ensembles.

Five years ago, Suzuki and his son Masato started sell-out Christmas Eve carol concerts at Tokyo’s celebrated Suntory Hall. This inspiring album is the fruits of their labours.

It’s a marvel from beginning to end. There is such freshness, and the choir is so extraordinarily good. Don’t miss it.