The flu vaccine was INEFFECTIVE during the 2021-2022 flu season

Latest flu vaccine was INEFFECTIVE during the 2021-2022 season and was deemed a ‘poor match’ to the strain, CDC report finds

The flu shot used during the 2021 to 2022 virus season was a poor match and did little to prevent circulation, a Centers for Disease Control and Prevention (CDC) report finds.

Researchers found that the vaccine only reduced the number of mild influenza by 16 percent, which they do not consider statistically significant.

The flu strain that struck America this year was of the H3N2 strain, one of the more dangerous versions of the virus, and the shot was not tailored to the specific version of the virus that ended up emerging.

Experts had warned of a brutal flu season this year for months leading up to it, after the virus had trouble circulating the previous season leaving many without antibodies to combat it.

Many Americans did get their flu shots, which health officials recommend to prevent the virus, but they did little to actually protect them from infection.

The CDC finds that the 2021-22 iteration of the flu vaccine did little to protect people against infection from the virus, though flu season was still not as brutal as expected. Pictured: A woman in Lakewood, California, receives her flu shot on October 14

‘This interim estimate of 2021–22 influenza VE suggests that influenza vaccination did not significantly reduce the risk of outpatient medically attended illness with influenza A viruses that have predominated so far this season,’ CDC researchers wrote in the study.

Data for the study, which was published Thursday afternoon, was gathered from 3,600 patients across seven states.

In total, 41 percent of people in the study who tested positive for the flu were vaccinated and 50 percent of those who tested negative were unvaccinated.

After adjustments, the researchers calculated a 16 percent level of infection risk for people who were vaccinated.

The believed efficacy of the vaccine was 40 to 60 percent at preventing infections from the virus.

Experts at the University of Pennsylvania raised concerns about the shots late last year.

A pre-print study found that the antibodies provided to the body by the vaccine where not effective against the H3N2 strain circulating at the time.

The CDC also notes in the study that vaccine coverage this flu season was worse than in previous years.

‘Influenza vaccination coverage is lower so far this season in certain groups, including some groups who are at high risk for severe influenza or complications from influenza, such as persons who are pregnant, infants, and preschool-aged children, as well as persons from racial and ethnic minority groups,’ researchers wrote. 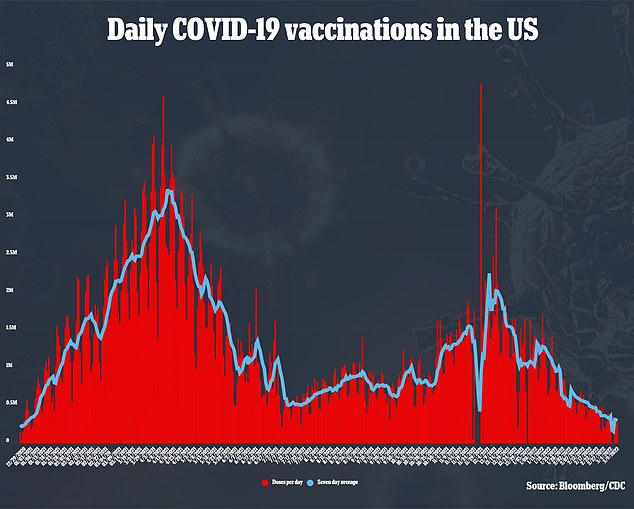 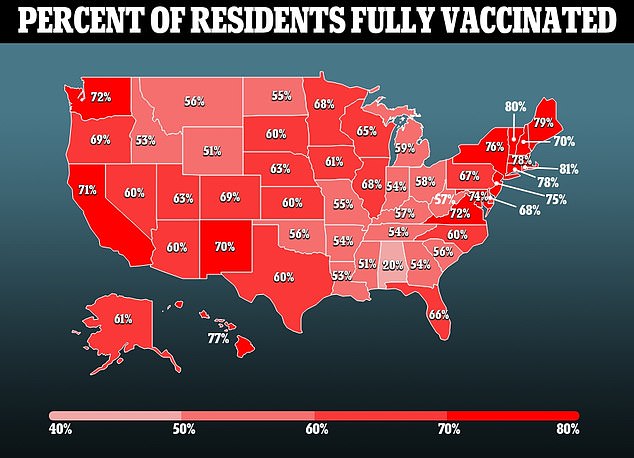 The version of the virus is also one of the more worrying ones, with it being fast mutating and more able to cause hospitalization and death in the vulnerable populations.

While the vaccine did little to prevent infection, experts are still confident that it was effective at preventing the worst symptoms of the virus.

This is similar to the COVID-19 vaccines, which were still effective at preventing hospitalization and death even after the immunity against infection began to wane.

Experts predicted that this flu season would be brutal, as the virus would come roaring back after being wiped out by Covid last year.

It was described as ‘mild’ though, even despite a lower vaccination rate and many people leaving behind things like masks and social distancing as fear of Covid began to wane as well.

Experts are not sure why the flu season they expected did not materialize, but it is clear that the vaccines did not play as much of a role as expected.