Around 500 cases of cancer diagnosed in women every week could be prevented, new research suggests.

More than 26,000 female cancers could be avoided annually if women drank less alcohol, ate more fibre, cut down on processed meat and were more active, a study found today.

Over 24,000 cases could also be prevented in men if they too led healthier lifestyles, the research adds.

Alison Cox, director of prevention at Cancer Research UK, which carried out the study, said: ‘These figures show the positive everyday steps we can each take to help reduce our individual risk.

‘Leading a healthy life doesn’t guarantee a person won’t get cancer, but it can stack the odds in your favour.’

Up to 26,000 female cancers could be avoided a year if women were more active (stock)

Up to 78 per cent of relaxers, which are used to permanently straighten hair, contain hormone-disrupting chemicals, known as parabens, a study found.

Past findings suggest parabens, which are used as preservatives, mimic oestrogen and may cause cancer, weight gain and reduced muscle mass.

Up to 78 per cent of hair products, including leave-in conditioners, also contain phthalates, the research adds.

Phthalates are added to prolong products’ shelf lives and have been linked to breast and ovarian cancer, as well as early menopause.

Out of the 18 products analysed, 11 contain chemicals that are banned under the EU cosmetic regulations due to their links to cancer and female infertility.

Results further suggest hair products aimed at black women contain up to 45 hormone-disrupting chemicals, which are not generally listed on their labels.

All of the products analysed contain at least one fragrance, which have previously been described as ‘gender benders’ due to them encouraging male-breast growth.

The worst offenders were found in hair lotions, root stimulators and relaxers.

Lotions claim to moisturise, while root stimulators are thought to encourage hair growth and strength.

Previous research suggests alcohol is linked to seven different types of cancer and causes three percent of cases a year in the UK.

Booze contains the chemical acetaldehyde, which damages DNA and prevents it being repaired.

Alcohol also increases the levels of certain hormones, such as oestrogen, which is linked to breast cancer.

Drinking excessively is associated with liver damage, which can cause the organ to develop tumours.

Fibre is thought to protect against cancer by bulking out people’s digestive systems, which shortens the amount of time waste products travel through their bowels.

Waste often contains cancer-causing substances and should therefore be removed as quickly as possible.

Bacteria that breaks down fibre also release a substance that is associated with the inhibition of tumours in the colon and rectum.

Certain chemicals that both occur naturally and are added to processed meats are cancer causing.

For example, when a chemical in red meat, known as haem, is broken down in the gut, chemicals are formed that damage the cells that line the bowel, which can lead to colon cancer.

Exercise can lower the amount of the hormones oestrogen and insulin in people’s blood.

High levels are associated with breast and womb cancers.

Being active also reduces inflammation in the bowel and speeds up the removal of waste products, which both reduce the risk of the disease.

Previous research suggests carrying too much weight is the biggest cause of cancer after smoking.

‘The impact of diet and exercise cannot be ignored’

Results further suggest leading a healthier lifestyle could prevent 15 per cent of all cancers diagnosed in women a year in the UK.

Exercise particularly protects against bowel and breast cancers, which are two of the most common forms of the disease in women.

Ms Cox added: ‘Whilst not smoking remains the most important way to reduce cancer risk, the impact of diet and exercise to keep a healthy weight cannot be ignored.

‘We’re also campaigning for the government to create an environment where it’s easier for us all to live healthier lives, including a ban on junk food TV adverts before the 9pm watershed.’

The findings were calculated based on 2015 cancer data.

Cancer Research UK is encouraging women to take part in Race for Life this summer to kick start a more active lifestyle.

Race for Life is a series of women-only events that raise money for research into more than 200 types of cancer affecting men, women and children.

Holly Dowler, 28, decided to overhaul her lifestyle after several family members were diagnosed with cancer.

‘Two years later another aunt was diagnosed with breast cancer.

‘I’ve always worried about my likelihood of getting cancer as it’s affected so many members of my family.

‘I’d always been very overweight but after having my son, who’s now three, I realised I needed to lose weight to set a good example.

‘I thought “Let’s not give cancer any more chances with me – let’s do something about it and help reduce my risk”.’

Ms Dowler, who has lost seven stone, is taking part in a 10k Race for Life event this month.

Previous research suggests carrying too much weight is the biggest cause of cancer after smoking.

Race for Life is a series of women-only events that raise money for research into more than 200 types of cancer affecting men, women and children. 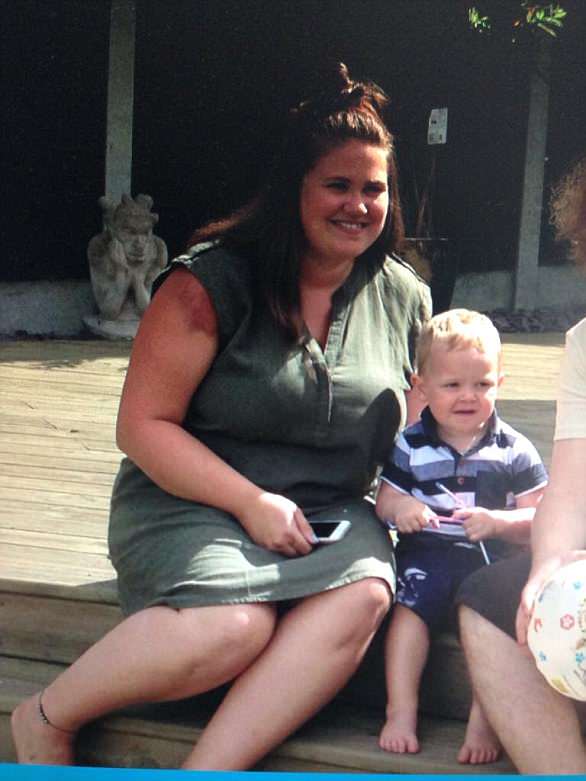 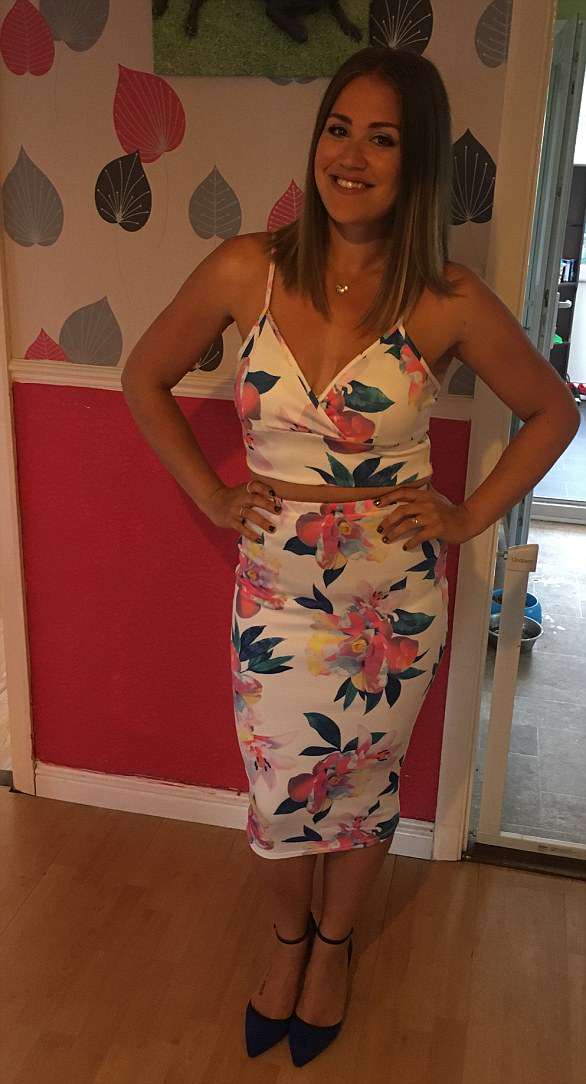 She has lost seven stone. Carrying too excess weight is a risk factor for cancer