The GOP is ‘lost’ and has become the ‘autocratic party’: Ex-Romney advisor says

The GOP is ‘lost’ and has become the ‘autocratic party’: Ex-Romney advisor says Cheney was ‘drummed out’ of a Republicans who have abandoned the ‘concept’ of Democracy

Republicans have lost their way with the defeat of Wyoming Rep. Liz Cheney, according to ex-Romney strategist Stuart Stevens.

Stevens, who now serves as an advisor to the controversial anti-Trump conservative group Lincoln Project, told CNN on Wednesday: ‘I think the party is pretty lost.’

‘A Cheney was drummed out of the Republican party. It had nothing to do with policy – she supported Trump’s policy, to the extent there was a coherent policy.’

‘I think it’s a big mistake if we make this too much about Trump because really this is about the complete abandonment of a Republican Party … abandoning the concept of what it means to operate within a democratic system,’ Stevens said. ‘Ultimately, this is about the fact that Republicans are unwilling to lose.

Cheney, Wyoming’s only House member, was beat out by Trump-backed Harriet Hageman by 37 points after the former vice president’s daughter sparred with Trump over his election fraud claims and became a prominent figure on the January 6th committee.

Stuart said that no matter who runs in 2024, it won’t be a ‘normal race between two political parties with different philosophies’ but a ‘race to remove an occupier,’ since he claimed most of the GOP does not believe Biden is a legitimately elected president.

Republicans have lost their way with the defeat of Wyoming Rep. Liz Cheney, according to ex-Romney strategist Stuart Stevens 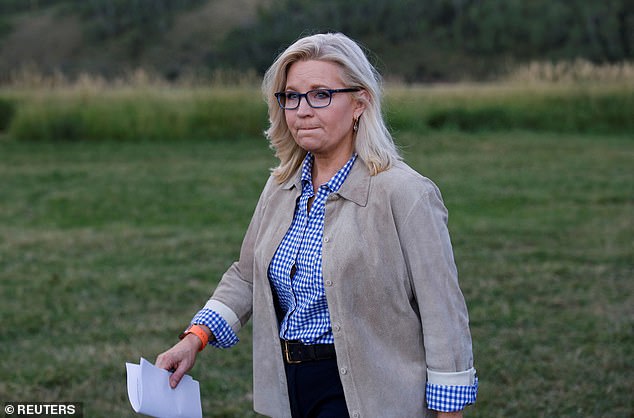 Rep. Liz Cheney, Wyoming’s only House member, was beat out by Trump-backed Harriet Hageman by 37 points

Cheney was the last of the 10 House members who voted for impeachment to face Trump’s vengeance in a primary race. Four of those impeachment voters opted to retire after this year, four lost their primary to Trump-backed candidate and two held on to the GOP nomination.

Stuart said that Cheney is also ‘reminding Americans but particularly reminding the Republican Party what it is to be an American.’

‘To be an American you have to exist in a system in which you believe both sides can have merit. And if the other side wins, you are willing to lose. That’s the essence of it. And that’s the difference between us in what happens in Russia, us and what is now happening in Hungary,’ he added.

He claimed that January 6th was not an ‘isolated event’ but rather part of a Republican effort to ‘change the way we vote in America.’

‘[Republicans] are losing a majority support of Americans and they have to do something it is become an autocratic party,’ he said. 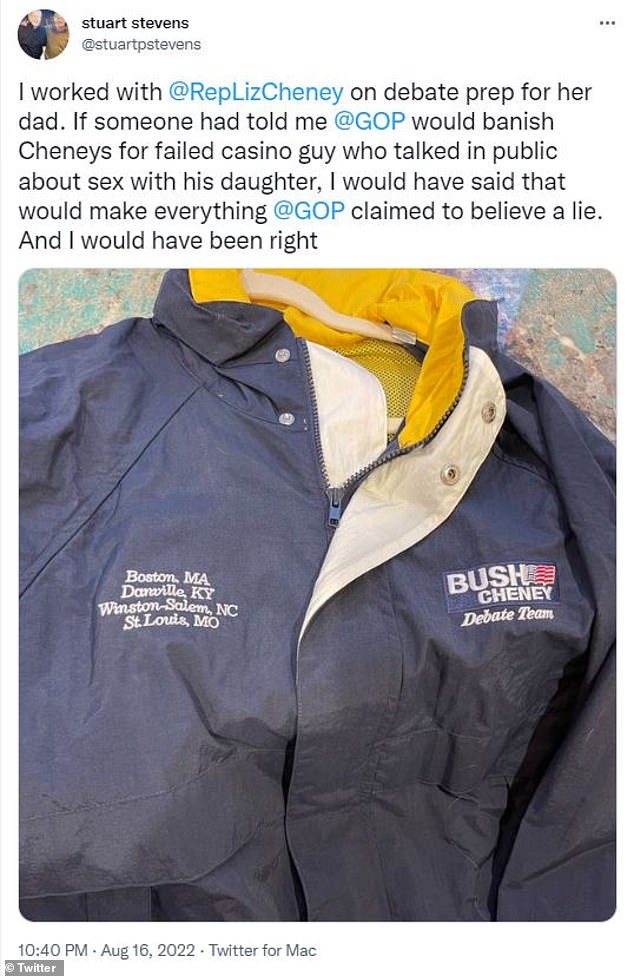 After her loss, the three-term congresswoman said she will do ‘whatever it takes’ to keep the former president out of the White House.

‘I believe that Donald Trump continues to post a very grave threat and risk to our Republic,’ she said on NBC’s Today Show. ‘And I believe that defeating him will require a very broad and united front of Republicans, Democrats and Independents. And that’s what I intend to be a part of.’

‘I know that there are millions and millions of Americans across this country, again, regardless of their party affiliation, who know that there’s something more important than partisan politics and who know we all have to stand together if we want to defend this republic,’ she insisted.

When pushed on if she’s thinking about running for president, the congresswoman said: ‘That’s a decision that I’m going to make in the coming months.’

‘I’m not going to make any announcements here this morning,’ Cheney added. ‘But it is something I’m thinking about.’