The Great Black Friday Swindle: Study reveals 95% of ‘bargains’ are cheaper to buy before the sales

Black Friday does not offer the bargains it claims, consumer experts warn today.

Almost all of the ‘deals’ promoted around the event last year were actually on offer for the same price or cheaper in the six months either before or after.

Remarkably, just one in 20 was actually the cheapest price on that date.

Consumer group Which? has told shoppers to be wary of what they describe as the ‘Great Black Friday Swindle’ after analysing dozens of offers from Amazon, John Lewis and Currys PC World.

Imported from the US, Black Friday always falls on the last Friday of November. This is because the sales are scheduled to follow the American holiday of Thanksgiving which takes place the day before.

In Britain, the event has been a disaster for many retailers – particularly those with a high street presence – because they feel they have to slash prices or risk missing out on the first flush of festive spending.

Before Black Friday crossed the Atlantic, shops held off advertising discounts until the last minute before Christmas.

However, the November sales event now leads to a huge spending splurge over the weekend – only to be followed by empty stores and streets through December.

Now research by Which? suggests the Black Friday sales themselves are not all they seem.

The consumer group did not find evidence that any of the retailers were breaking the law. However, it is concerned that shoppers are at risk of being confused.

A Samsung HW-MS650 soundbar was £299 at Currys PC World on Black Friday, but within a month the price dropped by £49 for at least five days. The Amazon Echo smart speaker was on offer at £54.99 – an apparent saving of 39 per cent. However, it was cheaper on at least 13 occasions before Black Friday. 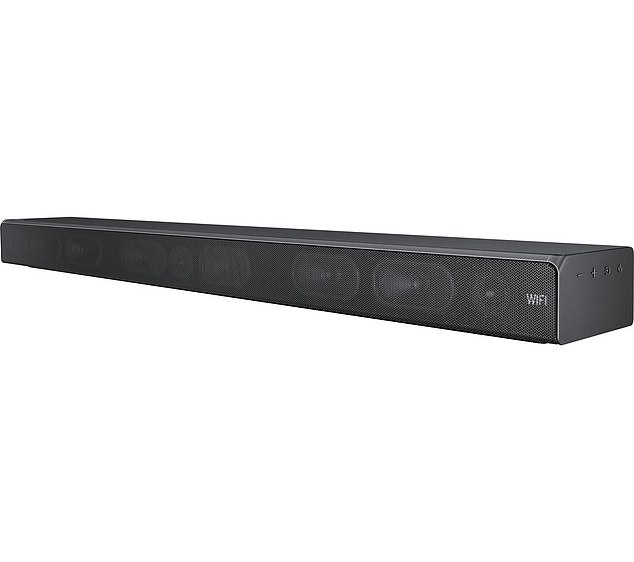 A Samsung HW-MS650 soundbar (above) was £299 at Currys PC World on Black Friday, but within a month the price dropped by £49 for at least five days

Natalie Hitchins at Which? said: ‘We have repeatedly shown that “deals” touted by retailers on Black Friday are not as good as they seem. Time-limited sales can be a good opportunity to bag a bargain, but don’t fall for the pressure tactics around Black Friday. Our investigation indicates that this popular shopping event is all hype and there are few genuine discounts.’ 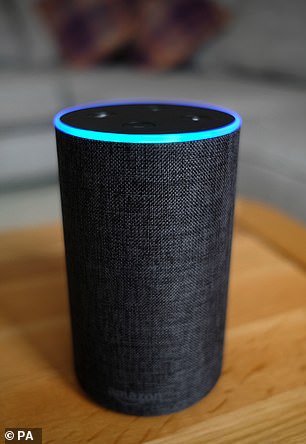 The Amazon Echo smart speaker (pictured) was on offer at £54.99 – an apparent saving of 39 per cent

A spokesman for Amazon, which has driven the take-up of Black Friday in Britain, said: ‘Our Black Friday Sale is about thousands of deals on a huge selection of products from every category across the site, at a time of year when we know saving money is important to our customers.’

Currys PC World said its customers ‘appreciate the increased choice during Black Friday where we have the most deals on at once’, adding: ‘When we launched our Black Friday event last year 40 per cent of those products were the lowest price they had ever been.’

John Lewis said: ‘As a participating retailer in Black Friday, we offer hundreds of deals across technology, home, beauty and fashion. In addition to the variety of offers we have… during the Black Friday period, our commitment to being Never Knowingly Undersold means we continuously monitor and match the prices of our high street competitors. As such, we offer our customers the best value on the high street all year round, including during the Black Friday period.’

Amazon challenged the Which? research saying: ‘The claim from Which? with regard to Echo is false and we have made this clear in our response to them. Amazon.co.uk customers were not able to buy the Echo (2nd gen) device cheaper before Black Friday 2018.’

Pictured: The mega-warehouse where a MILLION fashion orders are processed in just one week

Covering the equivalent of 15 football pitches, this enormous fashion warehouse is ready for the Black Friday feeding frenzy.

The giant hub serves the customers of online store PrettyLittleThing using AI computers, robot technology and a staggering 3,000 employees. Shoppers were given a glimpse inside the facility by the brand’s founder, Umar Kamani, who posted a video of the 650,000 sq ft space in Sheffield online.

The clip follows employees fulfilling customer orders, wheeling mobile stacking units through the shelves and picking items by hand. These are then taken to another station where they are packaged and fed on to conveyer belts. The Sheffield site will fulfil more than a million orders this week on the back of promised price cuts of up to 70 per cent. 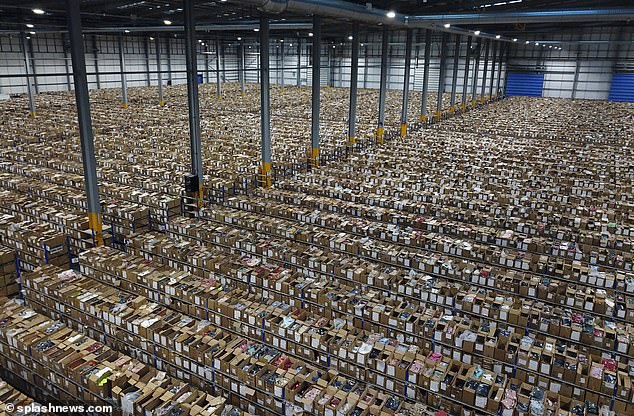 The 650,000Sq Ft Sheffield warehouse of PrettyLittleThing – where 1000 workers will work long shifts to dispatch one million parcels in Black Friday sales week

The cut-throat discounts being offered show the level of competition faced by retailers against the background of a spending squeeze.

More than a million packages will be shipped from the site this week.

Working hours are in 12-hour shifts of 7am-7pm with four days on, four days off.

Workers get 40 per cent off PrettyLittleThing products and other brands owned by its parent group.

Founded in 2012 by Umar Kamani and his brother Adam in Manchester, the company is now worth £3billion.

Despite the remarkable images, this operation represents a fraction of Black Friday preparations.

It is estimated almost £30billion will be spent in the UK over a 14-day sales period, putting huge pressure on the postal service, websites and warehouse hubs such as this one.

Though the Sheffield site is heavily reliant on automated picking and sorting systems, its workforce has doubled to 3,000 to cover Black Friday and the run-up to Christmas.

The warehouses at the centre of the shift to web shopping have been heavily criticised for the way workers are treated, including long hours, poor working conditions and low pay.

The Sheffield site has been recruiting staff with an offer of 12-hour shifts worked on the basis of four days on and four days off.

Workers also receive a 40 per cent discount on brands owned by the Boohoo group – including PrettyLittleThing, Boohoo and NastyGal – after three months of service.

PrettyLittleThing recently relocated its logistics operation to the warehouse following rapid growth, which saw sales rise by 107 per cent to £374.4million this year. The company – now worth £3billion – was launched seven years ago by Mr Kamani, 31, from Manchester, and his brother Adam, 30.

It currently has offices in London, Los Angeles, Miami, Paris, Hong Kong and Sydney and claims endorsements from celebrities including Little Mix, the Kardashians and Jennifer Lopez.

Umar Kamani, who split with his long-term girlfriend Amy Reddish in July, lives a lavish lifestyle, which includes spending time on his yacht along the Amalfi coast and driving around Beverly Hills in his £300,000 Rolls-Royce, which is part of a car collection that includes Ferraris and Lamborghinis. He was recently listed as one of Tatler’s top ten eligible bachelors of the year.