The guide to being a love rat: Don’t blame your spouse and don’t say sorry, says sex therapist

‘I’d rather die of passion than of boredom,’ said Gigi, a 44-year-old shoe designer with three boyfriends she met on cheating website Ashley Madison – while still married to her husband, an oblivious Midwestern soy bean farmer.

Gigi’s story sounds like a cross between a textbook, run-of-the-mill affair and a plot from a romance novel. She was a glamorous businesswoman traveling to places like Paris, Milan and Rome who initially fell in love with a considerably less exciting beau. That’s when they got married – but soon commenced the slow and tedious death march toward to divorce. She found herself looking outside of the soy bean farm – which her husband tended year-round – for sexual fulfillment, eroticism and the thrill of the forbidden.

Her experience is one of thousands that Dr Tammy Nelson has heard in the 30 years she’s worked as a licensed sex therapist. Affairs with co-workers, covert Ashley Madison profiles, paid sex-workers, business trip romps and emotional affairs – she has seen it all and has now written a book ‘with the cheater in mind’ titled, ‘When You’re The One Who Cheats.’

Dr. Tammy Nelson latest book is written with ‘the cheater in mind.’ She hopes the reader will come away understanding their options and feeling hope

This self-help book chaperones the philanderer through every step of the process in an unprejudiced manner; illuminating her theories through the circumstances of her clients and guiding adulterers through their indiscretions.

‘All names have been changed to protect the GUILTY,’ reads the prologue.

Dr Nelson believes that outlining exactly what monogamy means in your relationship is more important than the routine wedding vows to ‘love, honor and cherish.’ To that point, she believes that current societal standards for monogamy are out of date: ‘Two hundred years ago, we lived til we were 38 years old and we were married for an average of 15 years; by the time you got bored, you were dead.’

Pete and Arnie landed on Dr Nelson’s couch after Arnie had secretly been hiring online sex workers to engage in virtual sex. Arnie felt like it was a convenient way to fulfill his carnal needs without interfering in their relationship since Pete had become more disinterested in bedroom play over time. After 20 years, the couple needed to lay new ground rules and re-define what monogamy meant to their relationship: ‘You never gave me a chance to have it as part of our understanding,’ said Pete – and this is where their partnership suffered.

‘Today, we’re supposed to live with someone for 50, 60 sometimes 70 years—that’s a long time to be with one person. Monogamy in and of itself has changed. You have to define what monogamy means and then have a conversation with your spouse about what it actually looks like,’ Dr. Nelson tells DailyMail.com.

According to her book, all cheating can be boiled down into two categories: ‘the can-opener’ and ‘the wake-up or break-up affair.’ Identifying which group you fall under is a key element to Dr Nelson’s program because it also defines the ensuing therapy.

The ‘can-opener’ scenario is a form of cheating one commits hoping to get caught. It’s an affair as a means to an end.

‘I do believe that sometimes people have an affair that is clearly a way to get out of a relationship and they don’t know how to do it themselves so they create a reason for their partner to do it,’ said Dr Nelson.

There is hope for a future after a ‘wake-up or break up affair’ – best explained by Evan and Anna, who learned to understand each other through therapy. The married couple found themselves in Dr Nelson’s office after Evan cheated on Anna with a significantly younger co-worker, someone he had been seeing for over two years and began to develop feelings for. Evan paid for his mistress’ college tuition, which only complicated matters and made Anna feel betrayed on two fronts.

Evan didn’t feel regret for his actions, but he was apologetic that Anna was hurt. In his mind, Evan felt like his mistress helped him with issues that were too uncomfortable to bring up with Anna. Dr Nelson quotes Evan in the book saying: ‘Anna, I’m not in love with her. I’m embarrassed. I was always embarrassed to talk to you about my erectile dysfunction. And so that’s all it was. And I felt like I owed her, because she helped me, that’s all.’

There are currently 60 million people on Ashley Madison, the online dating service marketed for people in relationships seeking extra-marital affairs; even more mind-blowing is the fact that 14,500 people sign up for the site every day. 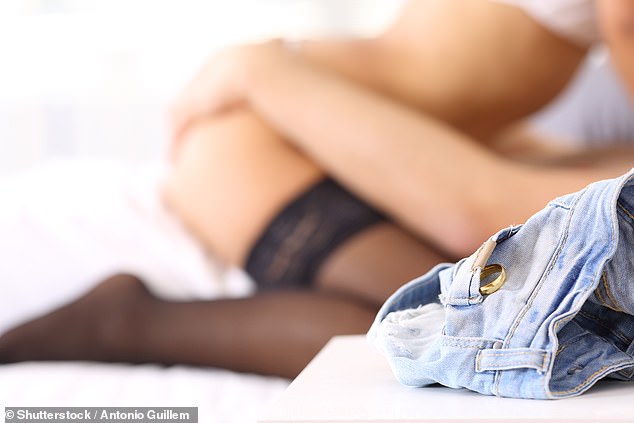 Dr. Tammy Nelson draws on her 30 years of experience as a sex therapist, offering marital advice while dishing on some of her client’s wildest cheating stories

Dr Nelson, who is also a consultant for the site, says that ‘there are as many reasons for cheating as there are people who cheat.’ One of the most common motives is sexual satisfaction.

‘I’m just into sex,’ said Billy – a client of Dr Nelson’s. He made it clear that he could have sex with ‘pretty much anyone, gay, bi, trans.’ But this became a problem when his wife Leslie discovered Billy’s naked profile picture on a gay dating app. It only made matters worse when she learned that Billy had been seeing the same man over the course of a year. Instead of coming clean, he furiously denied it. He even tried to convince Leslie that someone had stolen his identity and used his image to create a fake account.

‘He was frightened that Leslie wouldn’t understand his desires. He had always felt that he was more into sex than she was…and that she would judge him if she knew what he was into,’ said Dr Nelson. Forgiveness isn’t the goal when it comes to her brand of couples therapy; ‘it’s more about coming to a place of empathy,’ she explains.

A popular misconception is that men cheat more than women – but data pulled from Ashley Madison indicates otherwise. According to a 2017 report conducted by Ernst & Young, there are 1.13 paid female memberships for every single paid male account.

‘There was a time, when sex with my husband was good, but that went away,’ said Gigi. By the time the 44-year-old shoe designer started seeing Dr. Nelson, she had already met multiple men on Ashley Madison and currently had three boyfriends that she spoke with every day. Over time, the couple began to live separate lives, and their relationship was all but over yet her husband was unwilling to consider a divorce. According to Gigi, she was ‘cheating to stay married’ to her husband of 19 years.

1. You’re the one who cheated

2. It doesn’t matter why you did it

3. Tell or don’t; But don’t blame your spouse

7. Sometimes you fall in love

‘Once I realized the level of attraction I had for my sexual partners, and they for me, it became the driving impetus; until then, my physical needs weren’t being met at home. There was no longer any physical attraction between me and my husband,’ Gigi told Dr Nelson.

Part of this is strictly chemical: sneaking around increases adrenaline and endorphins that surge blood flow to our brains. Dopamine, often known as ‘the pleasure hormone’ overwrites all ‘negative’ logic with a dopey high feeling that can be addictive.

‘Most people want awe-inspiring sex. And it’s not just men who want good sex. If anyone tells you that men cheat for sex and women cheat for emotion, they’re wrong – though they might be forgiven for being either naïve, sexist, or just out of touch with reality,’ writes Nelson. In fact, women between the ages of 18 and 29 commit adultery more often than men do. 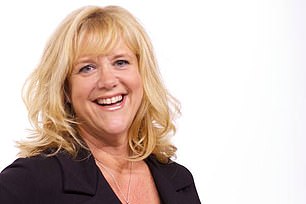 Dr. Tammy Nelson says her mission in writing this book is to help people live with integrity

Maddie and Bo found themselves seeking professional help when Bo learned of Maddie’s infidelity after she left her phone out; the naked texts she sent to multiple men exposed her secret affairs.

‘Honey, Bo, dear. It’s nothing. I don’t know what you’re so worried about,’ said Maddie. Bo had his suspicions but dismissed them under the assumption that her quick and busy business trips left little room for anything but work. Nevertheless, she made time to have four of them and Bo was furious.

‘I think he’s angry because I’m the woman and women don’t cheat. But, whatever! It’s fine, no big deal. We should just move on. It’s over,’ said Maddie.

Losing passion over time is somewhat inevitable in relationships if you don’t work to keep it alive. Hectic work schedules, stress and children can all contribute to the erosion toward what Dr Nelson calls, ‘the sweatpants phase.’ She dives deeper into the ubiquitous phenomena and says, ‘Routine and responsibility strengthen attachment and companionship in relationships. But attachment and companionship can be total passion killers.’

‘I hate the word cheating,’ said Cara, a 60-year-old woman that volunteered to talk with Dr. Nelson about her affairs. ‘It implies that we are doing something terrible, like cheating on our taxes, or breaking a legal contract. An affair is something that you do because you need to; it’s not like you are stealing from a store or something.’

Cara’s relationship with her husband was plagued by various problems, mental illness, depression, anxiety and they eventually grew apart. ‘We didn’t have sex for six years…So, I went online and I met some other men. I had to take care of myself. It is not like I was robbing him of anything.’

But when her husband eventually found out, he emptied the bank accounts and disappeared, leaving Cara broke and alone. ‘Which, according to her, didn’t feel all that different than when she and her husband had been living together,’ said Nelson.

‘I think we have to teach people how to create excitement in a marriage,’ Dr Nelson tells DailyMail.com, which indeed has been an integral part of her practice for many years. But unlike other books, When You’re The One Who Cheats is written with the adulterer in mind. She wants to make sure that there is hope and help for those feeling lost in their indiscretions.

She says: ‘My mission in writing this book is to help people come to terms with how to live with integrity – even if they’re the cheater.’