Revealed: The everyday habit millions of drivers are addicted to that could see you fined $500 and lose three points

Motorists with a caffeine addiction could be putting themselves at risk of a hefty fine and three points off their licence if they are caught sipping coffee behind the wheel.

A woman was left stunned when she was pulled over by police as she made her way to Sydney from Newcastle for work this week.

The woman claimed a highway patrol officer threatened to fine her $495 and deduct three points from her licence simply because she was drinking coffee. 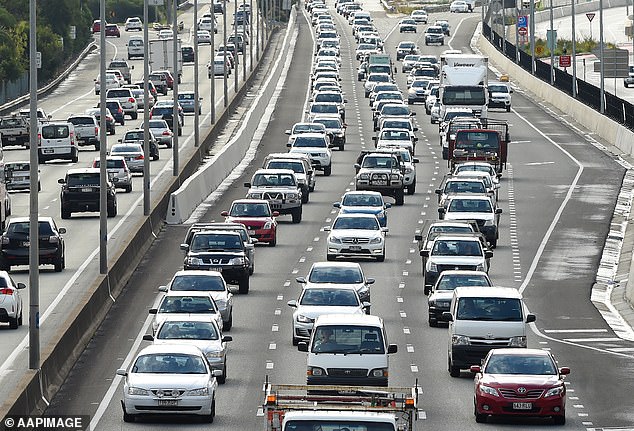 There is no law in any Australian jurisdiction that prohibits eating food or drinking non-alcoholic beverages while driving, however motorists can be fined if they are not in control of the vehicle

‘He started telling me that it was unsafe to be drinking coffee while I was driving,’ the woman told the Newcastle Herald.

‘He was telling me that I should be concentrating on driving and that he could give me a $495 fine and take three points from my licence.

‘I had no idea I was doing anything wrong. Then he said if I wanted to drink the coffee, I should pull over and have a drink, not just takes sips as I drive along.’

There is no law in any Australian jurisdiction that prohibits eating food or drinking non-alcoholic beverages while driving.

However, an infringement notice can be issued if police find the motorist is not in control of the vehicle because they are distracted. 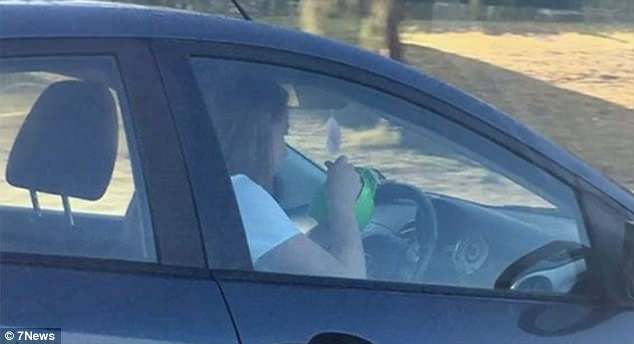 A 19-year-old Perth woman was issued an infringement notice last year after she was snapped eating a bowl of cereal while driving.

The woman was seen with a bowl in one hand a spoon in the other as her car swerved across the road, Perth Now reported.

She appeared to be steering her car with her legs.

She was issued a $300 fine and three demerit points for driving without due care and attention. 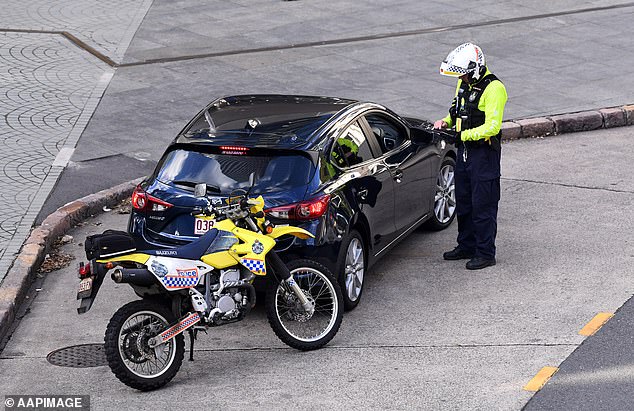 An infringement notice can be issued if police suspect a vehicle is being driven negligently, which can be caused by distraction from eating or drinking (stock image)

Police Commissioner Chris Dawson assured listeners when the footage first came to light that the cereal-enthusiast would be brought to justice.

‘If we’ve got the evidence and I think we’ve got the registration number here now, I’ll get my officers to chase that down,’ he told 6PR.

Dawson also issued a warning to drivers who enjoy breakfast on the go.

‘You can’t be driving a car and eating your brekkie at the same time. That is just ridiculously dangerous,’ he said.

Eating, drinking and driving rules for each state:

They could face a $448 fine and three demerit points

Anyone caught driving ‘without proper control’ can be fined $292

Distracted drivers who are caught eating, drinking, smoking or using a cellphone will be fined $184

Drivers caught eating or drinking could be charged with driving in a dangerous manner . They would face a $500 fine and three demerit points

They would also be given three demerit points

Motorists could also be stung with three demerit points