The Healer cures toddler’s chronic pain with just a touch

In the latest episode of his new TLC show called The Healer, he rids a toddler named Gibson of the constant pain in his head, legs and back caused by two different conditions that limit hormone production.

And though skeptics have raised suspicions on the credibility of Charlie’s gift, researchers from New York University have conducted studies and determined that ‘something real’ is happening.

Charlie Goldsmith, 36, is known as The Healer and uses alternative energy to heal people’s pain with just his hands 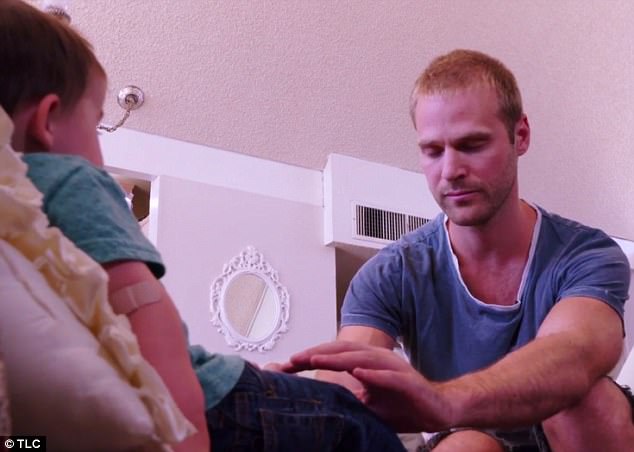 Charlie said he discovered his gift at 18 years old and does so in a process similar to mediating by focusing his energy on a person’s issue which ranges from infection and chronic pain to autoimmune disorders.

He places his hands over the patient’s painful area and within seconds they claim to be rid of the pain.

This was shown in Monday’s episode where Gibson said he felt no pain after Charlie’s touch. The toddler suffers from congenital adrenal hyperplasia, which causes his body to produce no salt, and a hormone growth deficiency, which combined leaves him with chronic joint pain.

Most of our narcotics decrease a patient’s pain by three to five points. If you go from a 10, meaning the worst pain you can imagine, to five, that’s significant. In some cases, Charlie reduced a patient’s pain from 10 to zero

The Australian man participated in a study to test his abilities at NYU’s Lutheran Hospital which was was published in The Journal of Alternative and Complementary Medicine in 2015.

In the study, he successfully treated 90 percent of the 50 people he used his gift on. He also treated 29 others with other non-pain conditions and 90 percent showed improvement.

Dr. Ramsey Joudeh, of the study, said: ‘Most of our narcotics decrease a patient’s pain by three to five points. If you go from a 10, meaning the worst pain you can imagine, to five, that’s significant. In some cases, Charlie reduced a patient’s pain from 10 to zero.’

Spiritual and energy healing have become a mainstream concept as a form of holistic medicine with healers working from a wide range of philosophies.

There are many forms ranging from shamanism to Chinese and Japanese medicine. A popular method is the Japanese technique for stress reduction and healing known as Reiki.

The Healer aired last week and his first season is slated to feature celebrity patients including Real Housewives of Beverly Hills’ Kyle Richards who has fibromyalgia and actress Jennifer Grey, who has suffered pain since her car accident thirty years ago. 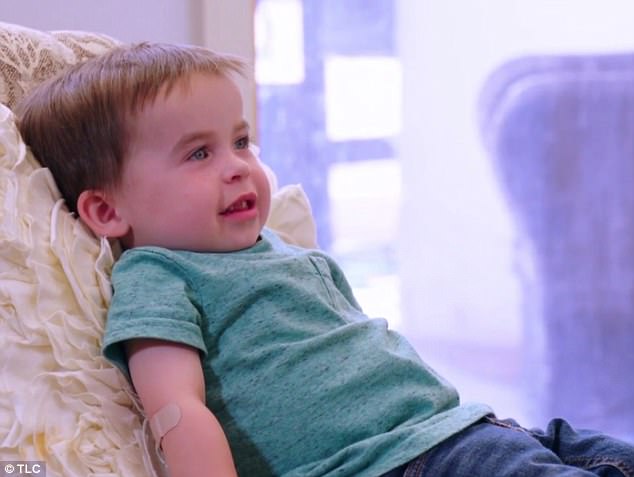 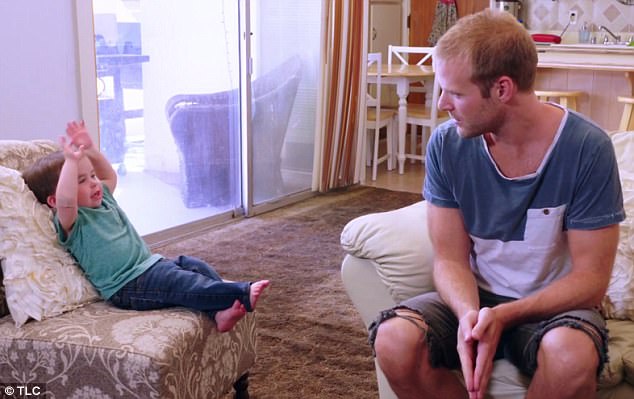 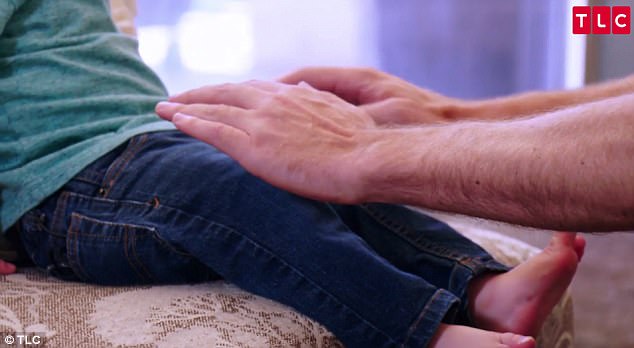 But on Monday’s episode Charlie focused his efforts on two-year-old Gibson who has two different conditions, congenital adrenal hyperplasia and a growth hormone deficiency.

It is a life-threatening condition that occurs when the body does not produce enough cortisol and salt, which regulates stress, injury and illness. Gibson’s body produces zero of those.

WHAT IS CONGENITAL ADRENAL HYPERPLASIA

Congenital adrenal hyperplasia is a group of inherited genetic disorders that affect the adrenal glands.

A person with CAH lacks one of the enzymes the adrenal glands use to produce hormones that help regulate metabolism, the immune system, blood pressure and other essential functions.

It is a life-threatening condition that occurs when the body does not produce enough cortisol and salt, which regulates stress, injury and illness.

Gibson was diagnosed when he was just six days old after suffering an adrenal crisis and going into cardiac arrest.

To avoid another crisis, his mom notices signs of shock such as his face getting read and feeds him salt to regulate the levels.

At one year old his parents noticed Gibson had stopped growing. He was then diagnosed with the hormone growth deficiency and is now injected with a nightly shot of growth hormones.

Because of his conditions, he continuously suffers from pain all around his body and especially in his joints.

His mom said: ‘Gibson gets really bad migraines to the point where he can’t function and gets dizzy.’

When Charlie enters Gibson’s home in the episode, he sits down with the toddler and asks where he feels his pain.

Gibson points to his head and knees.

Charlie hovers both hands over Gibson’s knees as he closes his eyes and focuses his energy on the toddler’s pain.

In just a few seconds, Gibson gets up and walks to his mom with a big smile and says his knees feel better.

Charlie repeats the same method to Gibson’s head and back, even putting him to sleep to the surprise of his parents. ‘He never falls asleep like that,’ his mom says.

Three months later, Gibson continues to be without pain and play like any other kid his age. His mother says they haven’t had to give him any extra stress-hormones because he’s been doing so well.

The toddler has also been sleeping through the night, something his mother says he has never done.

Charlie said: ‘I understand how to take people’s pain away, I don’t understand the science or the mechanics around it in the human body and I don’t know if I’ll ever know or care to know the how or the why.’ 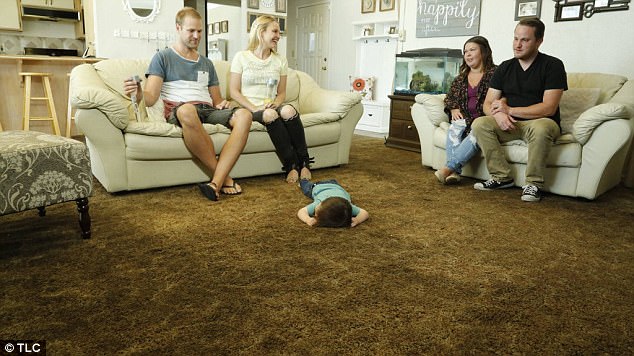 When Charlie began healing Gibson’s back, the toddler fell asleep, which his parents say is usually very hard to do 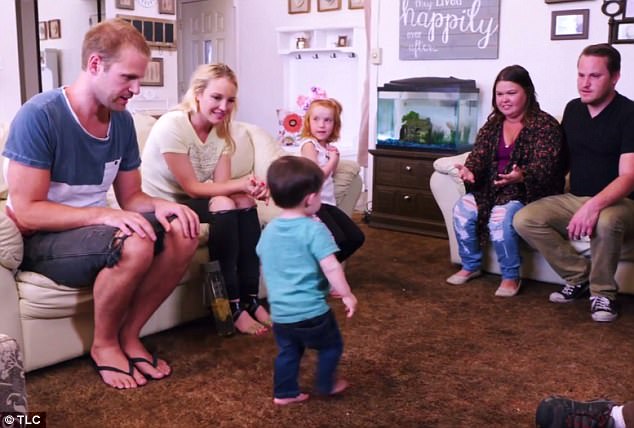 Three months later, Gibson’s mom says he is playing like every other kid without pain and sleeps regularly, something he was never able to do