As she digested the news that her breast cancer had not only come back, but had spread to her bones, Nicola Neame’s ‘overriding concern’ was to get the disease under control.

‘I knew that secondary breast cancer is not curable, but is treatable,’ says the 55-year-old from Basingstoke, Hants.

Nicola embarked on a 20-week course of chemotherapy to stabilise the cancer: but while it did stop the disease progressing, it had a side-effect that she wasn’t expecting: it damaged her heart.

Cancer drug Herceptin (or trastuzumab) can damage the pumping action of the heart, with the risk higher in patients with a pre-existing heart problem

The first signs appeared in 2008 when, within weeks of finishing her chemo, Nicola began to experience palpitations.

‘It felt as if my heart was skipping a beat at times,’ says Nicola, who is married to Mike, 55, and has two grown-up daughters. ‘It happened only occasionally and I wasn’t overly worried.’

Nonetheless, a few months after her symptoms started, Nicola was referred to a cardiologist at her local hospital who diagnosed atrial fibrillation — a condition that causes an irregular and often abnormally fast heart rate. She was given medication that seemed to help.

But five years later, in April 2013, her health took a turn for the worse. A routine scan revealed her cancer had since spread to her liver — which, she says, ‘came as a huge shock, after years of stability’. 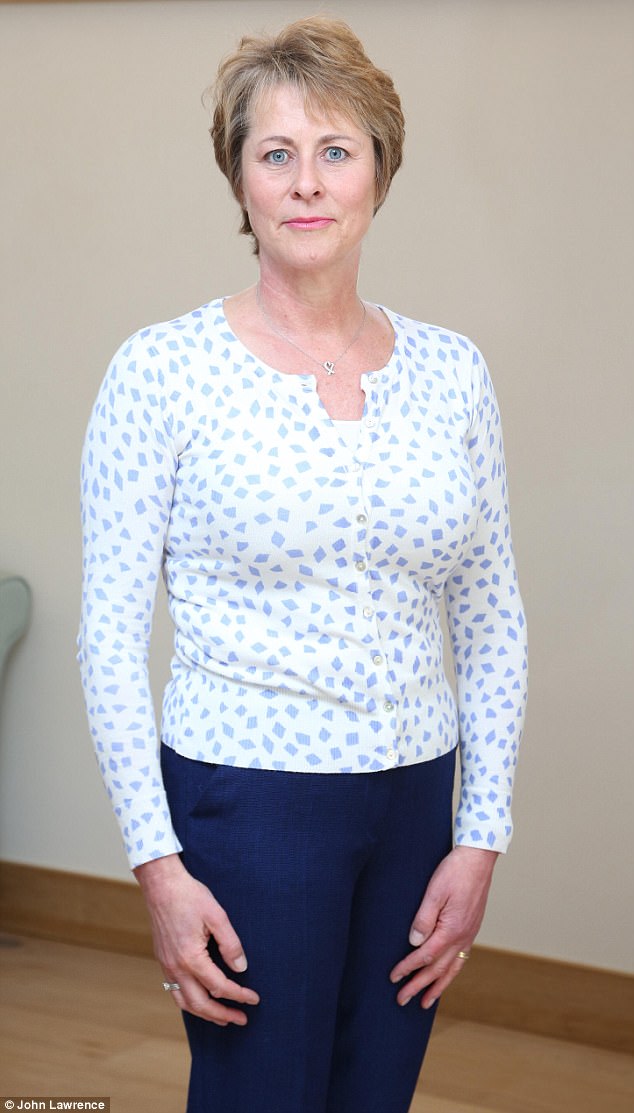 Positive: Nicola Nearne is still having regular heart check-ups at the cardio-oncology clinic and has had no further major problems with her heart

And there was yet another blow: Nicola’s heart suddenly deteriorated. Her occasional heart rhythm problem became constant, and a scan revealed that her heart was functioning well below normal: she had heart failure.

Not only was this hugely disruptive to her life, leaving her constantly breathless and uncomfortable but, even more worryingly for Nicola, it meant she would not be able to take Herceptin, a cancer drug that could help keep her alive — her doctors said it would put too much strain on her heart.

‘That was when I started to feel really low,’ says Nicola. ‘It was the first time I felt that I wasn’t on the right treatment for my cancer.’

Herceptin (or trastuzumab) works by attacking cancer cells that produce high levels of a protein called HER2, and is sometimes used to slow the growth of advanced cancers that have spread beyond the breast.

But it can also damage the pumping action of the heart, with the risk higher in patients with a pre-existing heart problem.

This is because a heart that is under strain — for example due to high blood pressure or certain chemotherapy drugs — also produces the HER2 protein, this time as a protective mechanism.

‘In cancer, this protein is the bad guy, but in the heart muscle it’s the good guy, and if you block it with Herceptin that can make the heart problem worse,’ says Dr Alex Lyon, a consultant cardiologist at the Royal Brompton Hospital in London.

‘In up to 15 per cent of women who take Herceptin it causes heart failure or heart dysfunction.’

Herceptin is the ‘poster child’ of an increasingly common problem, says Dr Lyon. It’s one of a number of cancer treatments that can damage the heart.

‘The treatments that cause problems can be broadly divided into some of the traditional chemotherapy drugs, and many of the so-called designer drugs — targeted molecular therapies — that have exploded in the past five years or so,’ says Dr Lyon.

‘There are a whole range of these, including Herceptin, which seem very effective on cancer but which can also cause heart issues. They work in different ways, but essentially they are designed to block a particular molecule or pathway in a cancer cell. However if that molecule has an important role in the function of the heart, then blocking it can be trouble.’

Radiotherapy, too, can affect the heart, for example when used to treat left-sided breast cancer — the radiation can cause inflammation which can raise the risk of coronary heart disease.

And some hormone therapies for prostate cancer — which help prevent testosterone fuelling the cancer — increase levels of ‘bad’ cholesterol in the body, which can raise the risk of heart disease.

The irony is that this situation is a byproduct of the success of modern medicine at treating cancer. There are now around 2.5 million people in Britain living with, or who have survived, cancer, which means many are living long enough for the long-term side-effects of their treatment to show.

‘And a growing number of these survivors are experiencing heart problems, which seems directly related to the treatments.

‘It’s not that these cancer therapies are bad and should be stopped; they are working and we need to support them so that they can be given safely.

‘A lot of this cardiotoxicity is preventable — for example, by controlling risk factors for heart disease, such as high blood pressure, or by monitoring the heart and giving medication at the early signs of heart failure.’

Although Nicola was vaguely aware that her heart problems were most likely triggered by her cancer treatment, for several years the two issues were treated separately, under two different departments at her local hospital.

But things came to a head in June 2013, when she suffered a mini-stroke — a complication of her atrial fibrillation.

‘One morning I tried to speak and found my words did not come out properly,’ she says. ‘My husband and I went to A&E where they did a brain scan and told me I’d had a mini-stroke.

‘It worried me that clearly I had two life-threatening conditions, yet no one seemed to fully understand or be addressing the impact one seemed to be having on treatment of the other.’

Nicola’s oncologist referred her immediately to Dr Lyon’s cardio-oncology clinic, which specialises in optimising the heart health of cancer patients.

Tests established she had heart failure as a result of her chemotherapy; the heart failure had, in turn, triggered her heart rhythm problem.

She was then given a range of medication to strengthen her heart. She also underwent a cardioversion (where an electrical current is used to restore an abnormal heart rhythm) followed by an ablation, where wires are used to deliver high-frequency radiowaves to destroy the diseased area of the heart causing the faulty rhythm.

Crucially, the combination meant that in 2014 Nicola’s heart recovered enough for her to start Herceptin and another cancer drug, Perjeta. She was then ‘monitored like a hawk’, says Dr Lyon, so that her heart medication could be increased at the first sign the cancer treatment was putting the organ under strain.

‘It was the first time I felt I was in the right hands and being looked after as a whole person,’ says Nicola.

Indeed, cardio-oncology services such as these have made a ‘massive difference’ to the field of cancer care, says Dr Anne Rigg, a consultant medical oncologist at Guy’s and St Thomas’ NHS Foundation Trust. ‘Previously, cancer patients were put into the regular heart clinics,’ she says.

There are now around ten cardio-oncology services in England, Scotland and Northern Ireland. But more are needed, says Dr Ashling Lillis, a clinical fellow at Macmillan Cancer Support.

As for Nicola, although her cancer remained stable for a further two years, in the past year scans have shown it has progressed, so she has been switched to a different drug.

She is still having regular heart check-ups at the cardio-oncology clinic and has had no further major problems with her heart.

‘Having secondary breast cancer is so difficult anyway,’ she says. ‘What you don’t need is the extra problems of severe heart failure. It can cause so much anxiety, particularly if it has stopped you getting the cancer treatment you really need.’