The rare but stunning stunning moment a bolt of lightning struck across a lunar rainbow has been caught on camera.

The photo was taken on Mersea Island, near Clacton-on-Sea, Essex, as a dramatic electrical storm erupted over the sandy beach early on Friday morning.

It was snapped by amateur photographer Shaun Mills, 49, who was so pleased with the shot that he did a ‘little jig’ on the beach afterwards.

Lunar rainbows, more commonly known as ‘moonbows’, are produced by light that is reflected from the moon rather than directly from the sun.

They are much fainter than solar rainbows, due to the smaller amount of light reflected from the surface of the moon.

As such the human eye often struggles to discern the colours.

The weather phenomenon occurred at around 8pm last night (Thurs).

Mr Mills, a banker by profession, said: ‘I could see the clouds building up and heard some really nice elongated rumbles of thunder.

‘I only live a few minutes from the beach so I just headed over there to see what I could get.

‘When I saw the photo of the lightning with the rainbow in it too I must be honest I did a little jig on the beach.

‘I’m really pleased with the picture and it was a real spectacle.’ 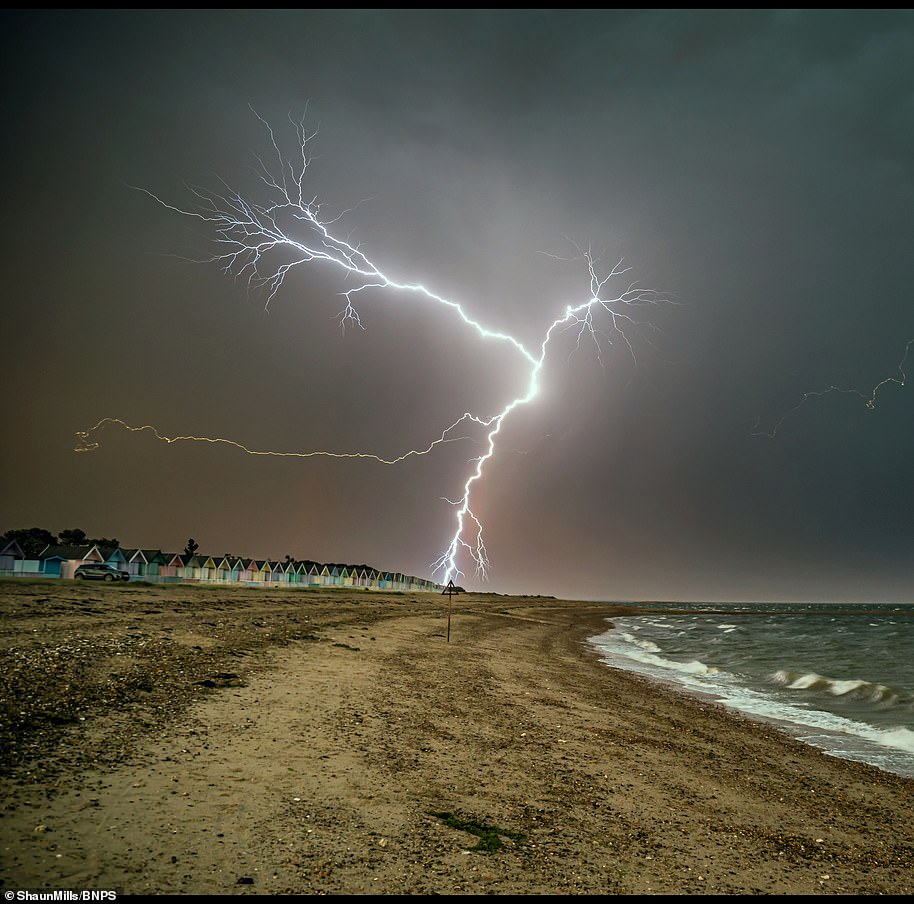 It was snapped by amateur photographer Shaun Mills, 49, who was so happy with the shot that he ‘did a little jig on the beach’