The heavyweight contenders wrestling for the top job

Dominic Raab fears that he is being targeted as part of a ‘dirty tricks’ campaign by jealous leadership rivals trying to knock him out of the fight to succeed Theresa May.

The former Brexit Secretary has been the focus of a group of bloggers who have been interviewing former members of Mr Raab’s Governmental private office as part of an investigation into his ‘management style’.

A furious Mr Raab believes he is being singled out for scrutiny because he has emerged as the early frontrunner in the race to become the next Tory leader.

A friend of the ex-Cabinet Minister said last night: ‘This exercise is part of a baseless smear campaign. No formal complaints have ever been made against Dom.’

The news comes amid growing tension between Mr Raab and David Davis, his predecessor as Brexit Secretary. Mr Davis and Mr Raab – who started his political career as chief of staff to Mr Davis in his Commons office 12 years ago – are both vying to be the Brexiteers’ choice for leader.

The Mail on Sunday has been told that Mr Raab has formally complained to Mr Davis about the behaviour of some of his allies, who want Mr Raab to ‘tuck in’ behind the more experienced Mr Davis on a leadership ticket.

Mr Raab, who is half-Czech, has a black belt in karate and holds law degrees from Oxford and Cambridge, walked out of Mrs May’s Cabinet last month in protest at her Brexit deal.

He has led the calls for her to resign in the wake of the confidence vote against her, saying he feared that if Mrs May remained in No 10 there would be a greater risk of Labour’s Jeremy Corbyn becoming Prime Minister.

‘It looks very difficult to see how this PM can lead us forward,’ he said.

Boris Johnson is also jostling to become the Brexiteers’ choice – and has been forging links with the DUP to try to boost his chances.

Hunt backed as he pivots to Hard Brexit

Foreign Secretary Jeremy Hunt is gaining support from Brexiteers for a tilt at No 10 because they believe he could deliver a harder EU exit than Theresa May.

One party grandee told The Mail on Sunday that they would ‘put him in Downing Street’ if he led the charge for their preferred exit terms.

Mr Hunt is understood to be open to the ‘managed No Deal’ model that would see Britain tear up Theresa May’s deal and instead pay Brussels £20 billion for a two-year exit phase, designed to avoid a cliff edge.

One Brexiteer said: ‘He is playing a clever game and has come a long way from calling for a second referendum a few years ago.

‘If he keeps it up, there will be some serious movement toward him,’ they added.

According to one source, the DUP have even been ‘led to believe’ that the former Foreign Secretary would reinstate direct rule of Northern Ireland from London to resolve the deadlocked political situation in the province – although friends of Mr Johnson say that they were ‘not aware’ of any such discussions.

The fourth Brexiteer candidate is Andrea Leadsom. The Commons Leader, who headed the ‘pizza club’ of Cabinet Ministers sceptical of Mrs May’s Brexit deal, imploded during her last leadership bid in 2016 when she provoked fury by implying that she would make a better premier than Mrs May because she had children.

But on Tuesday evening she gathered supportive MPs for a dinner where she let it be known that she would be attempting another tilt at No 10 when Mrs May stands down.

A source said: ‘Andrea made it clear she would not be stepping aside without a fight, but it is highly unlikely she will get anywhere near the requisite level of support after what happened last time.’

Senior Brexiteers have openly discussed their desire to stop Mrs Leadsom ever running again and instead plan to hold a ‘Brexiteer primary’ to try to unite behind a single candidate to give them the best chance of getting a ‘true believer’ into No 10.

Allies of Mrs Leadsom have warned her against ‘splitting the Brexiteer vote’, as happened during the 2016 leadership election, allowing Theresa May to come through the middle. Last night a spokeswoman for Mrs Leadsom did not deny Tuesday’s dinner, but said: ‘Andrea regularly meets colleagues from across the party.’

Meanwhile, No 10 has become increasingly irritated with Home Secretary Sajid Javid’s refusal to defend the Government in the media. Mr Javid has been conspicuously absent from the airwaves despite major policing announcements recently, leading to claims that he is deliberately ignoring situations where he would have to defend the Prime Minister or her Brexit deal. 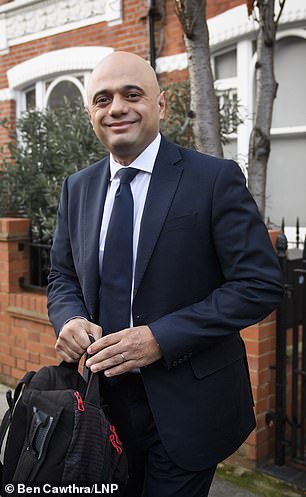 And he has warned: ‘We have a team looking at this now rather than doing it incident by incident, which is the traditional way.’

He told MPs he was leading an ‘intelligence-led assessment approach to identify patterns, timings, etc, in order to enable us to have a better chance of identifying the prolific culprits’.

The MoS understands Mr Sedwill plans to raise the security classification of Cabinet minutes and letters written between departments from ‘Sensitive’ to ‘Secret’, meaning they would be printed on pink paper to stop them being slipped away, or only circulated on an encrypted computer system.

A Whitehall insider told The Mail on Sunday: ‘I’m not sure people have realised the massive implications of this yet, and it’s typical of the securocrats that the PM has surrounded herself with.’

The move would dramatically slash the number of Government advisers who can see what is going on around the Cabinet table as the details would be restricted to only those with Deep Vetting – a rigorous security background search reserved for senior officials.

The middleweights who could beat the heavyweight contenders

Just as David Cameron came from relative obscurity to seize the Tory crown in 2005, many MPs are on the hunt for a ‘clean’ candidate to bring their party back together.

These are true Brexiteer believers who were on the right side of the history in 2016 and have been tipped for the highest office by party grandees. But crucially they all have their hands clean from the civil war that has crippled the top of Theresa May’s troubled regime.

Rishi Sunak, 38, replaced William Hague in Richmond, Yorkshire, in 2015 and is dubbed the ‘richest man in Parliament’. Married to an Indian steel heiress, he is seen as a David Cameron and George Osborne prodigy but infuriated both by declaring for Brexit.

Lee Rowley, 38, was the first Tory to win North East Derbyshire for 35 years in 2017. The gay former financial consultant has impressed with his thoughtful defence of free market conservatism but has infuriated whips with his articulate demolition of Mrs May’s EU deal. 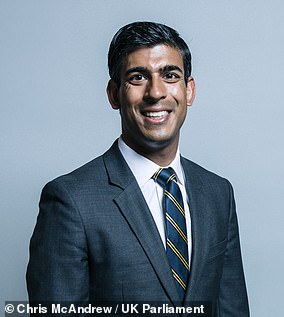 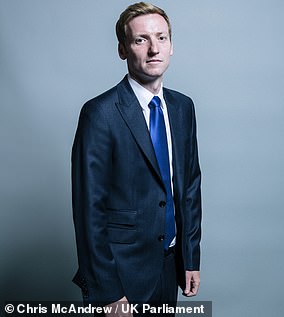 Rishi Sunak, left, is dubbed the ‘richest man in Parliament’. Lee Rowley, right, was the first Tory to win North East Derbyshire for 35 years in 2017

Julia Lopez, 34, another Essex rising star and former aide to Foreign Office Minister Mark Field. Nicknamed J-Lo, her exotic surname comes from her El Salvador-born husband and she is a champion for globally boosting British trade.