Most Instagram accounts are packed with glossy pictures showing off the finer things in life.

But Belgian Instagrammer Hannes Coudenys prefers the ugly side. Specifically, houses in his homeland that are so wretchedly awful – it’s funny.

The images and the witty comments that come with them have landed him over 55,000 followers. He has even released a book featuring his pictures called Ugly Belgian Houses: Don’t Try This At Home.

Hannes says that because the law in Belgium is quite liberal when it comes to house building – unusual-looking houses can be quite common.

But not everyone is happy with his hobby, and he adds: ‘I would say 90 per cent of Belgians are mad at me. I get a lot of hate mail and letters from lawyers.’ MailOnline Travel has featured some of his wacky images before. Here’s another eye-opening batch… 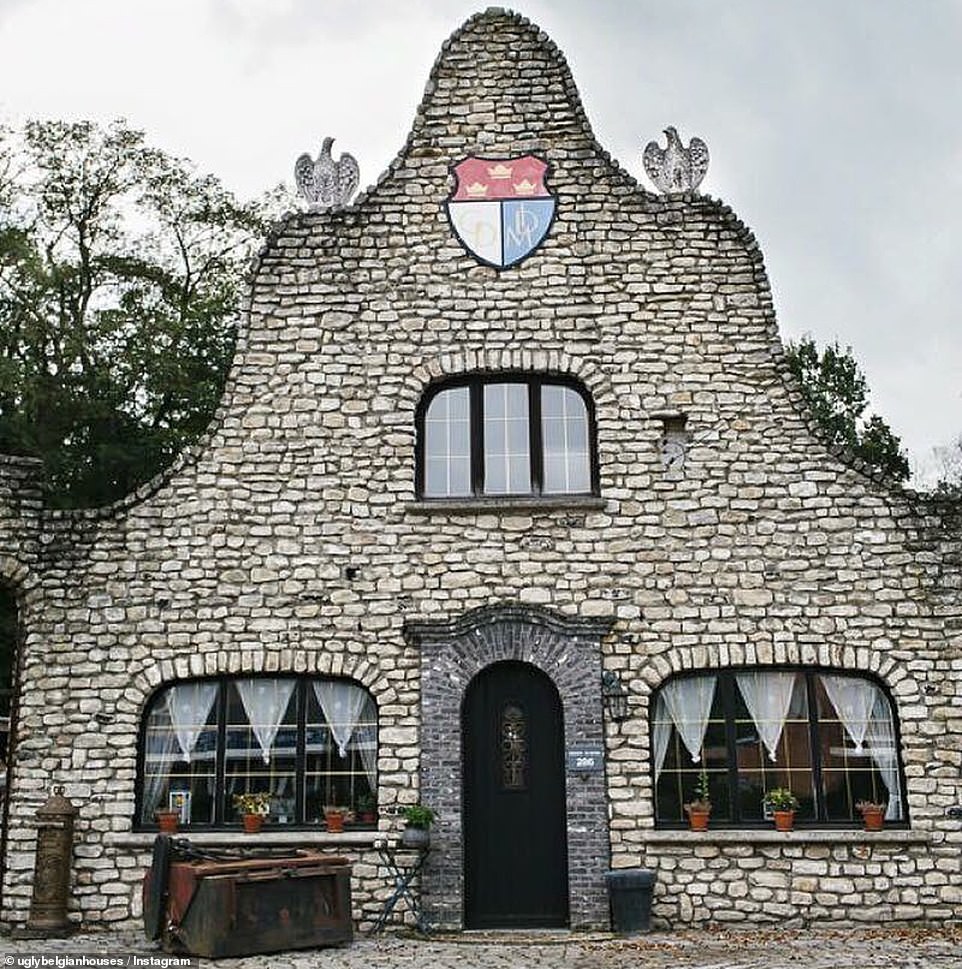 This bizarre-shaped stone built home, complete with two concrete birds sitting at the top, makes the cut for the account, which has 55,000 followers 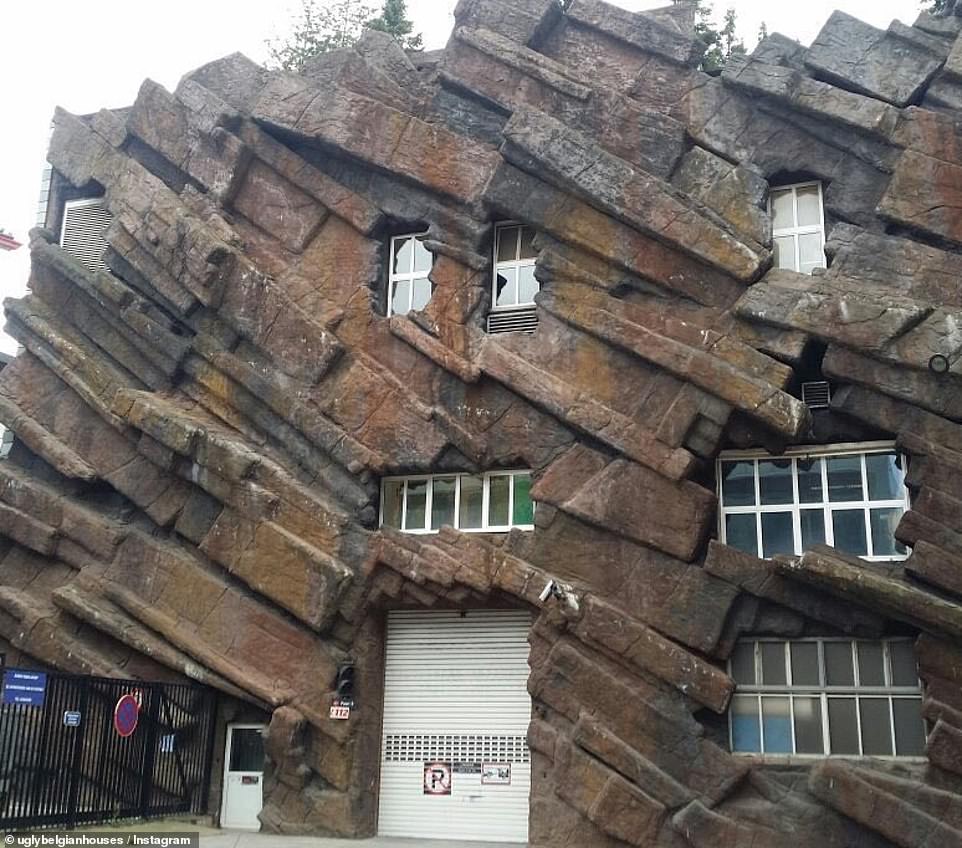 Rock on: This unusual-shaped house has been given the caption ‘Game of Stones’ 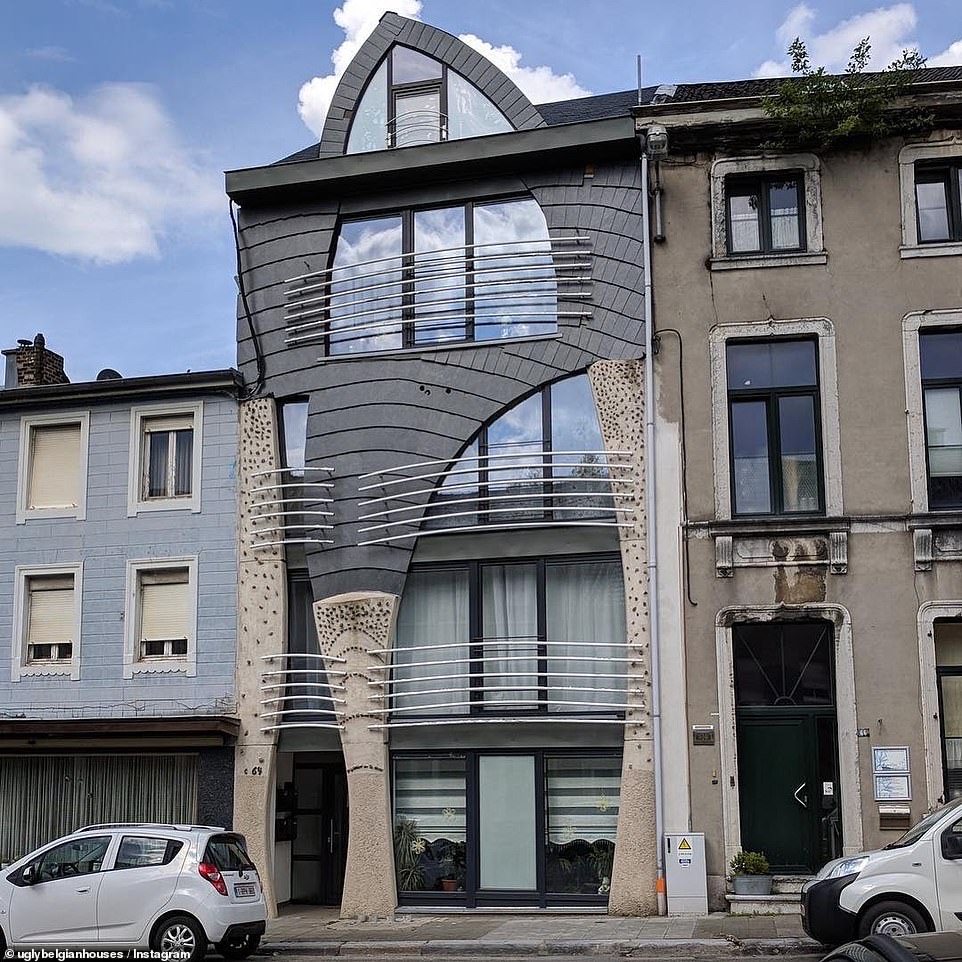 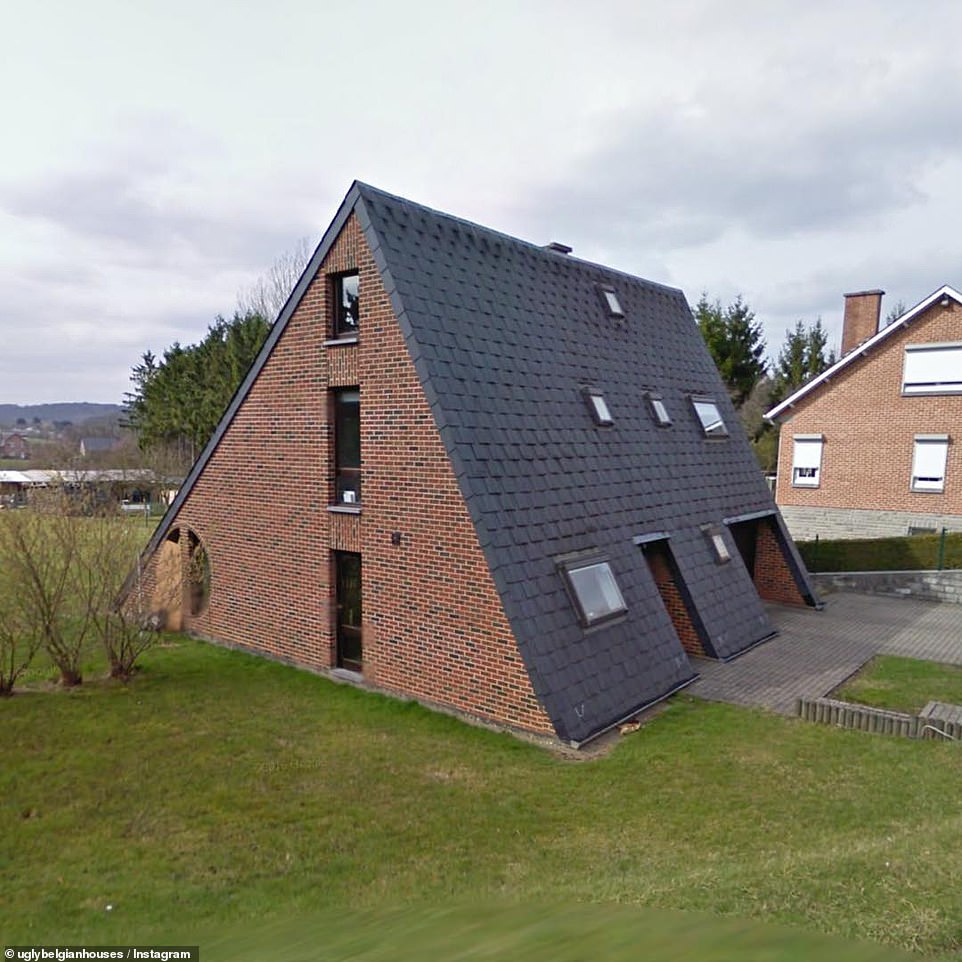 Not everyone is happy with Hannes’ hobby, and he says: ‘I would say 90 per cent of Belgians are mad at me. I get a lot of hate mail and letters from lawyers’ 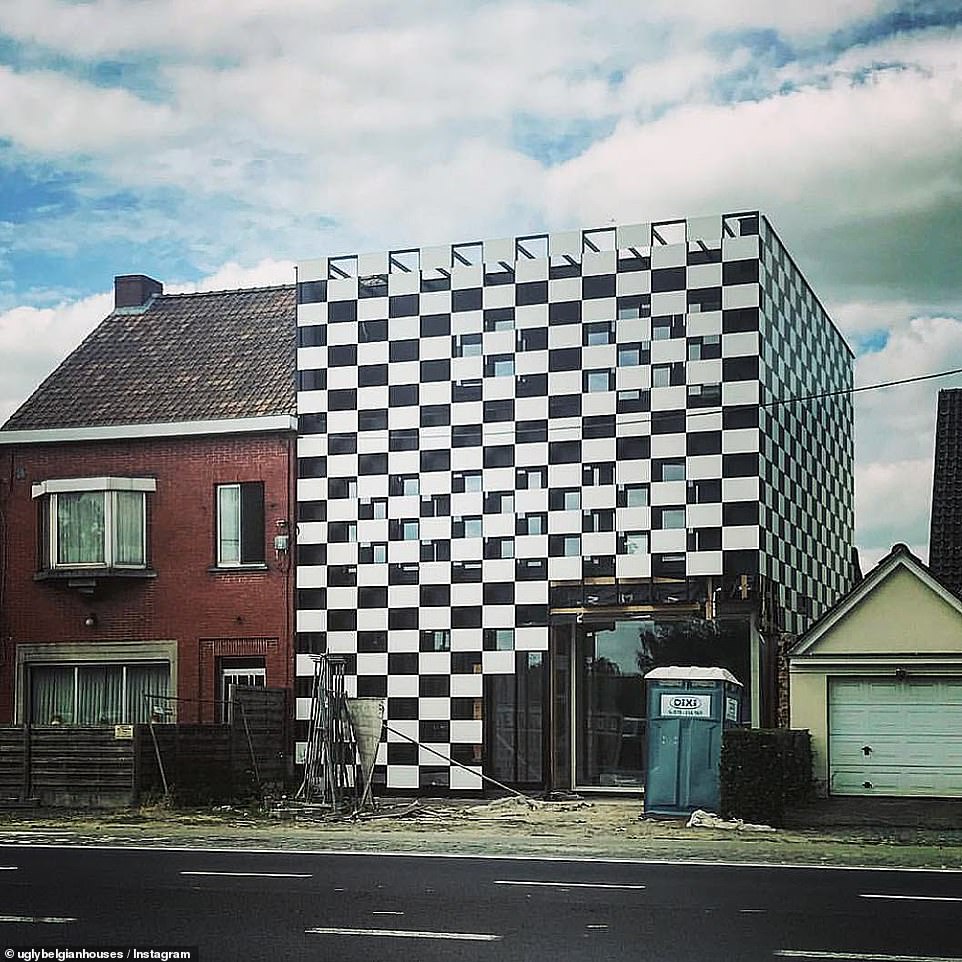 Did these homeowners ‘check’ with the neighbours that it was fine to give the exterior of their house a new design? 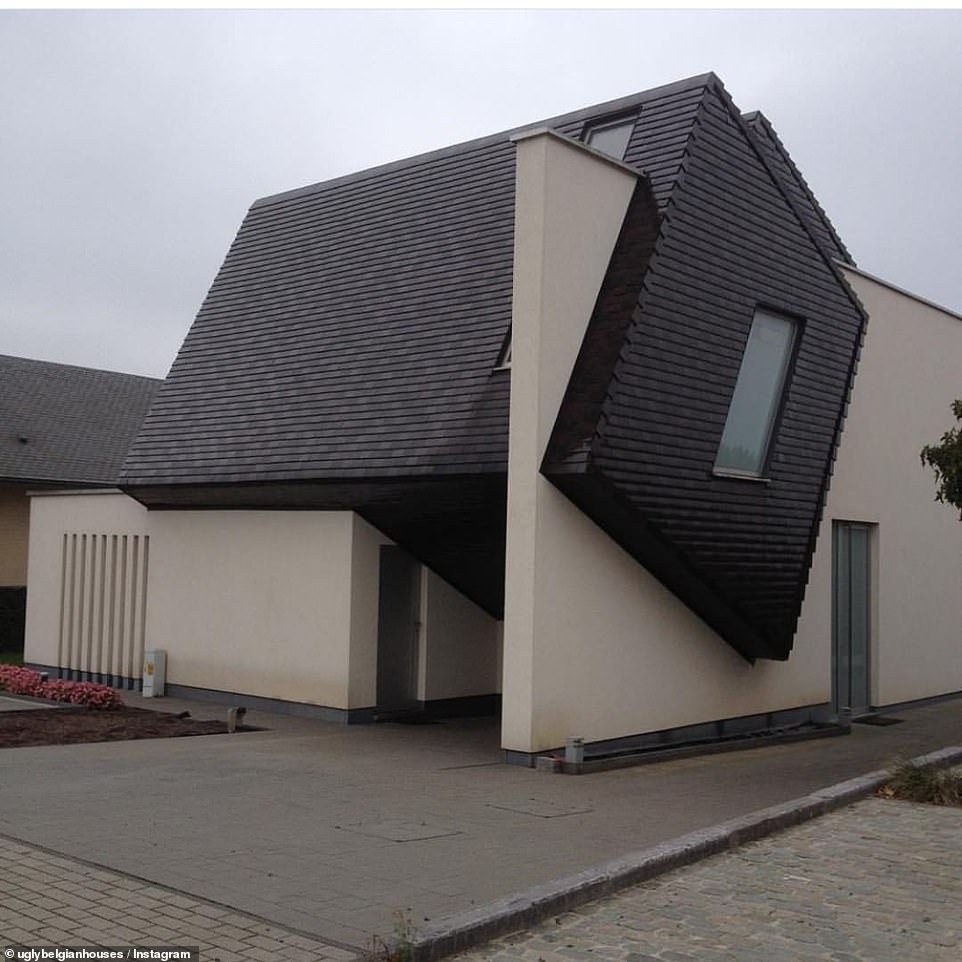 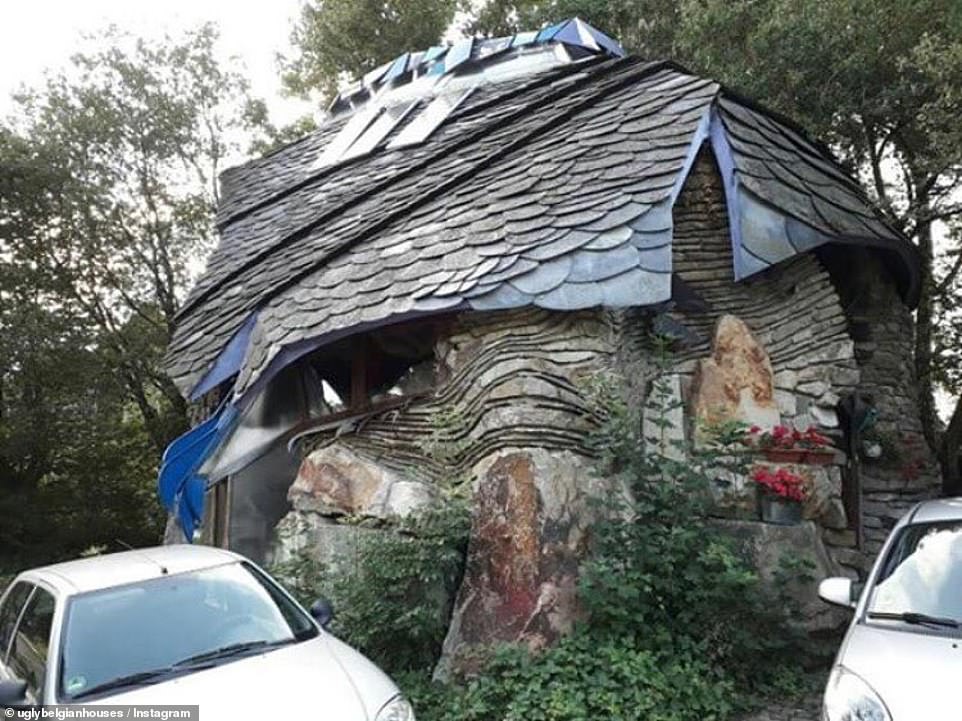 So close, and yet so far, from being the fairy-tale house of someone’s dreams 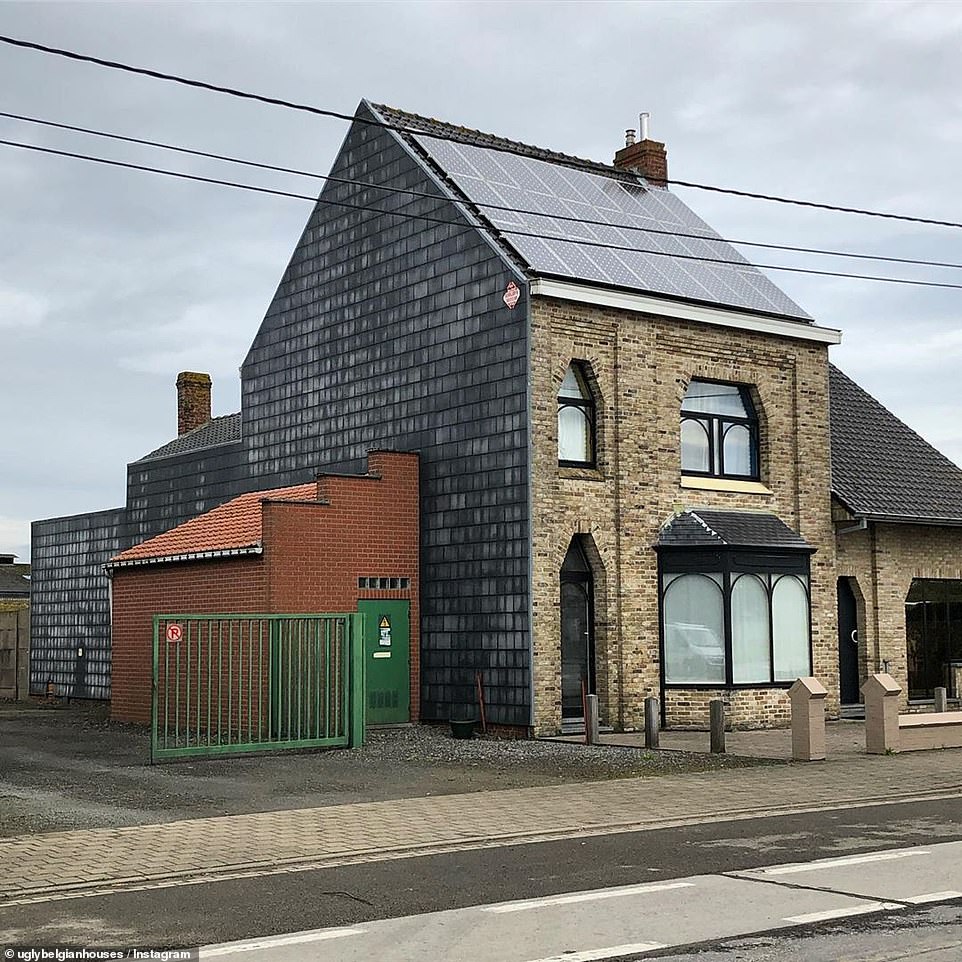 Get matching bricks? Why bother? Another peculiar entry in the ugly houses hall of fame 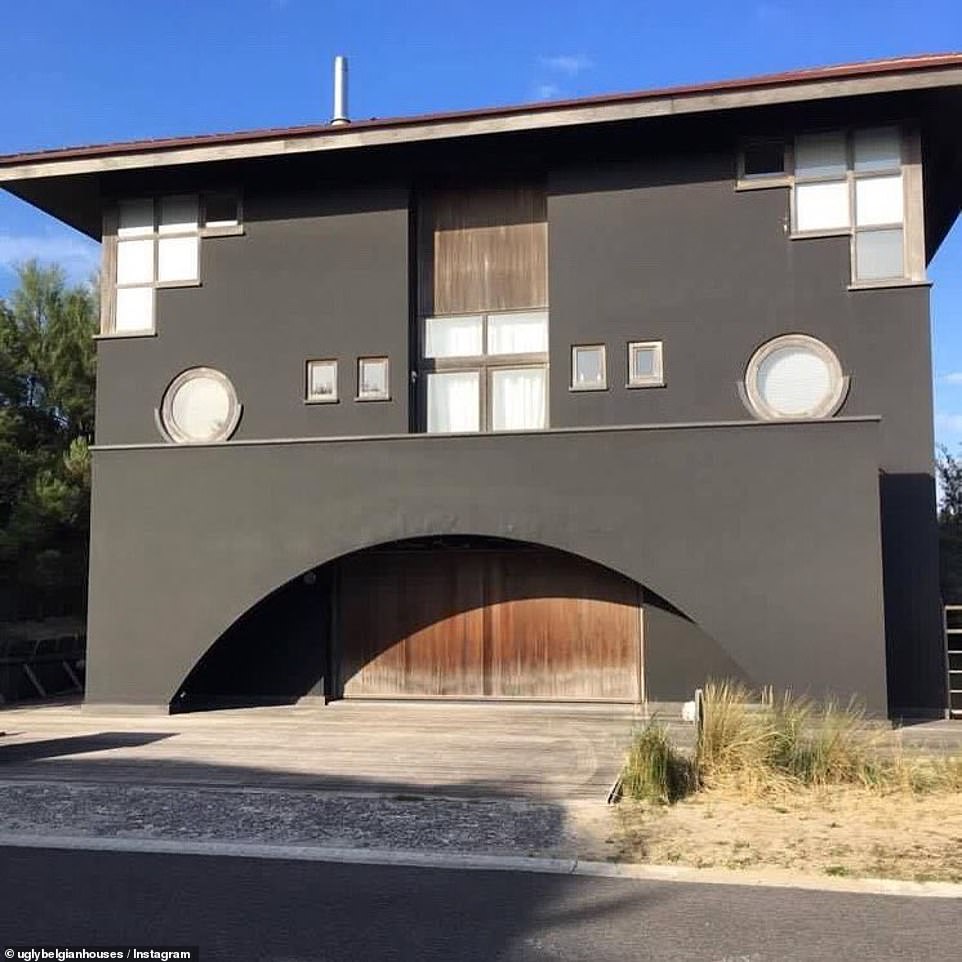 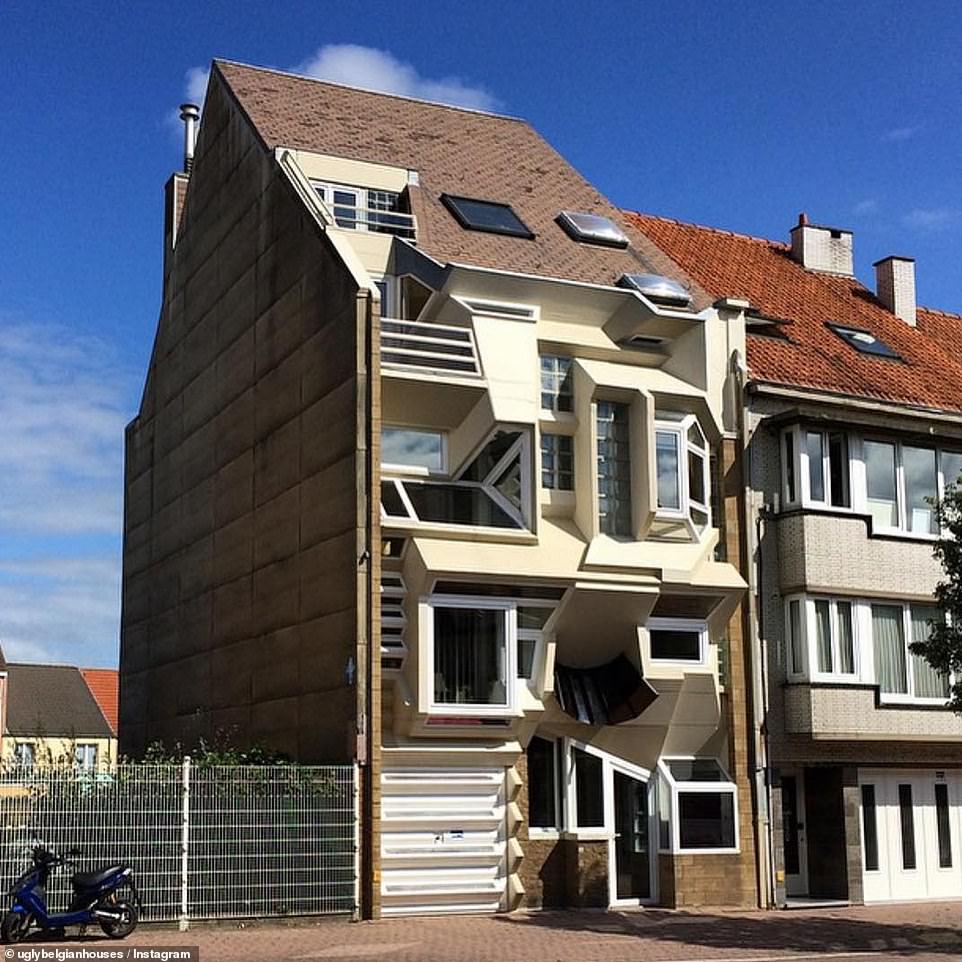 One of the fans of the account Ugly Belgian Houses commented on this picture, sarcastically writing: ‘This house could use a few more windows’ 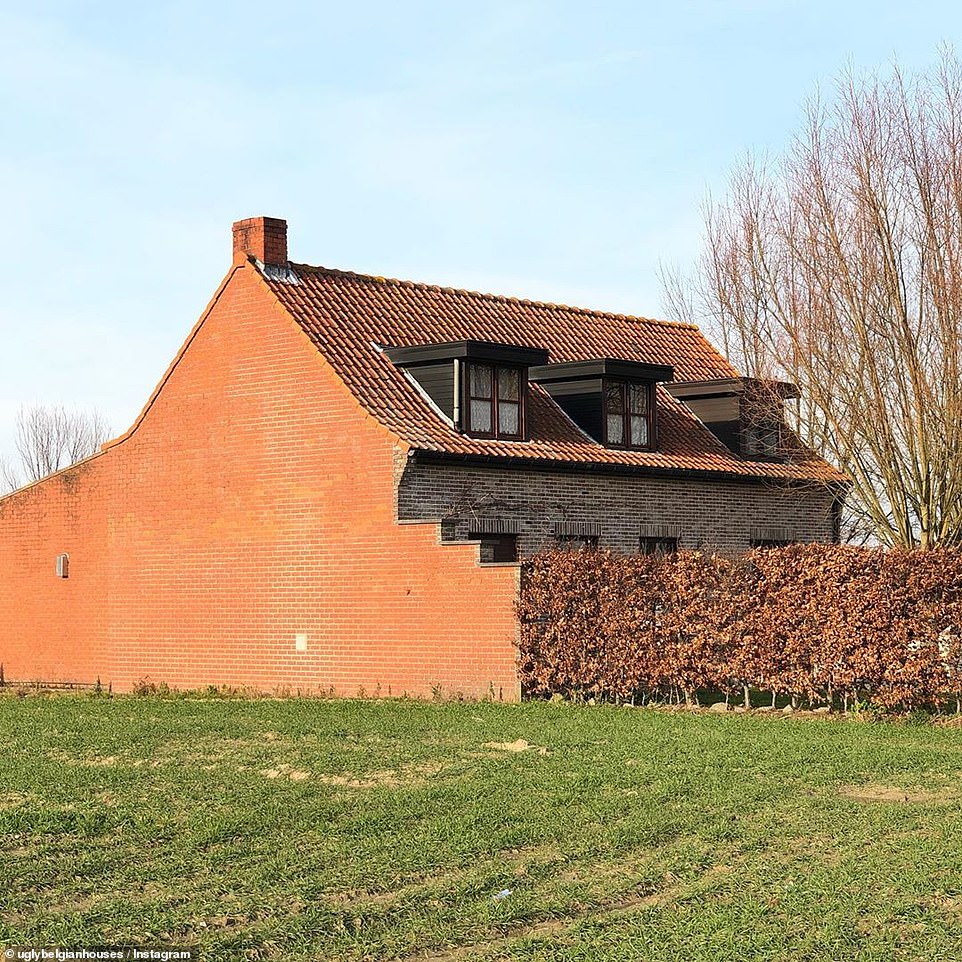 Many of these images are featured in a book called Ugly Belgian Houses: Don’t Try This At Home 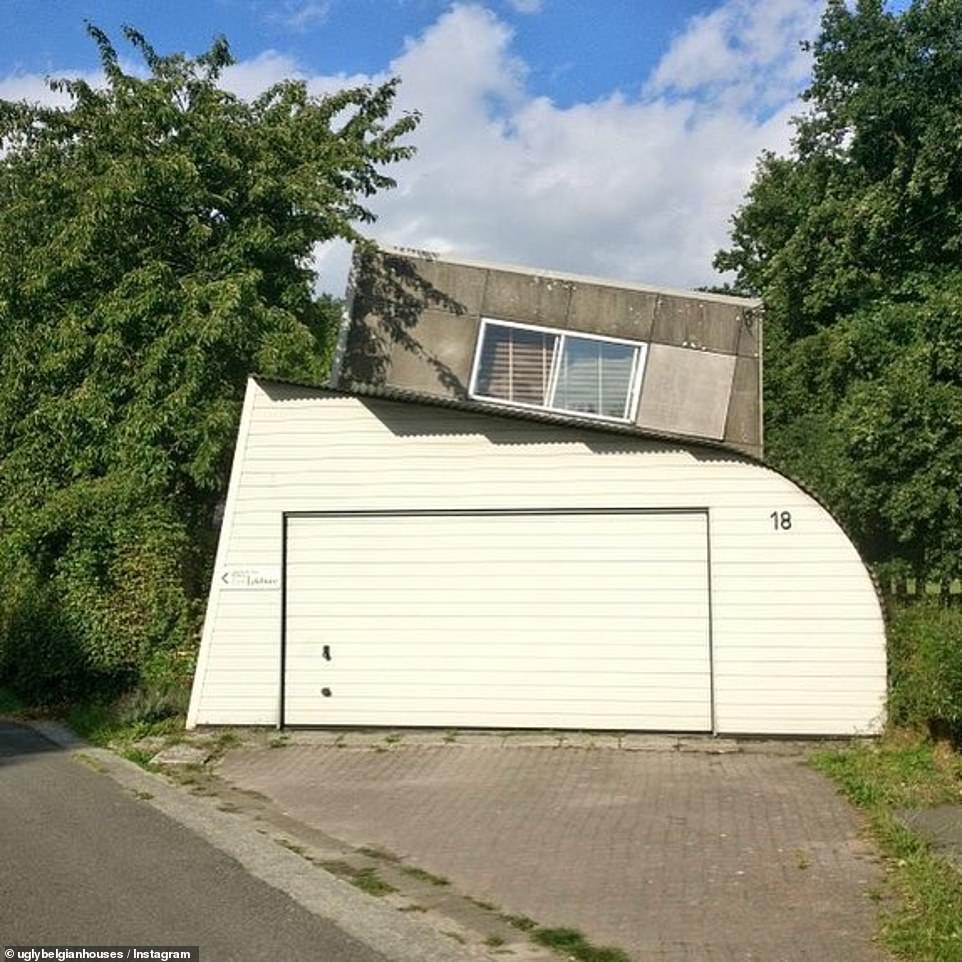 Ugly Belgian Houses contains over 1,400 pictures of houses that are, well – peculiar, including this one 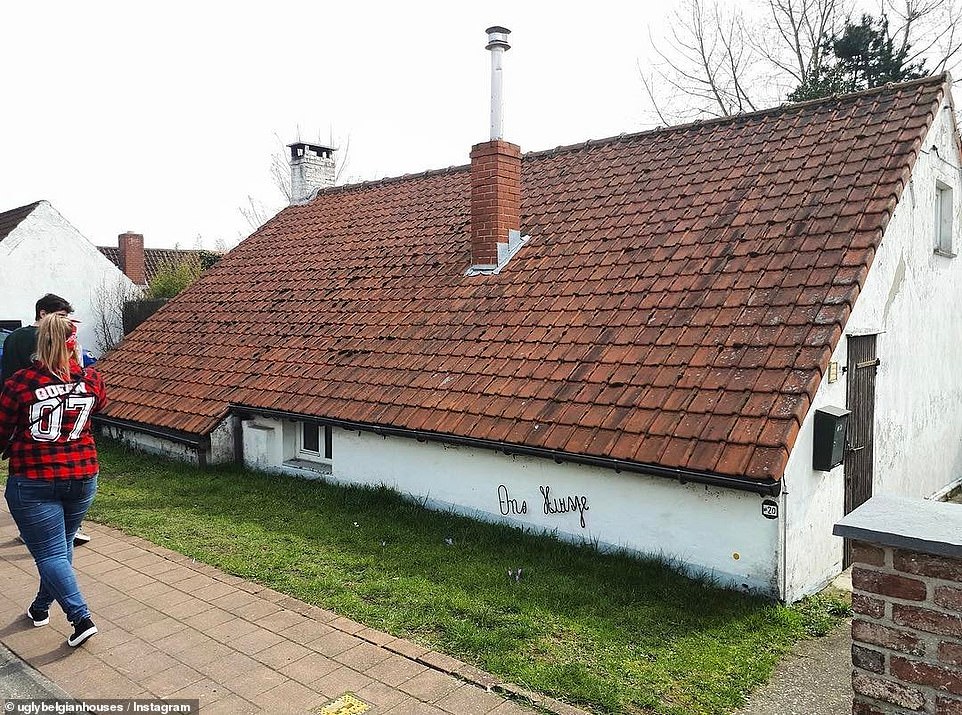 Well, at least roof repairs are easy to carry out on this hilariously odd construction… 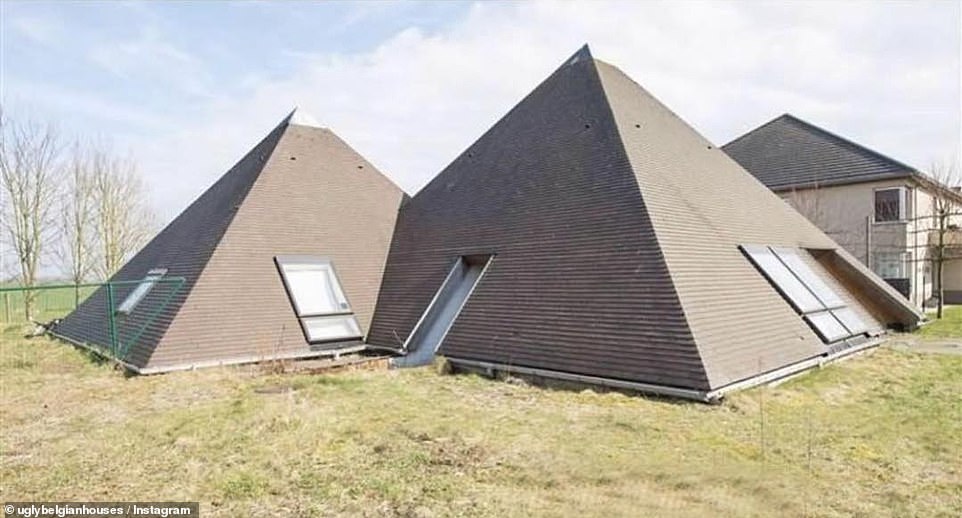 Twin peaks: Why have one strange pyramid home when you can have two? 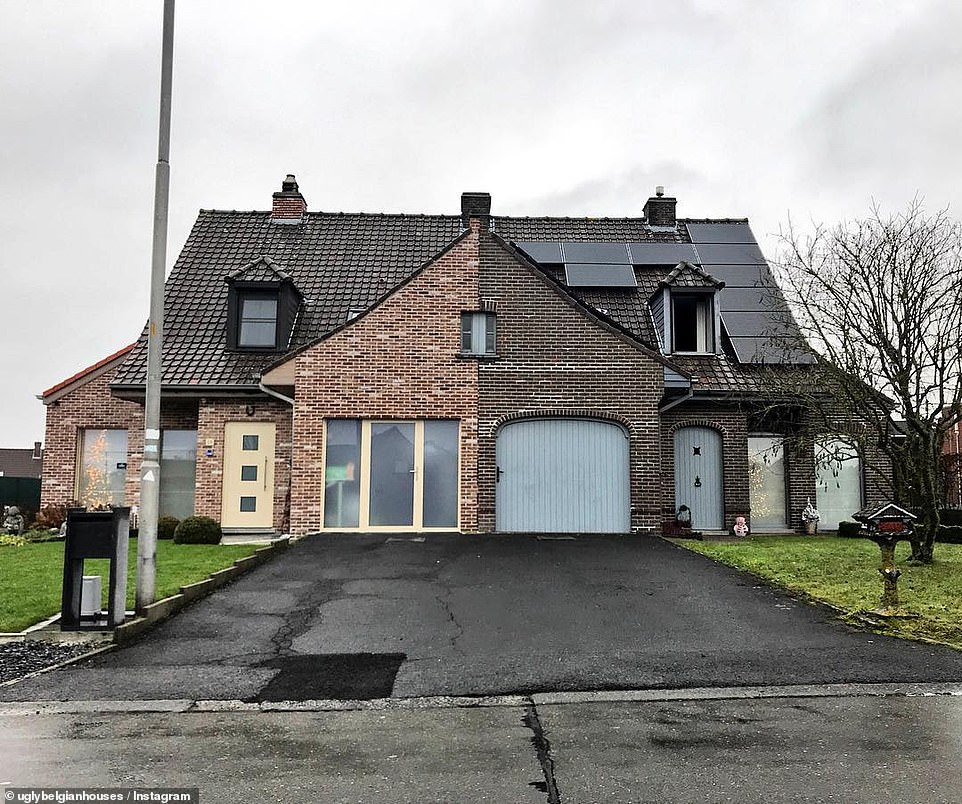 The cheeky caption that Hannes wrote to go with this picture was: ‘100 signs you’ve outgrown your partner’ 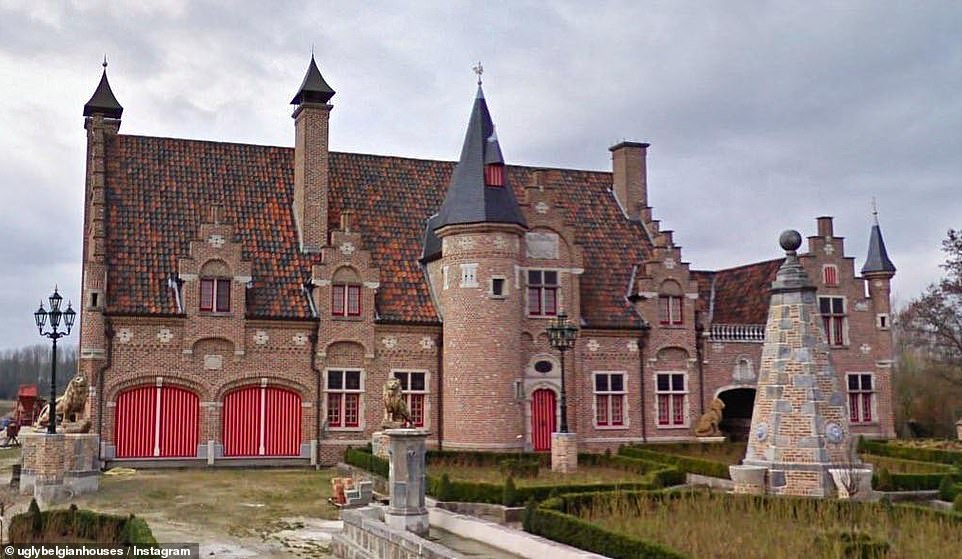 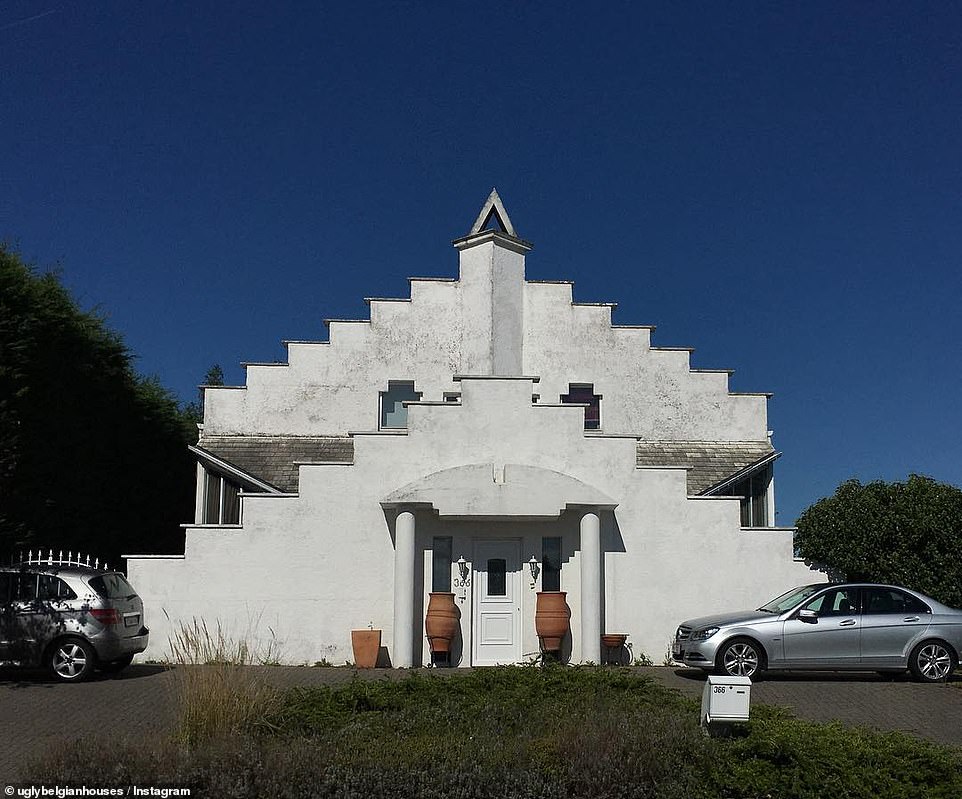 This house looks like it’s been pixelated – maybe the designer was a fan of old school video games? 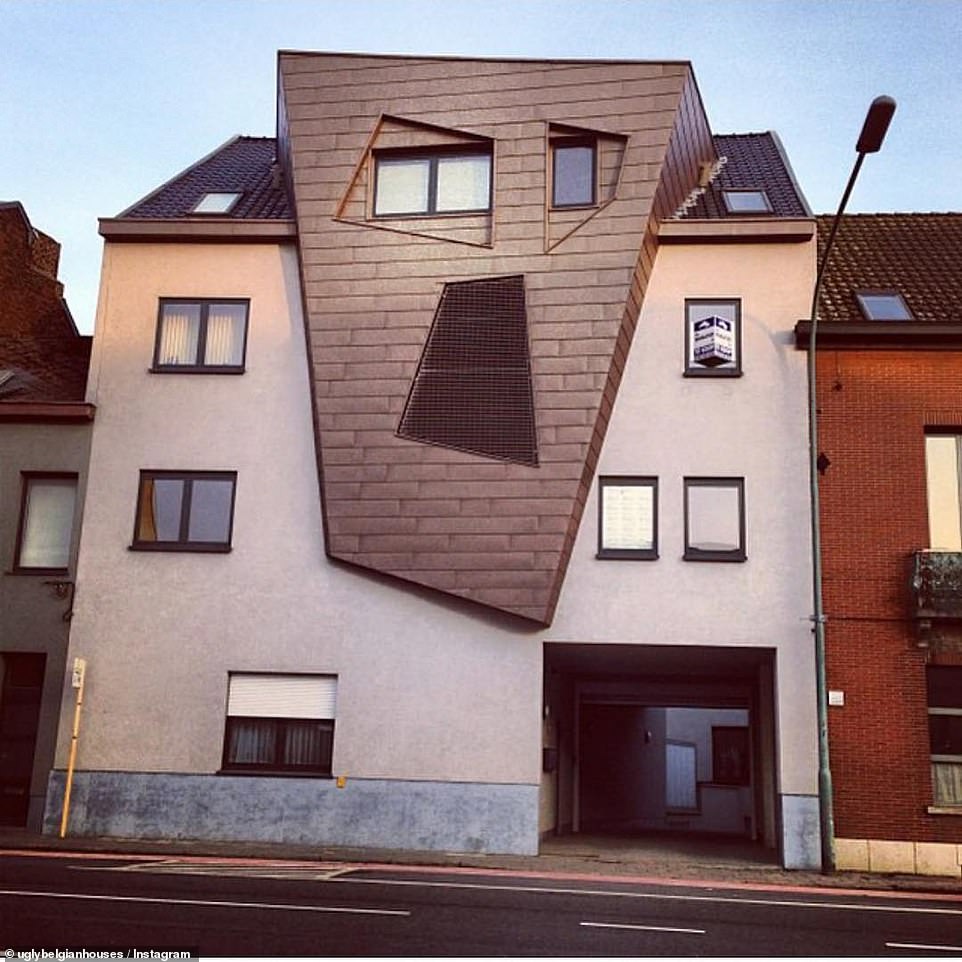 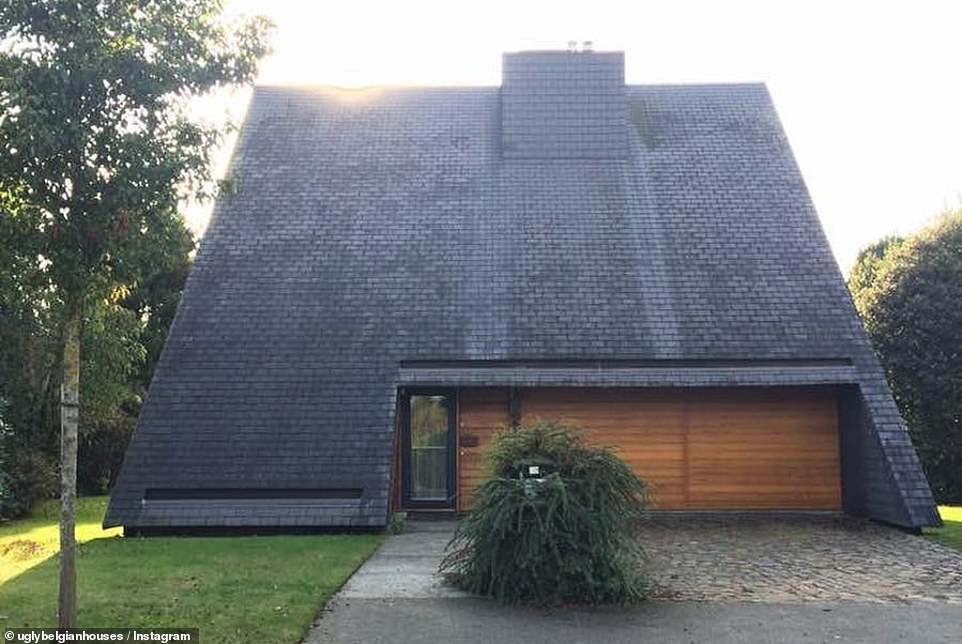 There’s probably a lovely house lurking somewhere inside this roof