The History of Bok Choy 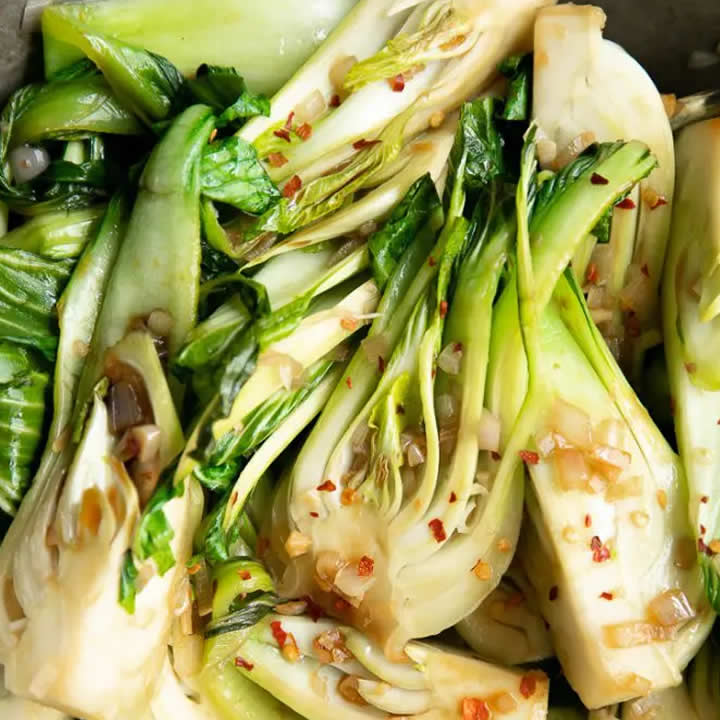 Bok Choy is one of the most popular vegetables in the market today. You can find Bok Choy at everything from organic co-ops to large big-box chain grocers.

The current popularity explosion begs the question: where does bok choy come from? How did it become as popular as it is? This post will spend some time investigating the answers to those questions.

Bok Choy, alternately called Pak Choy, Pak Tsui, and several other mixes of these words is a cruciferous vegetable. This means that it is related to broccoli, cauliflower, and cabbage.

All of these foods share strong cancer-fighting properties and fibrous lower leaves. These vegetables can be interchanged in many recipes due to their similar attributes.

The biggest difference between bok choy and other crucifers is the way it is shaped. It has heavy stalks, almost like celery or fennel, with softer leaves on top, similar to kale or other leafy greens.

The shape of Bok Choy leaves allows it to be used in very versatile ways, with the stalk holding up well in stir-fries without losing its texture, while the leaves can be quickly blanched or slow-cooked like greens.

Bok Choy can be eaten raw, cooked, or pickled. The stalks work well in coleslaws like cabbage, and the leaves can be used in salad, especially if harvested very young.

It Starts in China

Archaeologists have found seeds of Chinese cabbage in river valleys dating back at least 6,000 years. There are examples of modern bok choy that have been dated to 3,500 years ago.

Cruciferous vegetables like bok choy hold up well in multiple environments. Cabbages can grow in warm weather, while not dying even through frosts.

Cabbages like bok choy can be harvested a few leaves or stalks at a time without killing the plant, allowing farmers to get only as much as they need for that meal. They also cellar well, so they can be harvested and stored when the weather turns extremely cold.

These attributes make cabbages and other crucifers excellent nutrient-dense vegetables in developing societies without refrigeration. Bok Choy also has many of the nutrients of dark green vegetables, preventing diseases like scurvy when citrus is not available.

The Chinese language has continued to evolve through the rise and fall of different imperial dynasties. Each of these tribal groups pronounces words differently, even when written in the same Chinese alphabet.

This transliteration of different Chinese dialects is what has led to a wide variety of ways to spell bok choy. Include all of the other Asian countries that use it as an ingredient, and it is a wonder that there aren’t even more ways to spell it.

Chinese immigrants traveled to the American West in the 19th century, especially after slavery was outlawed. These Chinese workers provided a cheap labor source.

When immigrants arrived in America, they brought with them their traditional foods. Many of these traditional ingredients did not grow as well in America, but the hardiness of bok choy meant that it grew well in these immigrants’ new home.

As Asian food became more prevalent in the second half of the twentieth century, Asian ingredients became more accessible. Since bok Choy grows so well here, it became a common ingredient in Chinese dishes for Western consumption.

With the rise of health food and superfoods in the western diet at the beginning of the twenty-first century, bok choy began to rise as a versatile ingredient that allows itself to be incorporated into any diet.

In summary, bok choy has proven to be an ingredient that can work with a variety of eating styles and dietary guidelines. Try some bok choy today!