Chile were knocked out of the Copa America in the semi-finals with a 3-0 defeat to Peru, and Eduardo Vargas’ misery was compounded when he missed a late penalty.

The Chile forward attempted a ‘panenka’ spot-kick in the closing stages despite the fact that his side were already 3-0 down.

Vargas ended up looking rather foolish as his penalty was saved by Peru goalkeeper Pedro Gallese. 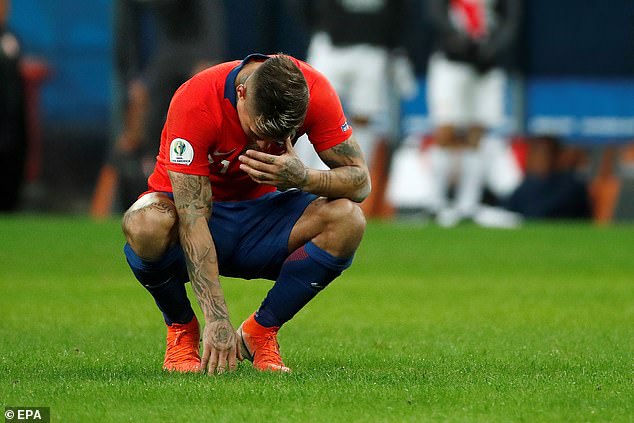 Had Vargas scored then he would have become the current outright leading scorer in this year’s Copa America with three goals.

Vargas, who currently plays for Tigres in Mexico, had a spell in England on loan at QPR in the 2014-15 season while he was a Napoli player. 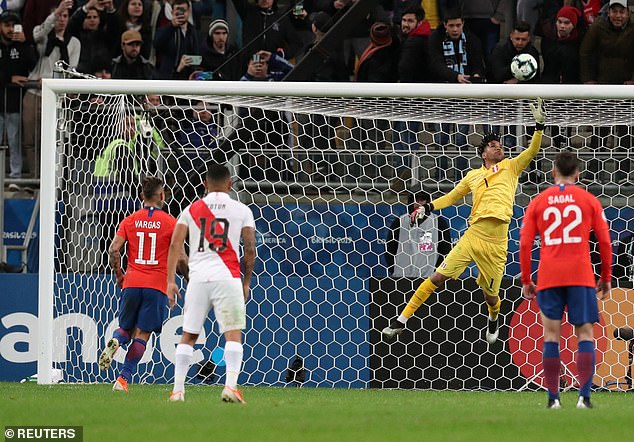 Goals from Edison Flores and Yoshimar Yotun in the first half put Peru in the ascendancy.

Peru will take on hosts Brazil in the final on Sunday. It will be Peru’s first appearance in the final for 44 years.

Chile had won the previous two editions of the Copa America but were denied the chance to make it three in a row. They will instead face Argentina in the third-place play-off.