The Hundred has exceeded all expectations but the biggest winner has been the women’s game as attendances have rocketed from a handful of spectators to 8,000 fans

By Alex Hartley For The Daily Mail

No-one knew what to expect from the Hundred but it has been an amazing competition to be a part of both as player and broadcaster. It has exceeded all expectations.

That first game, when I was part of the Manchester Originals side who opened the tournament against Oval Invincibles, was one of the best moments of my career. Right up there with winning the World Cup with England in 2017.

The moment we walked out at the Oval, with the atmosphere in the crowd and everything that went with it, we just felt ‘this is class.’ Thousands of people were there to watch women’s domestic cricket and that has been repeated throughout the competition, culminating with Saturday’s finals at Lord’s. 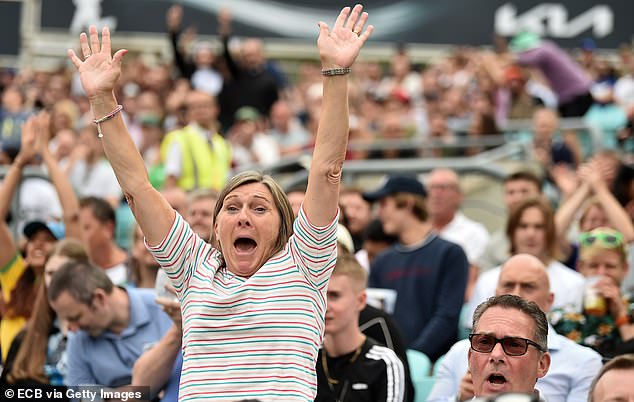 I do think the women’s game has been the biggest winner from the Hundred. Before this we would get the proverbial two men or women and a dog coming to watch our domestic games. Here the average attendance has been 7,000-8,000.

It does show when you advertise and promote women’s cricket properly the interest is there. This is a watershed moment and I hope it’s acted on because we never made the most of winning that World Cup at home four years ago.

I admit I was worried we might not fill the biggest Test grounds because even women’s international matches are usually held at county venues but having back-to-back double headers with the men’s matches has helped attract a big audience for us.

The original plan was for the women to play Hundred matches on out-grounds but Covid forced that to change and it’s been for the better. 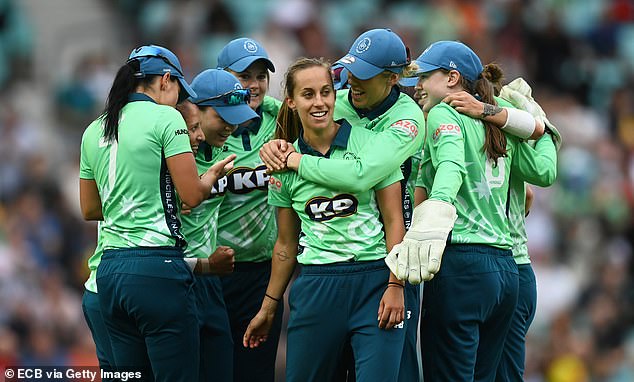 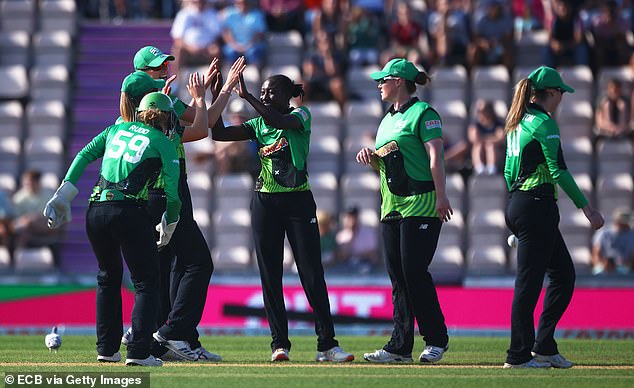 They will face Southern Brave, who coasted to victory over Welsh fire to make it to Lord’s

In the past when the game has tried double headers the women’s match has ended a couple of hours before the men’s started and it was too long for people to hang around and watch both. This time it has been straight from one to the other and that has been a massive blessing in disguise. We have to stay with this format.

From a Manchester point of view we were disappointed to make a bad start, losing our first four games. So we had a crisis meeting as players and asked how we wanted to play it because we had nothing to lose.

The phrase we came up with was ‘f*** it mode’ so we adopted #fim and just went out and expressed ourselves. Things improved and we went on a bit of a roll but it’s just a shame we started too poorly to make the finals.

From day one we got together with the men’s side to be one big family and from then on the men came down to help us with training, people like Steven Finn and Carlos Brathwaite, and showed real interest in the women’s side.

The day we won our first game the men lost but coach Simon Katich said to them: ‘You have to go to the team room and help the girls celebrate’ and that’s what they did. That unity is something that has made Manchester a special experience.

Lots of players have stood out. Jemimah Rodrigues had a tough tour of England with India but has shown her class while some who were lesser known have made names for themselves like Eve Jones of Birmingham Phoenix. She has come on leaps and bounds since receiving a domestic contract. 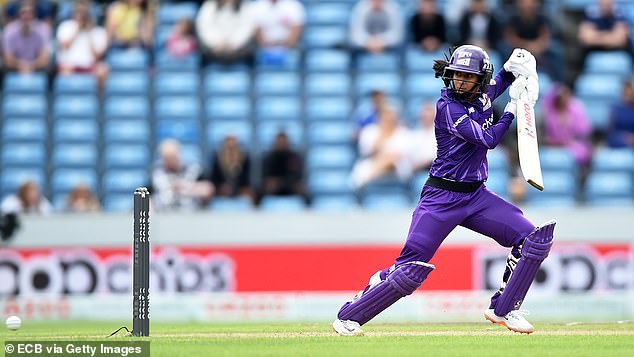 There have been plenty of funny moments. I will never forget the sight of Finn and Phil Salt playing Twister in our team room. Then there was Ravi Bopara’s trousers falling down while he was fielding a ball at the Oval.

I have had the best of both worlds, playing in a match and then commentating for BBC on both radio and TV in the next. I have embraced the opportunity to show how passionate I am about the Hundred on air because I believe it’s a game-changer.

There’s no reason why England women should not play their games at big grounds like Old Trafford and the Oval now. People will come, we know that now. It’s been incredible and I’m already looking forward to next year.