The ICAC hit-list: How anti-corruption watchdog brought down NSW Premiers

Gladys Berejiklian’s shock decision to resign as NSW Premier makes her the third Liberal premier of New South Wales to be brought down by the state’s Independent Commission Against Corruption (ICAC).

Ms Berejiklian has been under a cloud since revelations that she had been in a personal relationship with former NSW MP Daryl Maguire, after recordings of her telephone conversations with Mr Maguire were played at an ICAC hearing late last year.

Mr Maguire – the Liberal member for Wagga Wagga – was forced to quit the Berejiklian Government in 2018 after a separate ICAC inquiry heard evidence he sought payments to help broker deals for property developers.

Ms Berejiklian said on Friday she felt she must resign as a result of ICAC pursuing an investigation into historic claims about her conduct relating to both her public role and her relationship with Mr Maguire.

‘It pains me to announce that I have no option but to resign from the Office of Premier,’ a tearful Ms Berejiklian said.

ICAC was first established by the NSW Liberals under then-Premier Nick Greiner in 1988 and was initially tasked with uncovering scandals of the former Neville Wran Labor government that had a decade in power.

However it was Mr Greiner who became the first high-profile scalp for ICAC in June 1992 as he was shunted aside over the scandalous offer of a public service job to former education minister Terry Metherell.

Mr Greiner was later cleared of wrongdoing in the matter by the NSW Court of Appeal. He was succeeded by John Fahey. 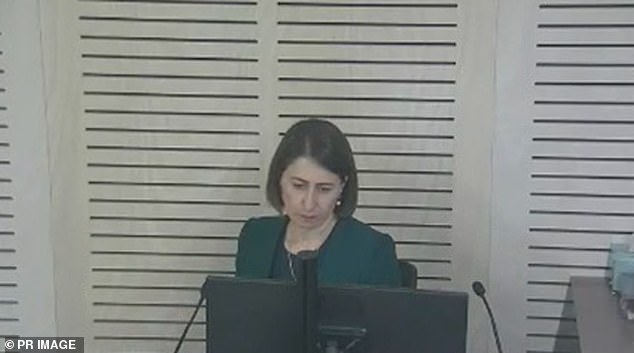 Gladys Berejiklian could become the third Liberal premier in New South Wales to be brought down by the anti-corruption her side of politics created. She is pictured in the Independent Commission Against Corruption witness box on Monday

Mr Metherell had quit the Liberal Party and was an influential independent crossbencher who was offered a job in the Department of Environment in a bid to entice him to quit a hung Parliament, so the government could win back his seat of Davidson on Sydney’s North Shore.

NICK GREINER: The Independent Commission Against Corruption was established by the Greiner Government in 1988 only for the Terry Metherell affair to force his resignation in June 1992

Mr Metherell, a former Liberal education minister, was now an independent in a hung parliament and he was offered a job running the new Environment Protection Agency, within the department, so the government could win back his Sydney North Shore seat of Davidson

BARRY O’FARRELL: A month after winning a landslide election victory, Mr O’Farrell in April 2011 was gifted a $3,000 bottle of Grange Hermitage which he didn’t declare

He had received the gift in April 2011 – a month after he won a landslide Coalition election victory that ended 16 years of Labor rule, following a series of scandals in Kristina Keneally’s short-lived government.

Former Australian Water Holdings chief executive Nick Di Girolamo, whose company had been a Liberal Party donor, had given Mr O’Farrell that infamous bottle of wine.

Ms Berejiklian made the stunning admission about her relationship with a former political colleague, who has property interests, while giving evidence at the ICAC inquiry into corruption allegations against Mr Maguire last year.

Ms Berejiklian revealed she had a ‘personal attachment’ to Mr Maguire after working together for more than 15 years. She said their relationship began in 2015.

‘I would like to state at the outset Mr Maguire was a colleague of 15 years, he was someone that I trusted,’ she said.

‘That developed into a close personal relationship.’ 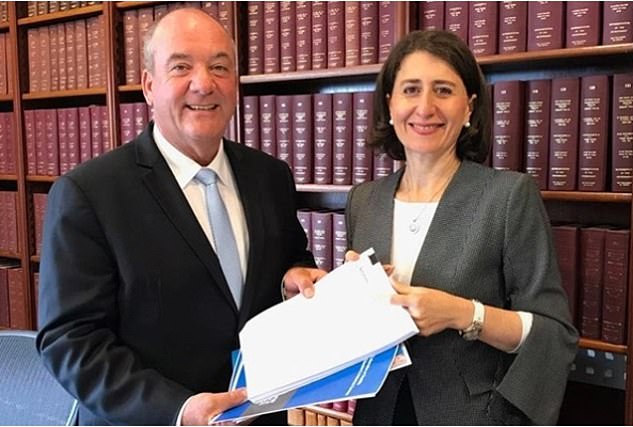 Ms Berejiklian can be heard saying former chief-of-staff Sarah Cruickshank had concerns about his travel.

‘I just got home, did Sarah ring you from my office?’

‘She sent me a text, when she has to ring a member of Parliament she lets me know.’ 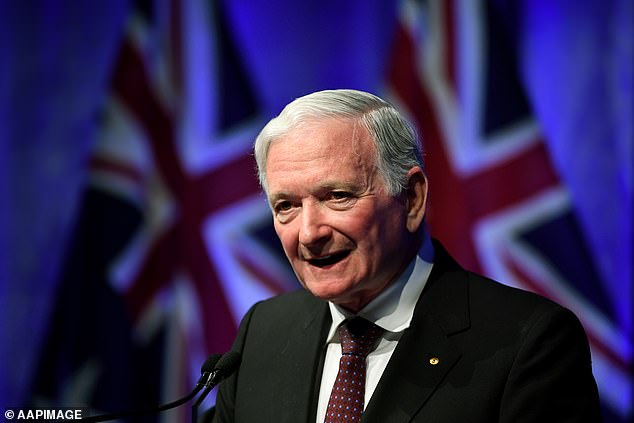 Nick Greiner became its first victim in 1992 – just four years after he established the Independent Commission Against Corruption in a bid to uncover Labor scandals during Neville Wran’s decade in power. He is pictured in 2018

‘They seem to think it’s in your electorate. I didn’t say anything, It’s none of my business, I’m just letting you know.’

Mr Maguire went on to use ‘offensive language’ to explain why he was going to China.

‘I will [interfere]… these bureaucrats don’t care… they’re shaking hands, they are sucking people’s d***s and they are turning up to everything and they do nothing,’ he said.

In September 2018, the Liberal Party lost the previously safe southern NSW seat of Wagga Wagga, with a 28 per cent swing against it, after Mr Maguire was asked to quit Parliament, sparking a by-election just six months before the state election.

The Liberal Party had previously held the seat uninterrupted since 1957. 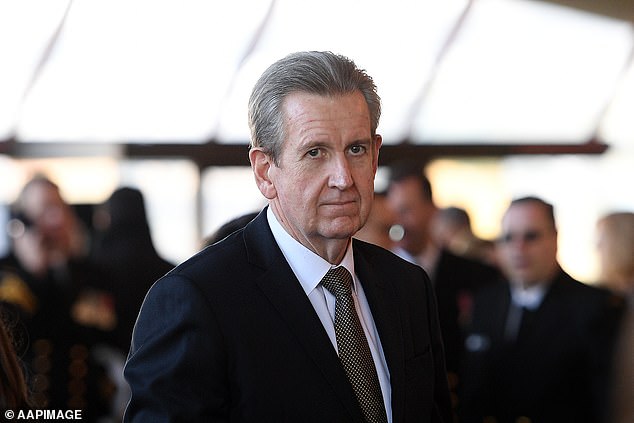 Little more than two decades later, in 2014, Barry O’Farrell resigned over an undeclared $3,000 bottle of Grange Hermitage, bottled in the year of his birth – 1959

Nonetheless, Ms Berejiklian won the March 2019 state election, securing the Coalition a third consecutive term in NSW – a feat last achieved in 1971 on her side of politics – without winning back Wagga Wagga.

ICAC’s victims didn’t fade from public life with Mr O’Farrell in May appointed as Australia’s High Commissioner to India.

A month later, in June, Mr Greiner was appointed as Australia’s consul-general in New York, a post he took up in August. 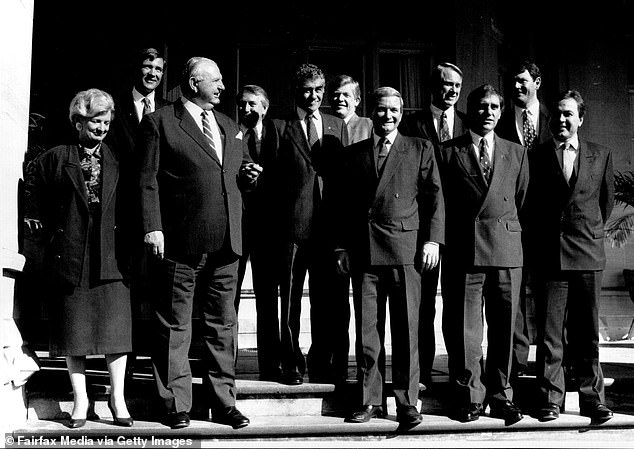 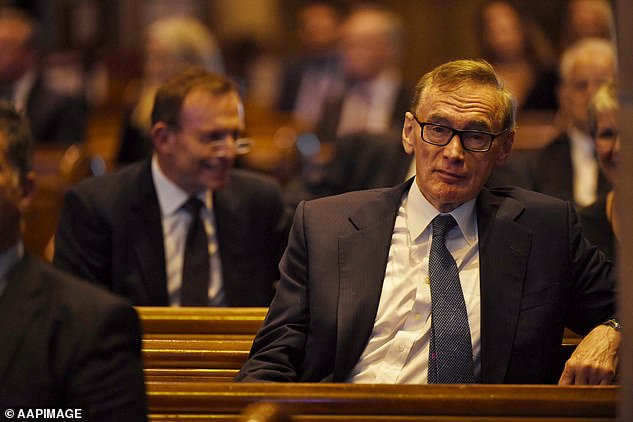 Bob Carr in 1988 had threatened to resign as Labor leader after sections of his party, including Right-faction powerbroker Graham Richardson, opposed ICAC on the grounds it would be a witch hunt body that would be going after former Labor ministers. He is pictured in September 2020 at his Liberal predecessor John Fahey’s funeral

This followed a stint as the Liberal Party’s NSW president and a post-politics career as a company director including a role as chairman of tobacco company WD & Ho Wills.

Mr Carr in 1988 had threatened to resign as Labor leader after sections of his party, including Right-faction powerbroker Graham Richardson, opposed ICAC on the grounds it would be a witch hunt body that would be going after former Labor ministers. 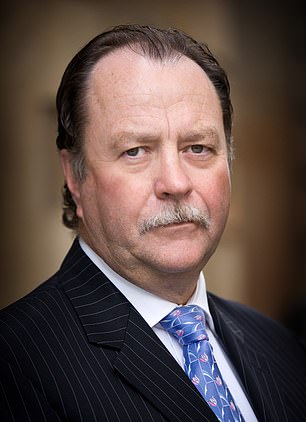 Mr Carr’s former chief-of-staff Bruce Hawker, a founder of the Hawker Britton government relations firm, said Mr Carr had made the right decision to back ICAC, despite misgivings from his side of politics at the time

His former chief-of-staff Bruce Hawker, a founder of the Hawker Britton government relations firm, said Mr Carr had made the right decision, despite misgivings from his side of politics at the time.

‘Bob Carr was absolutely resolute, Bob said – “I’m sorry, but this is the right thing to do”,’ he told Daily Mail Australia.

‘It was intended to get the Labor Party and the first real victim to be caught by it was Nick Greiner himself.

‘A lot of politicians have gone down as a result of ICAC but I think that shows it works, in a way.’

While ICAC hasn’t yet brought down any NSW Labor premiers, its evidence led to the jailing of former Carr Government ministers Eddie Obeid and Ian Macdonald, in 2016 and 2017.

Mr Hawker said the latest revelations about Ms Berejiklian showed all MPs had to be on guard at all times.

‘It just goes to show that when you live and breath politics, you’re always going to have to make sure that everything you say and do is above reproach, otherwise you are going to get caught up in corruption inquiries at some stage,’ he said.