Roma stunned Europe last night with their incredible 3-0 victory at home to Barcelona in the second leg of their Champions League quarter-final encounter, which saw the Italian side prevail on away goals after the tie ended 4-4 on aggregate.

Goals from Edin Dzeko, Daniele De Rossi and Kostas Manolas saw Roma go through and, unsurprisingly, the incredible game provoked quite a reaction on social media.

The official Roma account, for instance, couldn’t contain its excitement at the outcome. 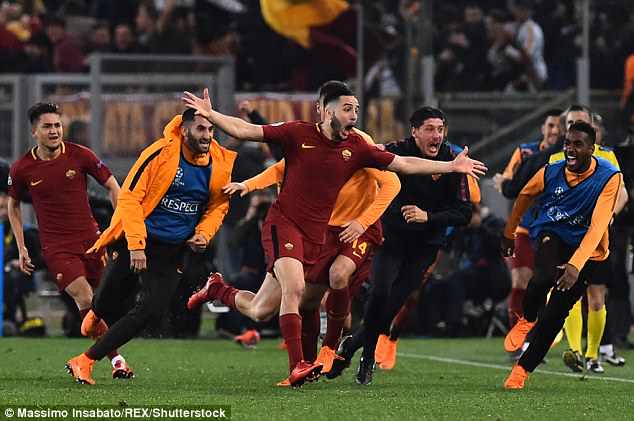 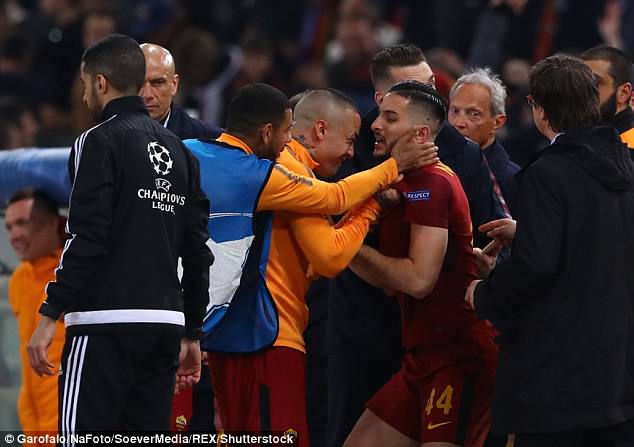 Manolas’ goal sparked jubilant scenes amongst both players and supporters 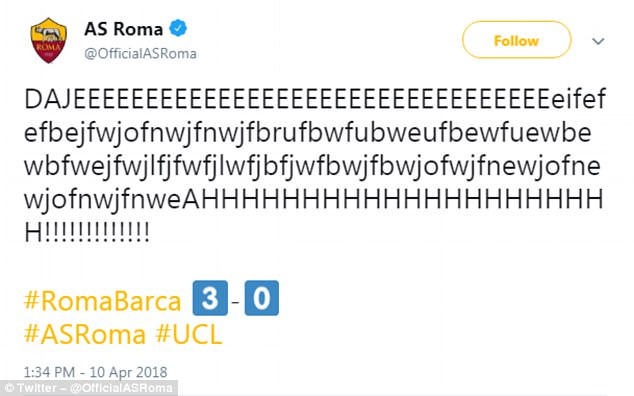 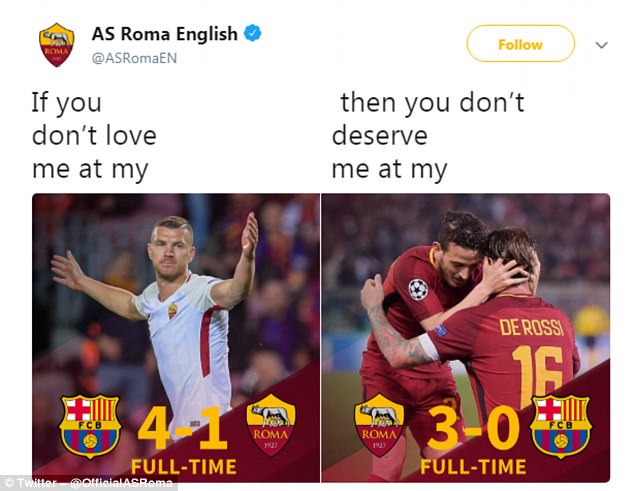 Roma also posted a video of jubilant scenes in the press box after the game, with journalists celebrating the shock win.

The celebrations continued for Roma long into the night, with some of the club’s fans seen partying in the street at 1am.

If that wasn’t enough, the club’s president James Pallotta also got in on the act as he jumped into a fountain.

Roma will now hope to cause further upsets and win the Champions League for the first time in their history, but, whatever happens, their stunning success against Barcelona won’t be forgotten quickly.