‘It was the hardest thing I’ve ever had to do’: The incredible sacrifice behind Australian cyclist’s epic Tour de France victory

Australian cyclist Caleb Ewan has revealed the incredible sacrifice he made to secure an epic victory in the Tour de France.

The 25-year-old won a tight sprint against Dutchman Dylan Groenewegen during the Stage 11 race in Toulouse on Wednesday.

But the win was only possible after his wife let him fly out to France, leaving his baby daughter Lily in hospital after she was born prematurely last month.

‘I have to thank my wife so much for being so supportive,’ Ewan said on Fox Sports News.

‘It was a really tough time leading up to the Tour. My daughter was in hospital for one month leading up to this and it was so hard leaving her because I didn’t get to take her home.

‘It’s probably the hardest thing I’ve ever had to do; come to a race and leave my daughter in hospital and I’m just so happy that I could repay my new family with such a big thing and I’m so grateful they let me come here and realise my dream,’ he said.

The huge win almost didn’t happen after his lead-out man, Jasper De Buyst, crashed out with 15km to go on the 167km stage.

De Buyst’s job was to guide Ewans to the final stretch, with the sprinter only just managing to avoid being brought down by the accident ahead of him. 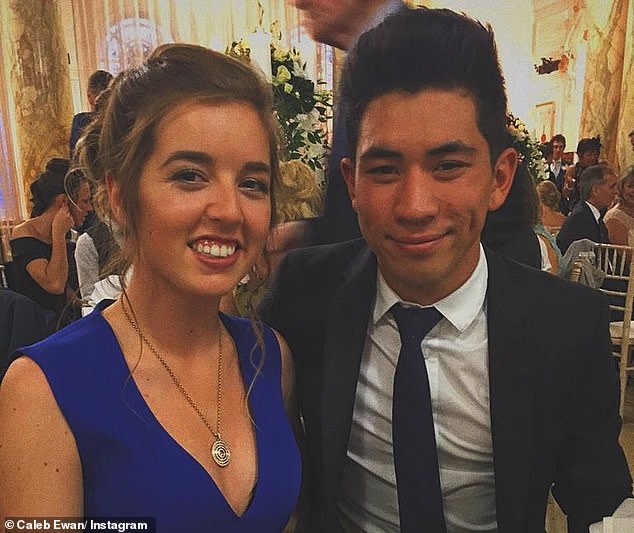 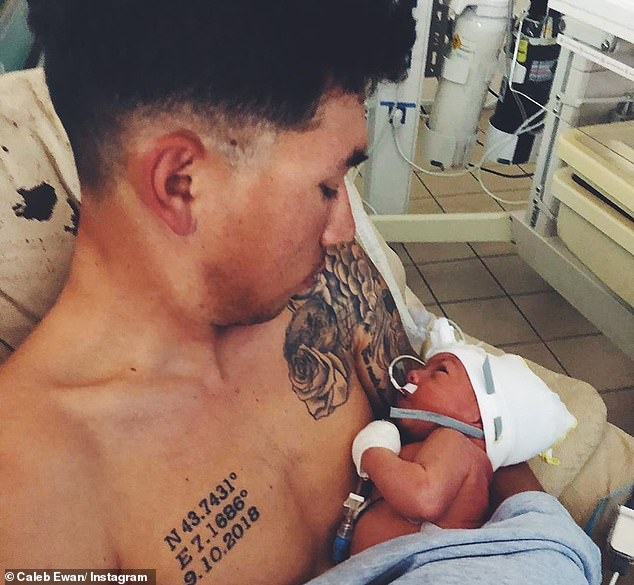 ‘He was right in front of me when he crashed so I really had to slow down a lot and I was at the back of the bunch so close to the finish line,’ Ewan said.

‘But I stayed calm and Roger Kluge came back for me, he really brought me to the front and put me on Groenewegen’s wheel, so without him I couldn’t have won.’

The teammate Kluge changed from his second-to-last man position and pushed Ewan to the finish. 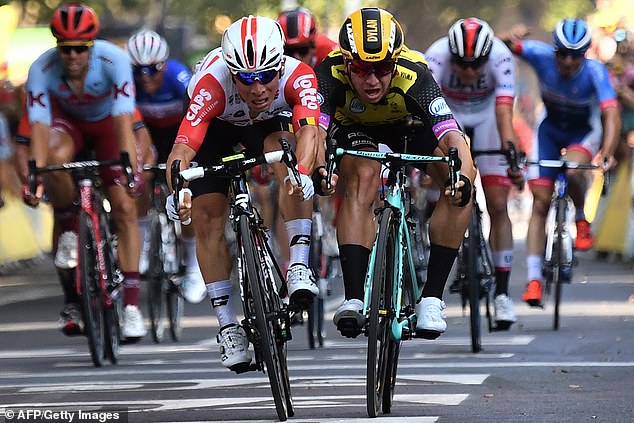 The huge win almost didn’t happen after his lead-out man, Jasper De Buyst, crashed out with 15km to go on the 167km stage but teammate Roger Kluge stepped up and guided him to the final sprint

Ewan has been extremely close to enjoying a win during this year’s tour, coming second and third in late sprint stages.

‘I’ve been close in the last four sprints I’ve done, and my team never lost faith in me,’ Ewan said.

‘I never lost faith in my sprint. I knew if everything came together then I can be the fastest on the day, and today I showed that.’

Ewan has now taken a stage win in all  three of the major tours including the Giro d’Italia and the Vuelta a Espana.