The joys of a sexless marriage: One woman explains why she’s happy to read a good book instead

‘There are benefits to a sexless marriage’: One woman explains why she’s happy to read a good book instead

By Anna Moore For You Magazine

We’ve discovered that over half of long-term couples wouldn’t be worried if sex dried up. Susan – married for 20 years, celibate for seven – explains why she’s happy to read a good book instead. As told to Anna Moore.

From the start, Ed had a lower sex drive than I did, but he was very intelligent, interesting, funny – lovely to be around. We were the same age but he’d done amazing things all around the world: sailing, marathons, mountain biking. We’d spend intense weekends together, involving talking late into the night, spontaneous drives across the country, wild camping, loads of adventures – and some sex thrown in. Ed told me that it was the best sex he’d ever had… which wasn’t the case for me.

The connection was undeniable, but by the time we were talking of marriage, the lack of sex concerned me enough to ask Ed to come to counselling with me. He agreed and was open and honest about sex – he always has been. He said he didn’t doubt his feelings for me, but for him sex has just never figured highly.

We would go through periods where he’d make the effort to have more sex – but I could tell it was an effort. Sex would drop off the radar again, down to every other month, then maybe four or five times a year. Having children sealed the deal. We were both knackered and overwhelmed. Sleep became a horrendous problem for me, and Ed drifted to the futon in the office. When we moved house five years ago we looked for a place with a bedroom each, and our own en-suite bathrooms. There’s no sneaking into each other’s beds in the night. We haven’t had sex since the children were very young.

You can’t have it all, but we do have a very content, strong, solid marriage

It’s not something I talk about much because I hate people judging us. I know what they’re thinking: it’s a sham marriage, we’re on the brink of divorce, one of us must be having an affair or Ed is secretly gay. I’ve wondered about the last one too, but I’ve never seen any evidence. I believe what he said from the start: he’s just not that bothered.

You can’t have it all – but what we do have is a very content, strong, solid marriage. Ed is my best friend and an excellent, very involved dad. We’re financially comfortable, our children seem to be sorted and doing well, and we enjoy life.

We’re open with each other; we talk about everything. Ed still brings me a cup of tea each morning. He sometimes surprises me with dinner or a day out somewhere weird and unexpected. We have lots of holidays as we all love to travel. We lean into each other, hold hands, kiss goodbye and hello. It’s not a cold relationship. 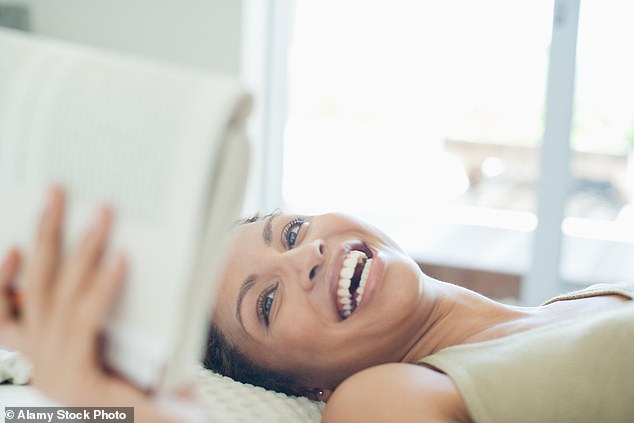 ‘You realise just how obsessed society is when you’re living your life without sex’, says Susan

You realise just how obsessed society is when you’re living your life without sex. It’s not just Fifty Shades of Grey and Love Island, it’s also Doctor Foster, The Split, Poldark! It’s all about one thing only – sex. Yet I’m sure that there are thousands of couples like us getting on with their lives and quite happy to get into bed with a good book instead.

If someone told me I’ll never have sex again, it probably would make me feel a bit panicky but, realistically, that’s the way my life is heading. I like to focus on what I do have – a gorgeous family and a lovely home – rather than what I don’t. I’m very lucky. After all, it’s only sex.