The King at Cop27 would be ‘very powerful’, US climate envoy John Kerry says

King Charles’ attendance at the Cop27 UN climate summit in Egypt would be ‘very powerful’ and ‘make a difference’, John Kerry has said.

The US Special Envoy on Climate Change made the comments as Britain’s new prime minister Rishi Sunak announced he would not be attending the event, which begins on November 6.

It comes after former prime minister Liz Truss asked the new king to sit out the summit earlier this month, despite his passion for environmental issues.

On the King attending Cop27, Mr Kerry said in an interview: ‘I think it would be terrific, personally.

‘I know that his being there would make a difference… because he has credibility because he’s been a long-term leader.

‘I think it would be very powerful.’

While Britain’s heads of state are obliged to remain neutral, Mr Kerry last week insisted climate change was no longer a political issue.

Mr Kerry, a former US presidential candidate, said: ‘It’s a generic broad, based, existential issue for the world, and his leadership has been very important.’

King Charles’ attendance at the Cop27 UN climate summit in Egypt would be ‘very powerful’ and ‘make a difference’, John Kerry has said 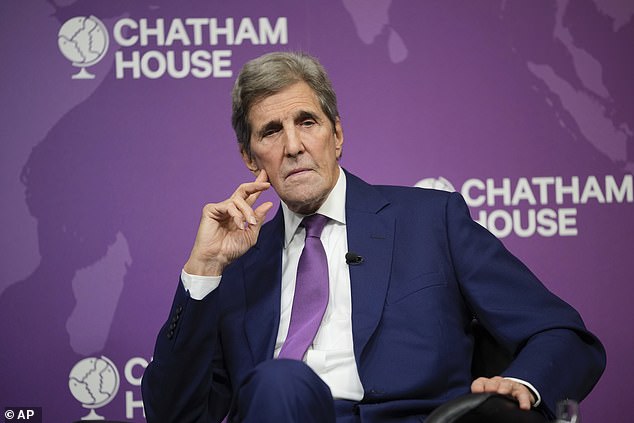 On the King attending Cop27, John Kerry (pictured) said in an interview: ‘I think it would be terrific, personally.’

As Prince of Wales, the monarch had been planning to attend Cop27, having spent decades campaigning on climate issues.

He visited Egypt last November with the government’s blessing to urge the country’s administration on its efforts, and held a meeting with President Abdul Fattah al-Sissi.

It comes as Mr Sunak’s climate credentials were under scrutiny on Friday after the new Prime Minister decided to snub Cop27, amid speculation that he could move to expand the windfall tax on energy companies.

Climate activists and opposition MPs have been urging the new prime minister to go further on his windfall tax as oil and gas giants see profits soar.

The Telegraph reported that Mr Sunak, who alongside Chancellor Jeremy Hunt is seeking out ways to plug a multi-billion pound fiscal black hole, is considering an expansion of the windfall tax that would see the levy potentially increased or expanded to included renewable energy generators.

Downing Street said ‘nothing is off the table’ ahead of Mr Hunt’s autumn budget on November 17.

It comes after Shell avoided paying the levy despite a doubling of profits fuelled by soaring energy prices.

Next month’s financial statement was given as one of the reasons that Mr Sunak will be unable to attend Cop27, the global climate summit due to take place next month in Egypt. 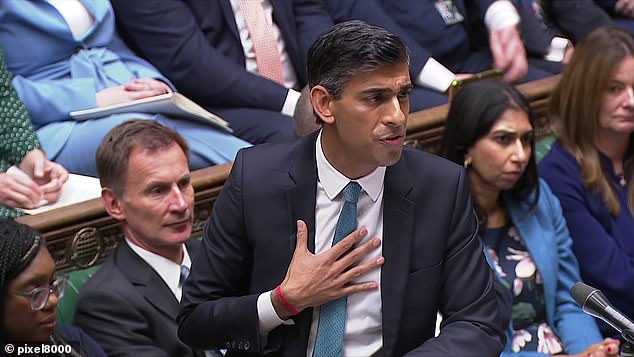 Rishi Sunak’s climate credentials were under scrutiny on Friday after the new Prime Minister decided to snub Cop27, amid speculation that he could move to expand the windfall tax on energy companies

Liz Truss had been due to attend but Mr Sunak, who is expected to visit south London on Friday morning, has decided not to attend.

The move prompted an backlash from campaigners and the opposition, with Labour leader Sir Keir Starmer tweeting: ‘Britain showing up to work with world leaders is an opportunity to grasp. Not an event to shun.’

A Downing Street spokeswoman said Mr Sunak was focusing on domestic issues including preparations for the autumn budget, which has been delayed from Monday to November 17.

She said the UK will be ‘fully represented’ by Cop26 President Alok Sharma and ‘other senior ministers’.

‘We remain committed to net zero and to leading international and domestic action to tackle climate change. The UK is forging ahead of many other countries on net zero,’ she said.

It comes as new polling indicates that the elevation of Mr Sunak to Conservative leader might have registered with approval among some voters.

New polling by YouGov put the Tories on 23% to Labour at 51%, a four percentage point bounce the Conservatives from a week ago.