It is a work that sends the nation’s spirits soaring.

So fittingly, The Lark Ascending by Ralph Vaughan Williams has been voted the nation’s favourite piece of classical music for the second year running.

The 15-minute work, written in 1914, topped this year’s Classic FM Hall of Fame.

Sir Karl Jenkins was named the UK’s most popular living composer, with The Armed Man: A Mass For Peace his highest entry at number 22.

On the 250th anniversary year of his birth, Beethoven has been voted the nation’s most popular composer, alongside Mozart – with both scoring 17 entries in the chart.

There are also a record 28 film soundtracks on this year’s list, with John Williams’ Schindler’s List score voted both the most popular piece by a living composer and the top film score.

Classic FM presenter John Suchet said of the annual vote: ‘Over the past 25 years, the Classic FM Hall of Fame has become a barometer of the nation’s tastes in classical music – and it couldn’t be more relevant than now. 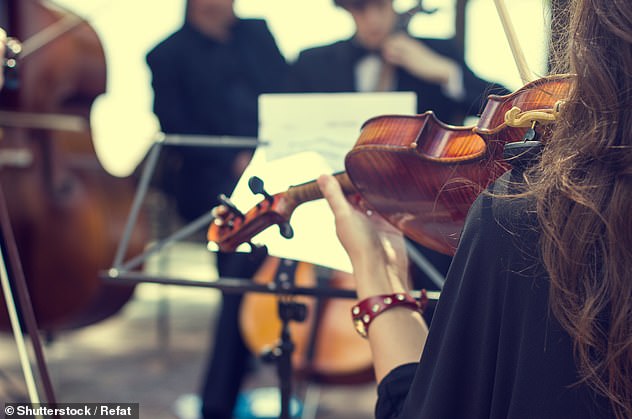 ‘With over 130,000 votes – the highest in four years – more and more people are turning to classical music.

‘It’s fascinating to see the variety of music that the nation has chosen in these uncertain times – from familiar pieces such as The Lark Ascending and Rachmaninov’s Piano Concerto No.2; Elgar’s stirring Enigma Variations and Cello Concerto, to film scores including Schindler’s List, Star Wars and Harry Potter.

‘It shows that classical music really is for everyone.’