Authorities say there has been one more fatality in the Camp wildfire, bringing the death toll from it to 84.

They also say the fire is 95 percent contained. The blaze that started Nov. 8 leveled Paradise, destroying more than 13,000 homes.

Authorities stressed that many of the people on the list may be safe and unaware they have been reported missing.

Residences leveled by a wildfire line a neighborhood in Paradise, Calif. on Nov. 15, 2018 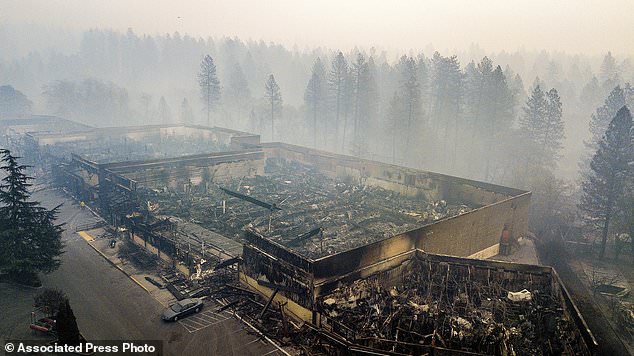 Smoke hangs over the scorched remains of Old Town Plaza following the wildfire in Paradise on Nov. 15, 2018 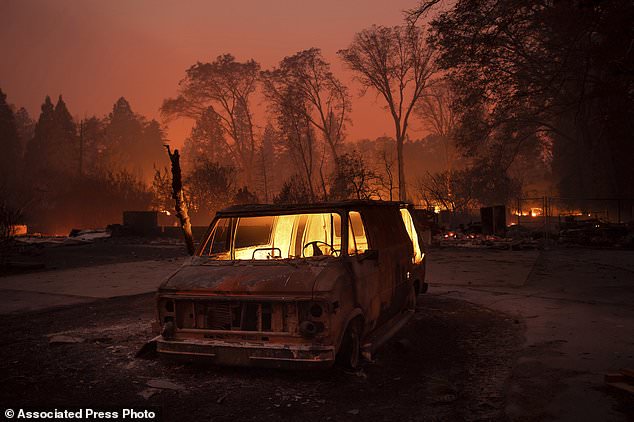 Flames burn inside a van as the Camp Fire tears through Paradise on Nov. 8, 2018

Paradise is about 140 miles north of San Francisco.

More rain is on the way for northern California, helping firefighters extinguish the last of the wildfires, but increasing the risk of landslides in the scorched Sierra Nevada foothills.

Between 1 to 3 inches of rain will fall between Friday and Sunday, adding to the 3 inches that already fell this week, the National Weather Service said.

At least 84 people died in the so-called Camp Fire which started more than two weeks ago, and as many as 560 are believed missing.

The fire was 95 percent contained across 154,000 acres, officials said early on Friday, in and around Paradise, a mountain town of nearly 27,000 people, some 175 miles northeast San Francisco. 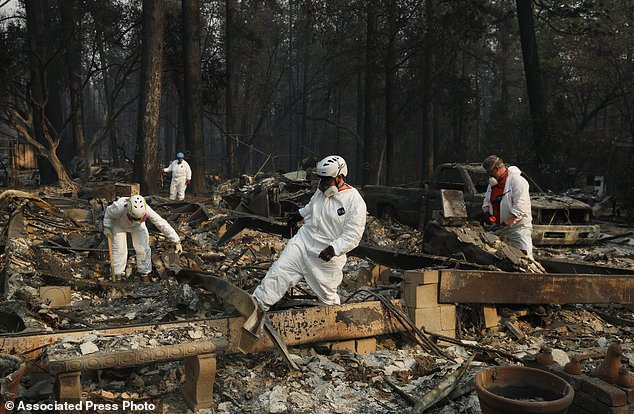 Search and rescue personnel search a home for human remains in the aftermath of the Camp Fire on Nov. 16, 2018 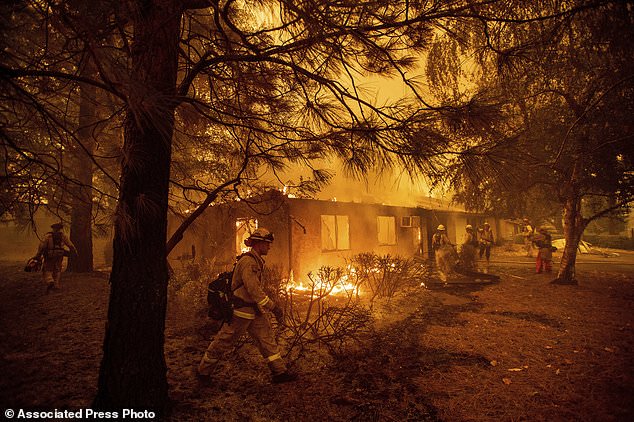 Firefighters work to keep flames from spreading through the Shadowbrook apartment complex as a wildfire burns through Paradise on Nov. 9, 2018 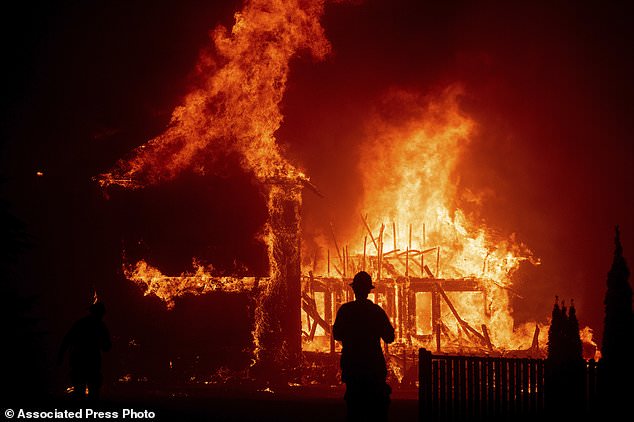 A home burns as the Camp Fire rages through Paradise on Nov. 8, 2018

Hundreds of volunteers and police officers spent the Thanksgiving holiday combing through the wreckage, searching for the remains of victims killed in the blaze as the ongoing rains looked set to complicate their work.

‘It’s the vegetation that holds the soil in place,’ Brian Hurley, a forecaster with the NWS’s Weather Prediction Center in College Park, Maryland, said.

‘Without that vegetation, all bets are off when the rain hits.’ 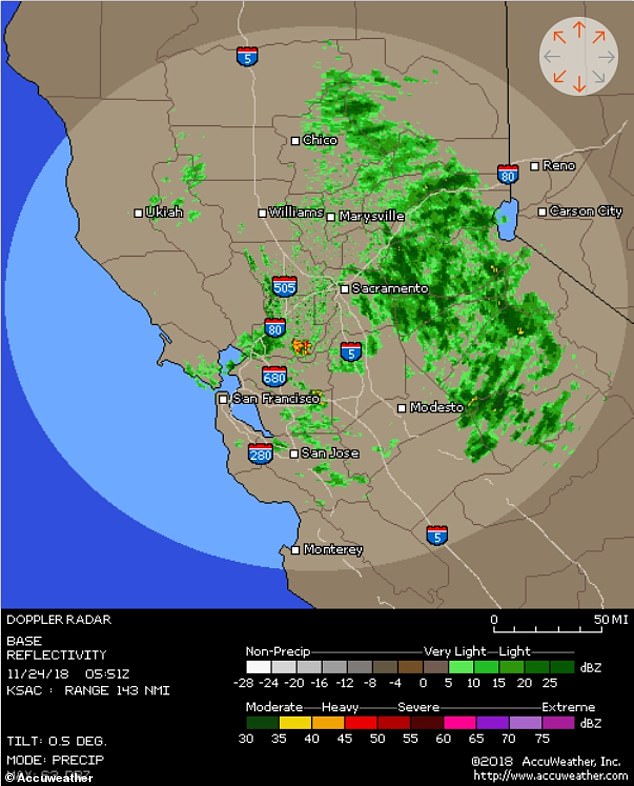 More rain is on the way for northern California, helping firefighters extinguish the last of the wildfires 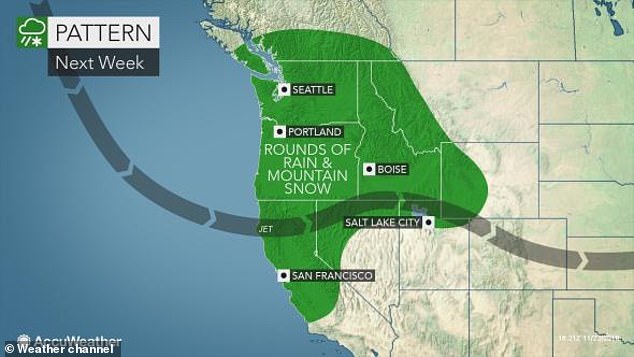 Between 1 to 3 inches of rain will fall between Friday and Sunday, adding to the 3 inches that already fell this week, the National Weather Service said

Hundreds of people forced to flee Paradise spent Thanksgiving in warehouses in the nearby city of Chico.

Celebrity chef Jose Andres was among the volunteers bringing some festive cheer by cooking Thanksgiving meals for evacuees.

The cause of the Camp Fire, which destroyed more than 13,500 homes, remains under investigation.

A separate California wildfire – the Woolsey Fire, which killed three people and threatened the wealthy beachfront enclave of Malibu near Los Angeles – was declared 100-percent contained on Wednesday. 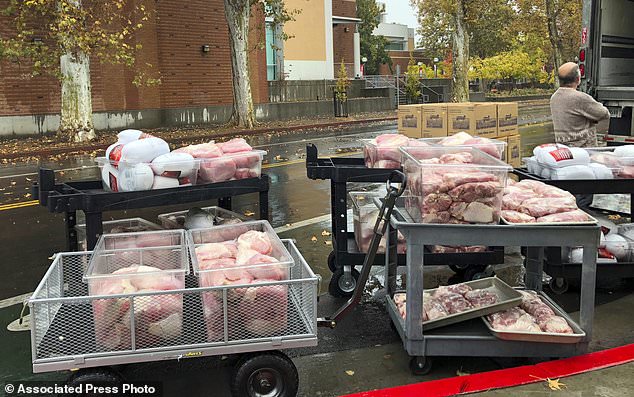 Hundreds of frozen turkeys are unloaded on the campus of California State University, in Chico, Calif. on Nov. 21, 2018 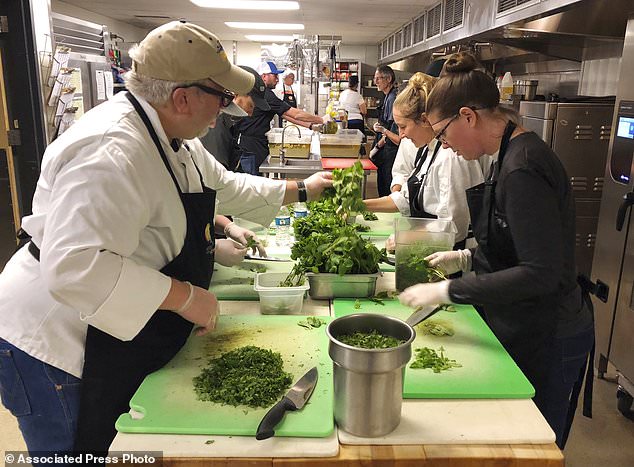 Michael Reining, left, and Chelsea Meddings, right, chop mint in preparation for a community Thanksgiving meal for survivors of the deadly Camp Fire in Northern California, on the campus of California State University, in Chico, Calif. on Nov. 21, 2018 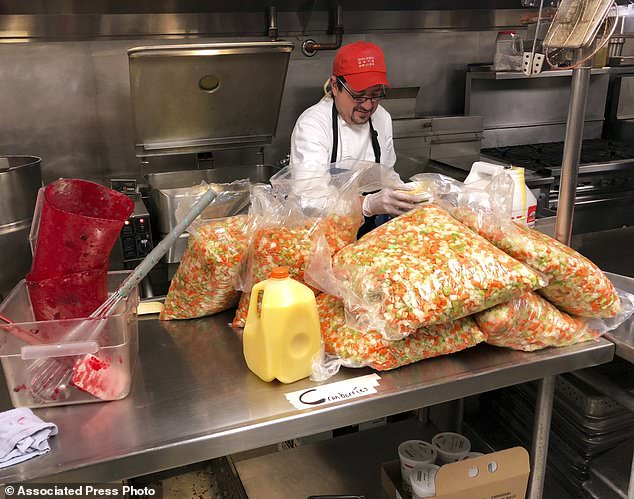 Mick Zalis oversees preparations for a Thanksgiving dinner to be served for people displaced by the Northern California Camp wildfire on the campus of California State University, in Chico on Nov. 21, 2018 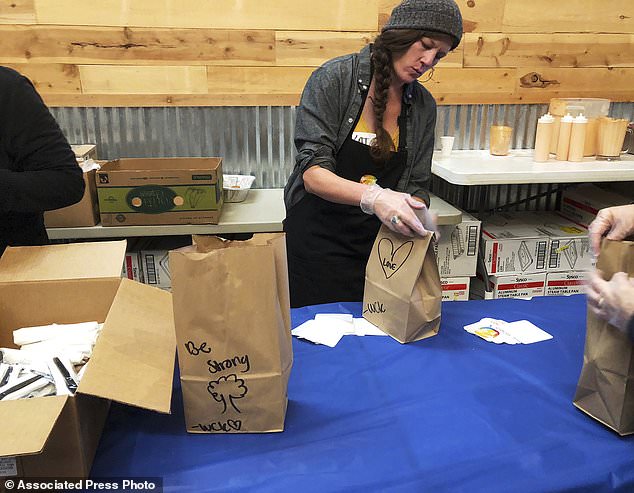 Katherine Clement, a volunteer from Oakland, Calif., prepares bagged lunches for firefighters as she works with the nonprofit World Central Kitchen, which is also hosting a Thanksgiving meal for people displaced by the Camp Fire