The Latest: Heller, Trump praise each other in Las Vegas

The Latest: Heller, Trump praise each other in Las Vegas

LAS VEGAS (AP) – The Latest on a rally for Nevada Sen. Dean Heller (all times local):

President Donald Trump and Nevada Republican Sen. Dean Heller are praising each other at a rally in Las Vegas.

FILE- In this April 20, 2018, file photo, Sen. Dean Heller, R-Nev., speaks at a picnic for veterans in Las Vegas. Democrats hoping to take control of the U.S. Senate in November believe one of their best chances to pick up a seat this year lies in battleground Nevada, where Sen. Dean Heller is the only Republican running for re-election in a state that Democrat Hillary Clinton carried in 2016. (AP Photo/John Locher, File)

Trump told the crowd that he and Heller didn’t like each other and fought when they started out, but that eventually they grew to respect, like and even love each other.

Heller was once a critic of Trump who drew his ire last year while holding up GOP efforts to repeal the Affordable Care Act. They’ve since become allies.

The president is holding the rally Thursday and a veterans’ event and fundraiser in Las Vegas on Friday to boost Heller’s neck-and-neck race for re-election.

Heller credited the president for improving the economy, the job market, and the U.S. Department of Veterans Affairs.

Republicans’ chances of keeping their majority in the U.S. Senate have become shakier as races in red states have tightened, but the party’s most vulnerable member insists he’s bullish about his re-election.

He says he’s confident he’ll win, but he’s in the fight of his career to keep his seat in a blue-trending state that Hillary Clinton carried in 2016.

To do that, he’s performing political acrobatics. He’s aligning himself with President Donald Trump while trying to keep his distance from the scandals surrounding Trump.

Heller is set to hold his second campaign rally and fundraiser with the president Thursday and Friday in Las Vegas. 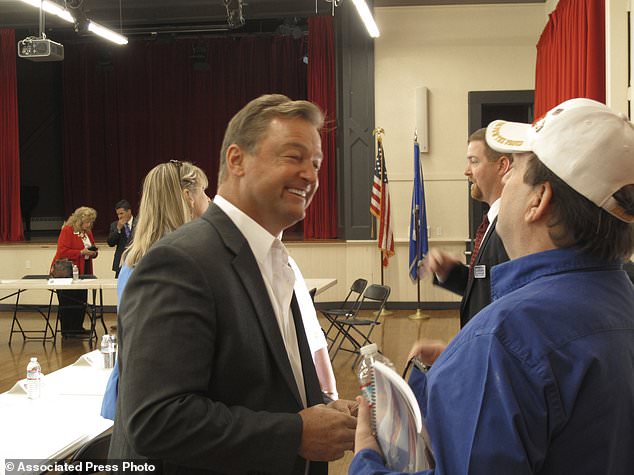 In this Friday, Sept. 14, 2018 photo, Sen. Dean Heller, R-Nev., listens to a veteran’s concerns following a roundtable in Reno, Nev. Heller is considered one of the most vulnerable GOP incumbents running in November in his race against Rep. Jacky Rosen, D-Nev. Heller is set to hold his second campaign rally and fundraiser with President Donald Trump Thursday and Friday in Las Vegas. (AP Photo/Scott Sonner) 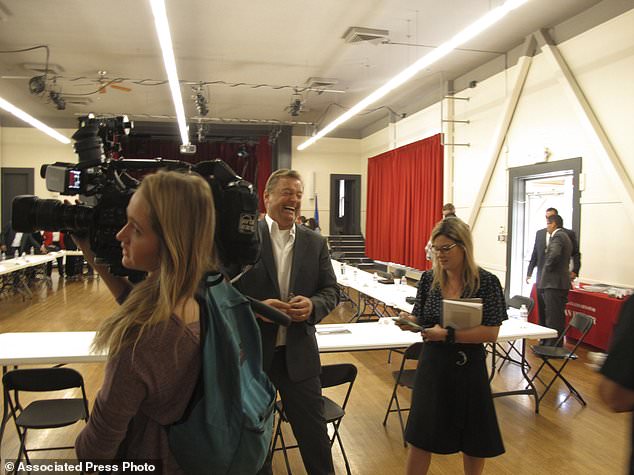 In this Sept. 14, 2018 photo, Sen. Dean Heller, R-Nev., laughs with an aide following a veterans roundtable in Reno, Nev. Heller is considered one of the most vulnerable GOP incumbents running in November in his race against Rep. Jacky Rosen, D-Nev. He’s the only incumbent seeking re-election in a state that Democrat Hillary Clinton carried in her loss to President Donald Trump. (AP Photo/Scott Sonner)