The Latest: Svitolina to face Sevastova in US Open’s…

Elina Svitolina, of Ukraine, returns a shot to Qiang Wang, of China, during the third round of the U.S. Open tennis tournament, Friday, Aug. 31, 2018, in New York. (AP Photo/Seth Wenig)

Svitolina will try to reach the quarterfinals at a Grand Slam tournament for the fourth time when she faces No. 19 Anastasija Sevastova on Sunday.

Defending U.S. Open champion Sloane Stephens grabbed the last three games after a brief break while the Arthur Ashe Stadium roof was shut because of a light rain and beat two-time runner-up Victoria Azarenka 6-3, 6-4 to reach the fourth round.

Stephens had gone from leading 3-1 to trailing 4-3 in the second set when drops fell and the decision was made to close the arena.

When Stephens ended the match with a cross-court forehand winner, she pumped both arms repeatedly. After shaking hands with Azarenka, Stephens again celebrated that way.

The No. 3 seed Stephens will face No. 15 Elise Mertens next.

The retractable roof on Arthur Ashe Stadium was closed because of light rain during the second set of defending U.S. Open champion Sloane Stephens’ third-round match against Victoria Azarenka.

The match was delayed for less than 10 minutes.

Play continued on other courts without interruption, including the new Louis Armstrong Stadium, which has a retractable roof, too.

No. 15 seed Elise Mertens continued her breakthrough season by reaching the U.S. Open’s fourth round with a 6-3, 7-6 (4) victory over No. 23 Barbora Strycova.

Mertens had never won a match at Flushing Meadows until this week.

The 22-year-old Belgian has now completed a full set of career-best showings at each Grand Slam tournament in 2018. She got to the semifinals at the Australian Open, the fourth round at the French Open and the third round at Wimbledon.

Mertens will next play Sloane Stephens or Victoria Azarenka.

The chair umpire who climbed out of his seat to talk with Nick Kyrgios during a second-round match will continue to officiate during the U.S. Open.

But Widmaier said that Lahyani would not be sanctioned, on account of his “exemplary track record as an international tennis official.”

Defending U.S. Open champions Rafael Nadal and Sloane Stephens are on the schedule for the third round at Flushing Meadows.

The No. 3-seeded Stephens begins the day session in Arthur Ashe Stadium on Friday by facing former No. 1 Victoria Azarenka, a two-time Australian Open champion and two-time finalist in New York.

That will be followed by the top-ranked Nadal’s match against No. 27 Karen Khachanov of Russia.

The highlight of the night session in the main arena is the 30th tour-level matchup between Serena and Venus Williams. This is the earliest the sisters have played each other at a Grand Slam tournament since Venus beat Serena in the second round of the 1998 Australian Open, their first matchup as pros. 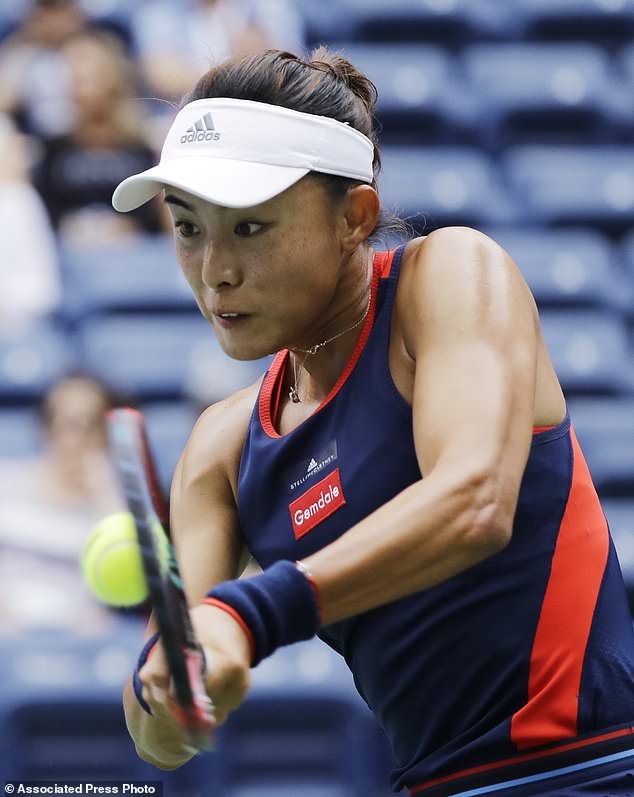 Qiang Wang, of China, returns a shot to Elina Svitolina, of Ukraine, during the third round of the U.S. Open tennis tournament, Friday, Aug. 31, 2018, in New York. (AP Photo/Seth Wenig) 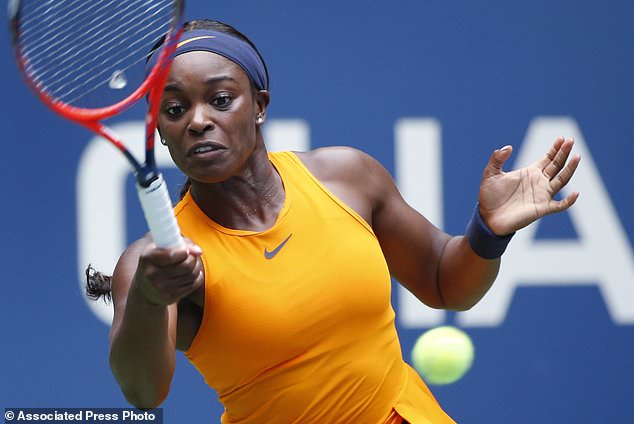 Sloane Stephens returns a shot to Victoria Azarenka, of Belarus, during the third round of the U.S. Open tennis tournament, Friday, Aug. 31, 2018, in New York. (AP Photo/Jason DeCrow) 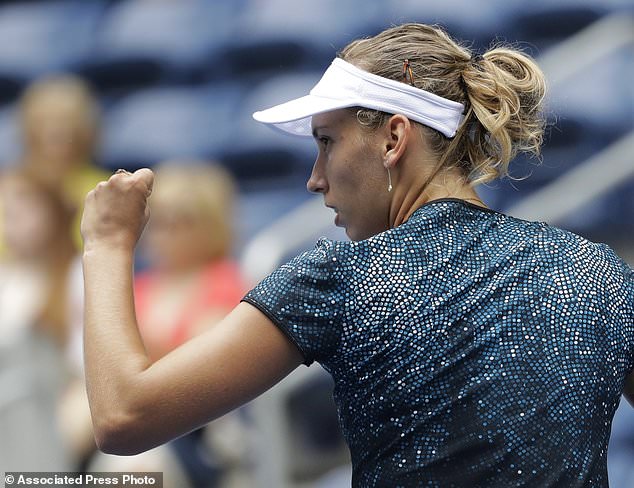 Elise Mertens, of Belgium, pumps her fist after winning a set against Barbora Strycova, of the Czech Republic, during the third round of the U.S. Open tennis tournament, Friday, Aug. 31, 2018, in New York. (AP Photo/Seth Wenig) 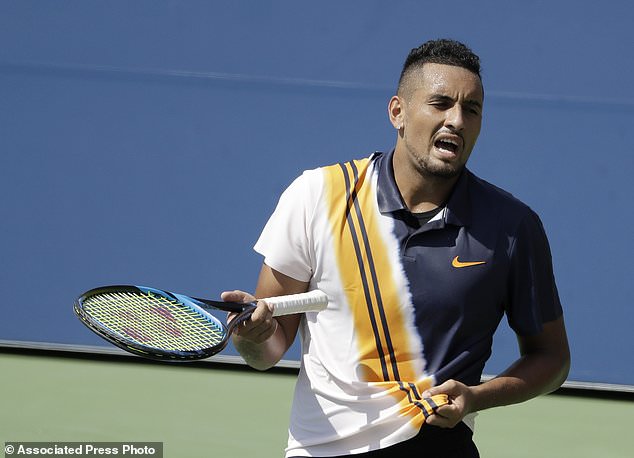 Nick Kyrgios, of Australia, talks to himself during a match 180against Pierre-Hugues Herbert, of France, during the second round of the U.S. Open tennis tournament, Thursday, Aug. 30, 2018, in New York. (AP Photo/Seth Wenig) 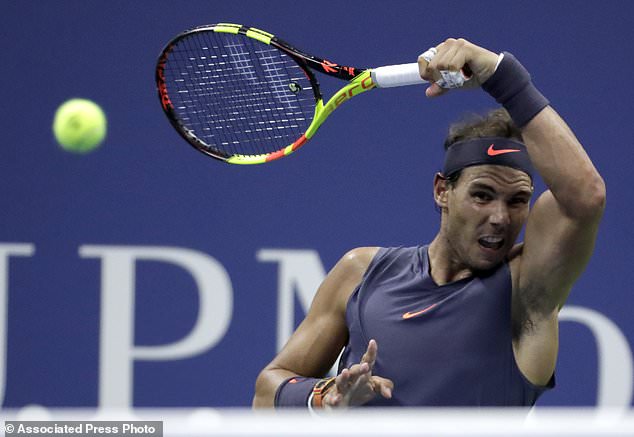 Rafael Nadal, of Spain, follows through on a forehand to Vasek Pospisil, of Canada, during the second round of the U.S. Open tennis tournament Wednesday, Aug. 29, 2018, in New York. (AP Photo/Julio Cortez)