Speaking Friday on retirement savings in Charlotte, N.C., Trump says, “I’m going to study that over the weekend,” calling it a fitting issue to explore over the Labor Day holiday. The White House is not immediately explaining Trump’s comment.

Trump announced Thursday he was nixing a 2.1 percent across-the-board raise for most workers effective in January, as well as separate locality pay increases averaging 25.7 percent. He cited the need to put the nation “on a fiscally sustainable course.”

The president last year signed a package of tax cuts that is forecast to add about $1.5 trillion to federal deficits over 10 years.

President Donald Trump is making fresh complaints about “dishonest reporting” after his private comments about critical trade negotiations with Canada were published.

Trump says Friday on Twitter: “Wow, I made OFF THE RECORD COMMENTS to Bloomberg concerning Canada, and this powerful understanding was BLATANTLY VIOLATED. Oh well, just more dishonest reporting. I am used to it. At least Canada knows where I stand!”

Trump criticized Canada during an Oval Office interview Thursday with Bloomberg News, and his comments were published Friday by the Toronto Star – the deadline for the U.S. and Canada to reach agreement. The U.S. and Mexico have already agreed to terms of a renegotiated North American Free Trade Agreement.

A White House spokeswoman says the U.S. and Canada continue to work toward a deal.

President Donald Trump has arrived in Charlotte, North Carolina, to sign an executive order on retirement security and headline a fundraiser for Republican candidates.

Administration officials say Trump will direct the Labor and Treasury departments to issue regulations to help small businesses pool together to provide retirement plans for their workers.

They say high costs discourage such employers from offering 401(k)s and other plans at a time when surveys show workers worry about being able to live comfortably in retirement.

Before he returns to Washington, Trump will raise money for GOP congressional candidates Rep. Ted Budd and Mark Harris, as well as North Carolina’s Republican Party and the National Republican Congressional Committee. The NRCC says the event is expected to draw 300 people and raise $750,000. 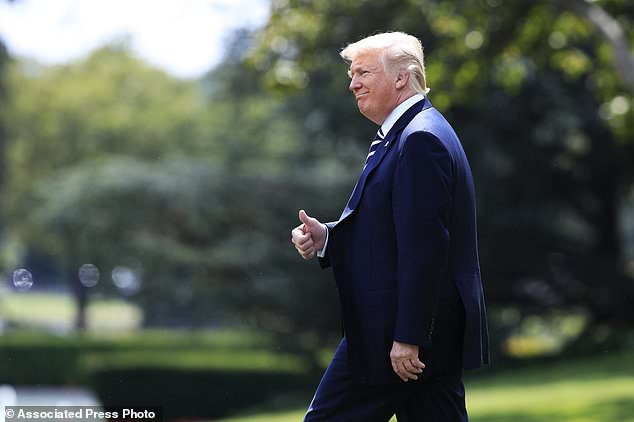 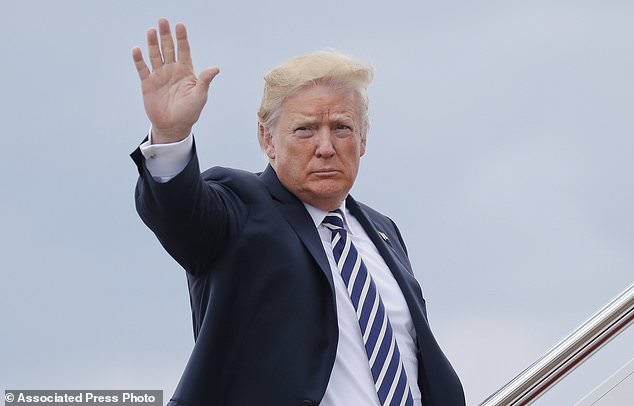 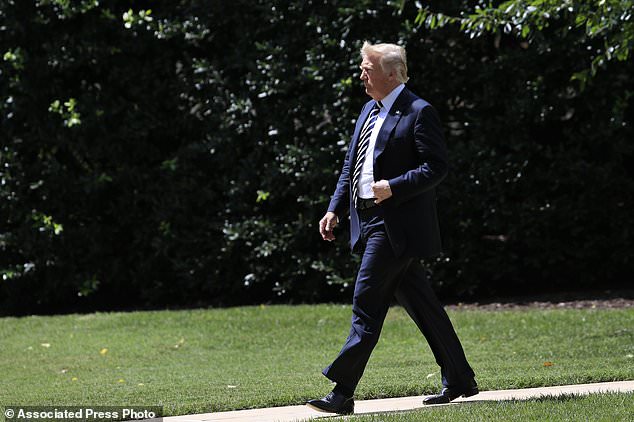 President Donald Trump walks from the Oval Office as he leaves the White House in Washington, Friday, Aug. 31, 2018, for a trip to Charlotte, N.C. (AP Photo/Manuel Balce Ceneta) 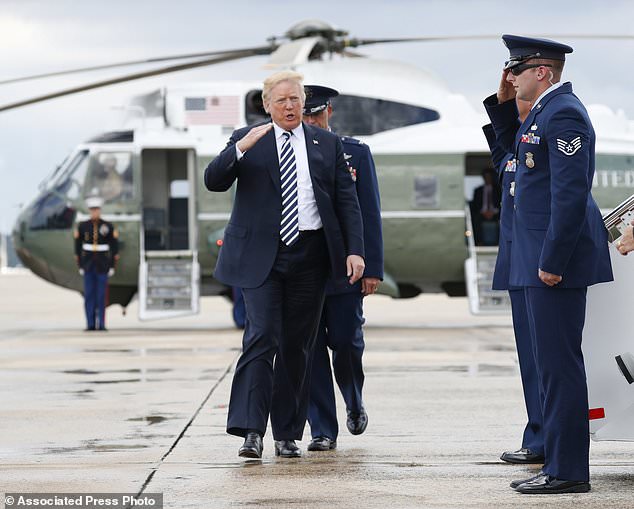